Advanced Search
Benjamin Disraeli is one of the most prominent names in the history of British politics. He was one of the few who paved the way for a great political revolution in his nation and increased the outreach of ‘The Conservative’ party’s visions and objectives. Though he initially struggled to find his place in the ‘House of Commons’, Benjamin took the political circles of his nation by storm after he arrived. After a period of thirty seven years since his arrival, he led his party to a thumping victory, and eventually went on to become the Prime Minister of Britain. Benjamin also has the reputation of being the only Jewish man in the history of Britain to have held the post of the Prime Minister. His leadership abilities got the attention of Queen Victoria, who named Benjamin the ‘Earl of Beaconsfield’, one of the highest political honours awarded to an individual. Disraeli also earned the reputation of being a great writer. He penned his thoughts in the form of a famous political pamphlet called ‘A Vindication of the English Constitution in a Letter to a Noble and Learned Lord by Disraeli the Younger’ and few books such as ‘Young Duke’ and ‘Contarini Fleming’. British People
Political Leaders
British Men
Male Leaders
British Leaders
Childhood & Early Life
Benjamin Disraeli was born on 21 December 1804 to Isaac D’Israeli and Maria Basevi, Basically of Jewish descent, Benjamin’s family had to adopt Christianity in 1817 after a difference in opinions between his father and members of the ‘Beavis Marks’ synagogue.
Disraeli barely studied for two to three years, apparently due to the lack of good educational facilities at the time. The only place where he got opportunity to study was at a ‘Dame School’, which was considered a great option back then.
In 1821, at the tender age of seventeen, Disraeli got an opportunity to work with a firm of legal practitioners. Though it was not something Disraeli was hugely interested in, he kept the employers happy through his service.
Disraeli’s father thought that this job would keep him financially secure and thought of getting him married to the daughter of the firm’s owner. However, Disraeli’s ambition of becoming a nationwide sensation, made him move towards politics. Disraeli admitted later that his tenure with the firm was a great experience. 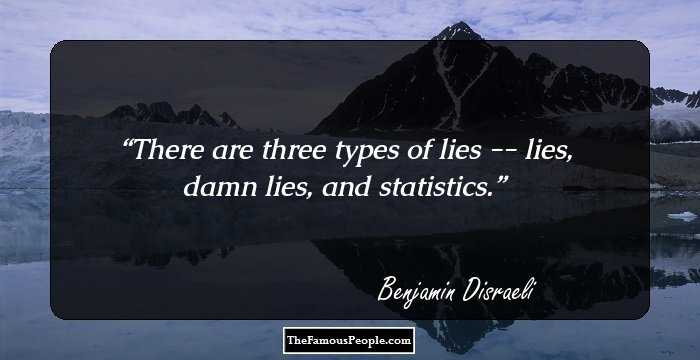 Continue Reading Below
Career
Disraeli finally stepped into the big world of British politics in 1831. He also sought to contest from a place called Wycombe, near Buckinghamshire. The very next year, in1832, he contested twice from the same place, as an independent candidate, and suffered consecutive defeats.
After successive defeats, Disraeli decided to associate himself with a political party to improve his chances of emerging victorious. Even after contesting as a candidate of the Conservative party in 1835, Disraeli’s fortunes didn’t change, and he lost the elections yet again.
Finally, Disraeli managed to win the elections held in 1837 and found himself a place in the esteemed ‘House of Commons’, along with another conservative candidate Wyndham Lewis. He also rendered a speech at the British parliament later that year.
Though the conservative party came into power in 1841, ‘Sir Robert Peel’, the then Prime Minister, didn’t offer Benjamin a Ministerial role in his cabinet. An infuriated Disraeli revolted against the British premier and criticized the party’s policies. The criticism continued for a few more years and finally Peel had to quit in 1846
In 1847, Disraeli was elected as a member of parliament from Buckinghamshire, and finally managed to establish himself as one of Britain’s most influential men.
In 1852, in Lord Derby’s minority government, Benjamin held the position of Chancellor of the Exchequer. As part of his ministerial duty, Benjamin presented the budget. The budgent was broadly in favour of working class but the opposition vehemently opposed it. This was partly out of revenge for his actions against Peel in 1846. This subsequently led to the downfall of the Lord Derby government in 1858.
In 1858-59, British parliament also made it legal for people belonging to the Jewish community to hold administrative roles. This improved Disraeli’s chances of becoming the Prime Minister.
In 1868, after Lord Derby retired from politics, Benjamin Disraeli was appointed the Prime Minister of Britain. The tenure was only for a short time, until the general elections took place the same year. The conservatives were defeated, and the Liberals came to power, with William Gladstone forming the new government.
After serving as a member of opposition, Disraeli was elected as the Prime Minister for the second time in 1874. During his second tenure as the premier, Disraeli introduced several laws such as ‘The Climbing Boys Act’, ‘Conspiracy and Protection of Property Act’, and ‘Public Health Act’.
Continue Reading Below 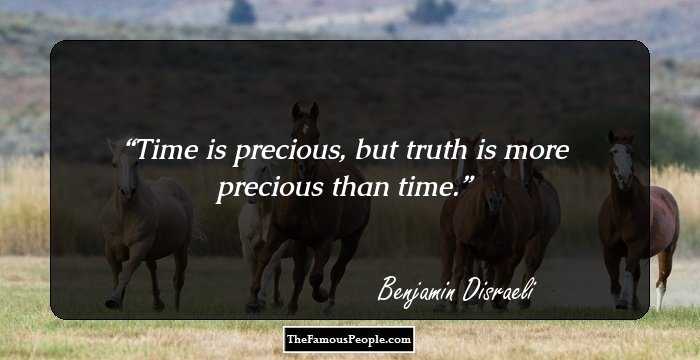 Quotes: Time
Major Works
Benjamin had also earned the reputation of being a great writer, other than just being a great politician. Disraeli has published close to 28 literary works of his, of which 20 belong to the ‘Fiction’ and 8 belong to the ‘Non-Fiction’ categories.
Some of Benjamin’s prominent works in the fiction category include ‘Coningsby’, ‘Henrietta Temple’, ‘The Young Duke’, ‘The Tragedy of Count Alancos’, and ‘Venetia’. He has also expressed his views on political affairs through works like ‘The Vindication of The English Constitution’, and ‘England and France, or A Cure of The Ministerial Gallomania’.
Awards & Achievements
In 1876, Benjamin was awarded the crown of Lord Beaconsfield by Queen Victoria. Post this honour, Benjamin became a member of the prestigious ‘House of Lords’. He continued serving his nation as the Prime Minister at the same time.
A memorial was built at Westminister Abbey in Benjamin’s honour, post his death. Apparently, this monument was erected as per Benjamin’s political rival William Gladstone’s suggestion. 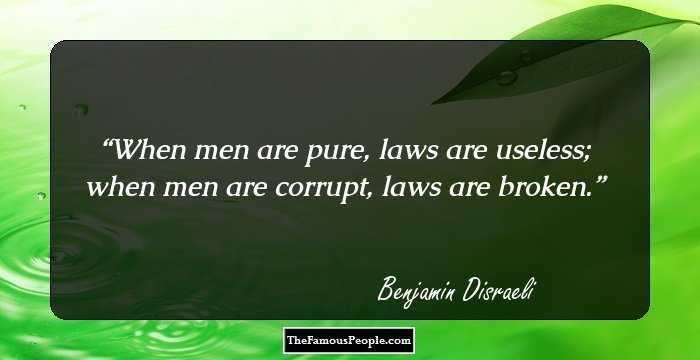 Personal Life & Legacy
In 1834, Benjamin had come in close contact with Henrietta Sykes, a woman who was in a relationship with Lord Lyndhurst, a statesman. Henrietta fell in a relationship with Disraeli. This open liaison was widely criticized, and also became an inspiration for the book ‘Henrietta Temple’ which was published in 1837.
In 1839, Benjamin got married to Mary Anne Wyndham Lewis, who was a widow. Mary was twelve years elder to Disraeli. It was claimed by many that Disraeli married Mary for her abundant wealth, but apparently both were deeply concerned about each other.
In 1880, around the same time when Benjamin published his book ‘Endymion’, he fell terribly ill. Benjamin had fallen prey to Gout and Asthma, which also restricted him to the confines of his home, soon his situation became worse.
Finally Disraeli succumbed to this prolonged illness and died in 1881. The news of his death was received with great shock and grief by the citizens of Britain and folks of the political fraternity. His brother Ralph and nephew Coningsby were present at the time of Disraeli’s funeral.
Queen Victoria was also disturbed by the news of Disraeli, who was a close aide of the royal family. However, due to an age old tradition which prohibits women from attending funerals, Victoria was not present at the time of Disraeli’s funeral.
Amongst all his siblings, Disraeli was said to be closest to his sister. He even used to accompany his sister’s fianc� in many business trips.
Trivia
A movie based on Benjamin, titled ‘Disraeli’ had released in 1929. The role of ‘Disraeli’ was played by actor George Arliss. George even won an ‘Academy Award’ for his portrayal of Benjamin Disraeli.

Quotes By Benjamin Disraeli | Quote Of The Day | Top 100 Quotes

See the events in life of Benjamin Disraeli in Chronological Order