A philosopher, academician and classicist, Allan Bloom was widely known for his critique of American Universities, in failing to serve the fundamental needs of their students. He was born in Indianapolis, Indiana, to a second generation Jewish Orthodox Prussian couple who brought him up simply, but with solid values, a foundation on which he would expand all his life. When he was 13, he already wanted to go to the University of Chicago, having read about it in the Reader's Digest. A few years later, his dream became reality as his family moved to Chicago and he was admitted, at the early age of 16, to the gifted students program; inspired by Chicago University President Robert Hutchins, who sought to create a new generation of elite minds. Over the years, he studied with many great thinkers including, Leo Strauss, who perhaps influenced him the most, but also David Greene, Richard McKeon, and Alexandre Kojève, among others. All these people helped him formulate his premise and purpose of the need for university students to read the classics. In the book, ‘Closing of the American Mind’, Bloom writes: "The substance of my being has been informed by the books I learned to care for." This summarizes the gift Allan Bloom has left for humanity. All his works manifested his concern for the preservation of a philosophical way of life for future generations, whether political or literary. He left us with his own life as an example. Daniel Dennett
Philosophers #307
Intellectuals & Academics #741
DID WE MISS SOMEONE?
CLICK HERE AND TELL US
WE'LL MAKE SURE
THEY'RE HERE A.S.A.P
Quick Facts

American Celebrities
American Men
Male Philosophers
American Philosophers
American Intellectuals & Academics
Childhood & Early Life
Allan Bloom was born on September 14, 1930. Bloom's grandparents were Orthodox Jewish immigrants to Philadelphia. Bloom's parents, however, ended up in Indianapolis where Bloom was born. Both his parents worked for community improvement. Bloom also had an elder sister, Lucille.
He was educated in the Indianapolis public school system until he was 16. During this time his family moved to Chicago, where he was admitted to the University of Chicago, from where he earned a B.A. in 1949. 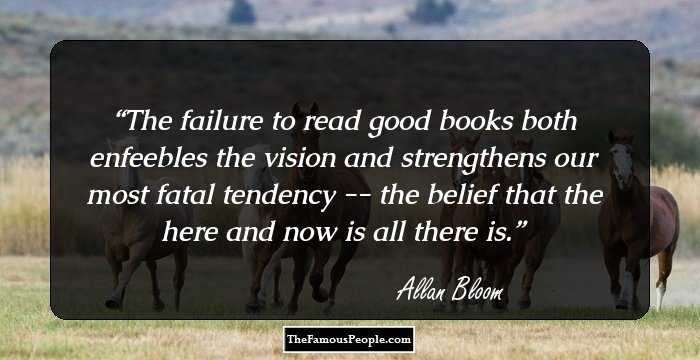 Quotes: Belief, Books
Continue Reading Below
You May Like

The Sexiest Men Of 2020, Ranked
Career
Bloom began graduate work in cross-disciplinary studies with the elite, ‘Committee on Social Thought’, program. This is when he came under the influence of Leo Strauss, a German immigrant and political philosopher, whose teachings made him realize the aim of a truly liberal arts education.
Bloom earned his Master's degree, in 1953 from the University of Chicago. As part of his graduate work, he taught philosophy, in Paris, at the ‘Ecole Normale Supérieur’, for the next two years. This is also when he studied under the Hegelian specialist, philosopher Alexandre Kojève.
Bloom began teaching at the University of Chicago, following his Ph.D., in 1955 and taught with his colleague and friend Werner Dannhauser, the author of Nietzsche's View of Socrates.
He went on to teach at Yale in 1962, serving as a visiting assistant professor.
In 1963, he moved to Cornell and taught as assistant professor in political science. He was also a member of the Telluride Association, which aimed at grooming students and teaching them the basics of self-governance, by allowing them to manage the affairs of the association themselves.
He finished his work, ‘Shakespeare's Politics’, a compilation of three essays on the plays of Shakespeare, in 1964. He became a tenured professor a year later.
In 1968, Bloom finished his translation of Plato's Republic. The interpretation, of Plato’s work was one of the most significant contributions of Bloom to the society.
Unhappy with the way Cornell handled student revolts, Bloom took a leave to go first to Israel and then to Paris, where he taught as a visiting professor for the 1969-70 academic year.
In 1970, Bloom resigned from Cornell and took up a professorship at the University of Toronto in Political Science. During his tenure he continued his work as a translator, interpreting the work of Jean-Jacques Rousseau.
Continue Reading Below
In 1979, still in Toronto, Bloom completed his translation of ‘Emile, Or on Education’ by Rousseau.
In 1979, he returned to the University of Chicago and accepted a full professorship. He met and befriended Saul Bellow and began teaching with him. He remained in this position until his death. 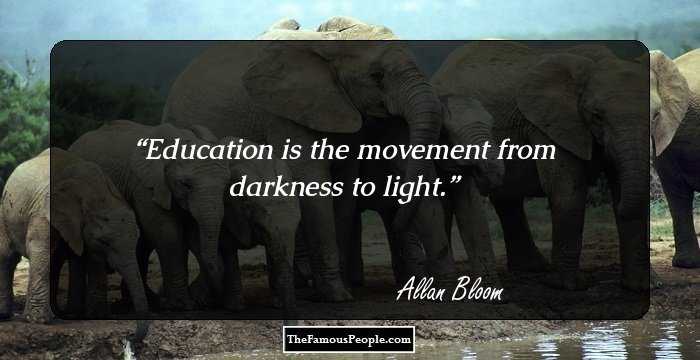 Major Works
Bloom translated and interpreted many great works, but it was his translation of Plato's Republic in 1968 that won him the most acclaim. He was greatly influenced by his teacher and mentor, Leo Strauss, and this was evident in his interpretation.
Bloom's most acclaimed book, ‘The Closing of the American Mind’, was published in 1987. The book received many positive reviews, but also stirred some great controversies. This is where, Bloom developed his idea of relativism, as being open to everything but where critical thinking could no longer function.
Personal Life & Legacy
Bloom did not marry and was totally committed to his own mission. He died on October 7, 1992 at the age of 62.
His last book ‘Love and Friendship’ was published posthumously. The book interpreted the meaning of love through the reading of a reading of novels by Stendhal, Jane Austen, Flaubert and other classics.
Bloom lived more for the advancement of humanity than he did for himself, although he did not reject his own needs; rather he was driven by the desire to teach. 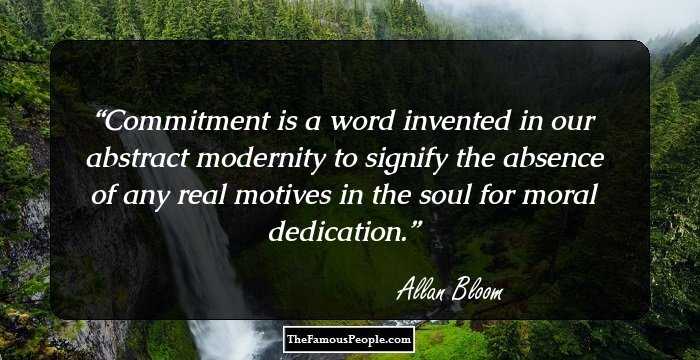 Quotes: Soul
Trivia
This American philosopher was described as being gentle and jovial, but so intense that at times he smoked cigarettes from the wrong end.
You May Like

Quotes By Allan Bloom | Quote Of The Day | Top 100 Quotes

See the events in life of Allan Bloom in Chronological Order