Alfredo Stroessner Matiauda was the long-time president of Paraguay. Born to the top echelon of his country's social class, Alfredo was enormously proud of his elite status. At a young age, he enrolled at a top military school and graduated with an active commission. Serving honorably in several battles, he was repeatedly promoted. After successfully navigating several shifting political alliances, Stroessner seized the presidency for himself. After imposing martial law, he enjoyed nearly unchallenged power for the next few decades. Due to strategic alliances with foreign countries, he was able to secure international aid, some of which was used to build large infrastructure projects. His close cooperation with key foreign leaders taught him valuable techniques for successfully repressing any and all domestic dissent. Stroessner's international foreign policy brought him key concessions and military aid from valuable foreign allies. While his government welcomed exiled war criminals from Europe and fleeing military chiefs of neighboring countries, the military was ordered to work diligently to ethnically cleanse minority populations. When neither of his sons was deemed suitable to replace him, Stroessner was deposed by a military general. Alfredo then retired peacefully to a nearby country, where he faded away into obscurity until his life was claimed by an illness 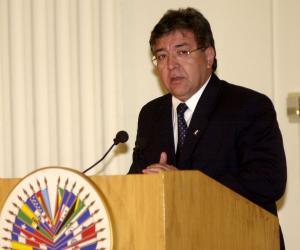 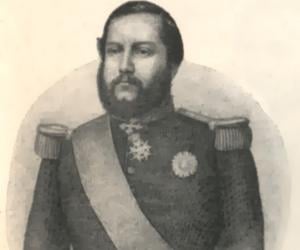 John Tyler
Political Leaders #1068
Leaders #1486
DID WE MISS SOMEONE?
CLICK HERE AND TELL US
WE'LL MAKE SURE
THEY'RE HERE A.S.A.P
Quick Facts

Paraguayan Celebrities
Scorpio Leaders
Paraguayan Leaders
Scorpio Men
Childhood & Early Life
Alfredo Stroessner Matiauda was born on November 3, 1912 in Encarnacion, Paraguay. Alfredo's father was Hugo Stroessner, an immigrant from Germany who worked as an accountant. Alfredo's mother was a native Paraguayan from a wealthy family.
At age 16, Alfredo enrolled in national military school. When he was 18, he graduated, receiving a commission as a lieutenant.
Continue Reading Below
You May Like

Who Is The Most Popular BTS Member?
Career
In 1932, Stroessner served in the artillery and fought in the ‘Chaco War’ against Bolivia.
The ambitious lad moved up the ranks quickly and three years later, in 1946, he was appointed to the general staff of the military.
In 1947, during the ‘Paraguayan Civil War’, he backed the forces of President Morinigo. A year later, he was promoted to the rank of brigadier.
In 1949, he backed President Felipe Molas Lopez as he fended off a coup. Six months later, the brigadier switched his support to Federico Chavez, who overthrew Lopez in a coup d’état.
In 1951, Chavez appointed Stroessner as the army chief of staff.
On May 4, 1954 the military head overthrew Chavez in a bid to gain the highest level of authority in the nation.
On July 11, 1954 Alfredo successfully became elected as the President of Paraguay in an unopposed election.
He immediately imposed martial law on the country. He took office on August 15 of the same year.
In 1955, Alfredo successfully repelled a coup led by the president of the Central Bank. The following year Rafael Franco, a former dictator led a coup against the President but it was successfully repulsed.
Continue Reading Below
In 1958, he was re-elected president by a wide margin in an uncontested election.
In 1959, the President granted citizenship to former Nazi leader Josef Mengele. Later, he welcomed many other former high-ranking Nazis to emigrate to Paraguay.
In 1962, Stroessner started receiving military aid and training from the United States. In the following two years, over 400 Paraguayan military were given elite training by American instructors.
In 1963, he successfully orchestrated another win at the polls to become re-elected. International observers routinely classified the elections as unfair.
In 1968, he recaptured the presidential post after sweeping another round of voting that was characterized by fraud, ballot stuffing and other undemocratic acts.
In 1972, the authoritarian leader ordered the police to destroy ‘Asuncion University’. As a result, the Archbishop of Paraguay excommunicated the chief of police.
In 1973, Alfredo was re-elected as leader by a comfortable margin. The final results of the vote were widely derided as being undemocratic.
In 1974, the United Nation officially condemned Paraguay for slavery and genocide in response to Stroessner's lengthy campaign to eradicate the native Ache Indian population in his country.
In 1975, Paraguay participated in ‘Operation Condor’ along with Chile, Argentina, Bolivia, Uruguay and Brazil. An elaborate system of kidnappings, murders and torture was used effectively to quash all domestic opposition.
Continue Reading Below
In 1978, Stroessner dominated the presidential elections and was re-elected by a wide margin.
In 1983, he was re-elected after a lopsided win at the polls. The results were internationally criticized for being unfair. In the same year he also ordered work begin on the construction of the Yacreta Dam.
In 1988, he was once again re-elected president with little competition. The results were judged by global observers as being unfair.
On February 3, 1989, Stroessner was removed from office in a coup d'etat led by General Andres Rodriguez. He left the country for self-imposed exile in Brazil.
Major Works
During his tenure as the President of Paraguay, the authoritarian leader inaugurated the Itaipu Dam which generates over 80 TWh of electricity per year.
Personal Life & Legacy
Alfredo was married to Eligia Mora. Together they had three children, including one daughter, Graciela. Graciela's son, Alfredo Dominguez Stroessner, is currently a senator in Paraguay.
At the end of Stroessner's reign, his son, Alfredo, suffered from substance abuse and his other son, Gustavo, was openly homosexual. Because of these two perceived deficiencies, neither of his sons was deemed acceptable to replace him as President of Paraguay.
The political leader died in Santa Luzia Hospital in Brasilia, Brazil on August 16, 2006. A case of pneumonia ravaged him while he was trying to recover from a hernia operation.
Trivia
Approximately 4,000 people were murdered at the orders of this President and an additional 500 people were permanently "disappeared". He detested being referred to as a dictator and only gave one interview to the media during his entire reign as president.
The authoritarian leader was a hard worker. During his decades in office, he worked from 6:00 am to 9:00 pm. He often heard hundreds of petitions from ordinary citizens per day
You May Like

See the events in life of Alfredo Stroessner in Chronological Order