William Sydney Porter, more famous by his pen name O. Henry, was an American author of short stories. His stories were distinguished for their witty approach, use of words, effects of coincidence on their characters and most often for their surprise endings. His tales often dramatized the common place, especially the life of commoners of New York City. O. Henry was also a music enthusiast and a good singer and could play guitar and mandolin. His early life saw him singing at gatherings as a member of ‘Hill City Quartet’ group. He was incarcerated for embezzlement of funds at the ‘First National Bank’ in Austin where he worked as a bookkeeper and teller. On an impulsive move he fled to New Orleans and then to Honduras, a day before his trial, while he was being taken to the courthouse. However, later he surrendered after news of serious illness of his wife reached him. Many of his short stories were published while he was in prison. His notable and famous stories include ‘The Gift of the Magi’, ‘The Ransom of Red Chief’, ‘The Cop and the Anthem’, ‘The Caballero's Way’ and ‘A Retrieved Reformation’. Some of his stories such as ‘The Sacrifice’, ‘His Duty’ and ‘Trying to Get Arrested’ were adapted as silent films during his lifetime. 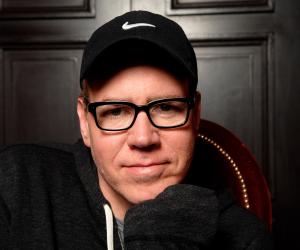 American Celebrities
American Men
Virgo Writers
Male Writers
American Writers
Childhood & Early Life
He was born on September 11, 1862, in Greensboro, North Carolina, to Dr. Algernon Sidney Porter and Mary Jane Virginia Swaim Porter. His father was a physician.
He lost his mother to tuberculosis when he was just three after which he and his father went on to live with his paternal grandmother.
He came under the care of his aunt Evelina Maria Porter and completed his graduation from her elementary school in 1876. Thereafter he studied at the ‘Lindsey Street High School’.
He was an avid reader since his childhood and enjoyed reading ‘Anatomy of Melancholy’ and ‘One Thousand and One Nights’.
He began to work in a drugstore of his uncle in 1879. He became a licensed pharmacist in 1881. 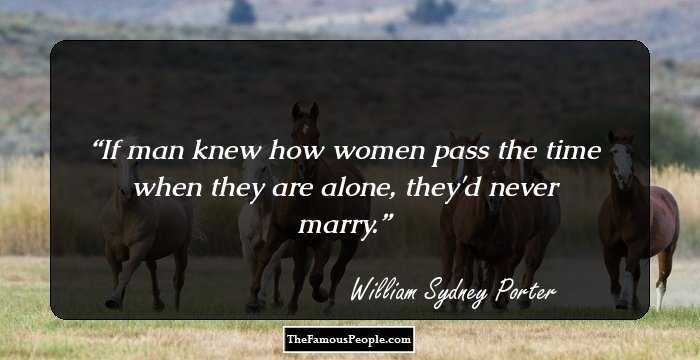 The Sexiest Men Of 2020, Ranked
Career
In pursuit of improving his health condition due to a persistent cough, in March 1882, he travelled to Texas along with Dr. James K. Hall and stayed at Hall’s son, Richard’s sheep ranch in La Salle County. There he read classic literature, worked as a baby-sitter, shepherd and cook and learned bits of German and Spanish from the culturally diverse helping hands of the ranch.
In 1884 he travelled to Austin along with Richard and stayed in the latter’s friends house. In Austin he became involved with a group of young men who formed the ‘Hill City Quartet’. O. Henry, a good singer and musician himself started singing with the group in gatherings.
In 1887, with the help of Richard, who by then became the ‘Texas Land Commissioner’, he joined the ‘Texas General Land Office’ (‘GLO’) as draftsman drawing a monthly salary of $100. At the same time he wrote for newspapers and magazines.
Characters and plots of many of his stories like ‘Buried Treasure’ and ‘Georgia’s Ruling’ were woven in the ‘GLO’ building. Resemblance of the building was also found in few of his stories like the 1894 published ‘Bexar Scrip No. 2692’.
When Richard Hall lost to Jim Hogg in the 1890 election for governor, O. Henry resigned in early 1891.
Later in 1891, he joined the ‘First National Bank’ in Austin as bookkeeper and teller. In 1894 he was charged with embezzlement of funds by the bank and though not prosecuted, he lost his job.
While serving the ‘First National Bank’, he founded ‘The Rolling Stone’, a humorous weekly, and after losing his bank job, he devoted full time in the weekly that published his sketches, short stories apart from satirical and political works.
Even after a high circulation of 1500 copies of ‘The Rolling Stone’, the venture failed in April 1895 due to inadequate income.
He relocated to Houston with his family in 1895 and began working as a columnist, reporter and cartoonist at the ‘Houston Post’ drawing a monthly salary of $25, which gradually increased with his popularity.
Continue Reading Below
Following an audit of the ‘First National Bank’ in Austin by the federal auditors, he was formally accused and arrested for embezzlement in 1896.
He took an impetuous step and escaped on July 6, 1896, a day before his trial, while he was being taken to the courthouse. He first went to New Orleans and then to Honduras.
Thereafter he stayed in a hotel in Trujillo, Peru, for several months. Here he wrote ‘Cabbages and Kings’ (published in 1904), one of his notable works that included a string of tales displaying facets of life in a crippled town of Central America. The term ‘banana republic’ coined by him and used in the book eventually became widely used to depict an unstable country of Latin America.
He later surrendered in February 1897 after the news of serious illness of his wife reached him and after trial he was sentenced to five years imprisonment in February next year.
On March 25, 1898 he was confined at ‘Ohio Penitentiary’ in Columbus, Ohio. A licensed pharmacist, he served as night druggist at the prison hospital. He wrote several stories while in incarceration, of which fourteen were published with different pseudonyms.
‘O. Henry’ eventually became most renowned among his other pseudonyms. ‘Whistling Dick's Christmas Stocking’, published in ‘McClure's Magazine’ in its December 1899 issue was the first story where he used this pseudonym.
His good behaviour fetched him an early release from prison on July 24, 1901after which he joined his daughter Margaret, who was at that time 11-year- old and living with her maternal grandparents in Pittsburgh, Pennsylvania. Margaret was unaware of her father’s imprisonment and knew that he was away on business.
In 1902 he relocated to New York and became a prolific writer penning around 381 short stories. For over a year he submitted one story every week to the ‘New York World Sunday Magazine’.
His remarkable compilation of short stories are ‘Cabbages and Kings’ (1904), ‘The Four Million’ (1906), ‘The Gentle Grafter’ (1908), ‘Roads of Destiny’ (1909) and ‘Whirligigs’ (1910).
Continue Reading Below
His most famous short stories are ‘The Gift of the Magi’, ‘The Ransom of Red Chief’, ‘The Caballero’s Way’ and ‘The Duplicity of Hargraves’ among others. 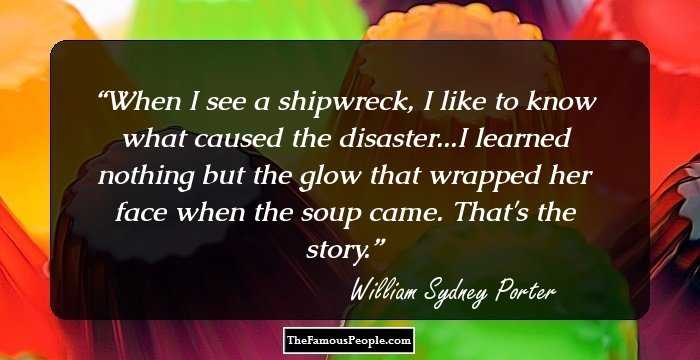 Personal Life & Legacy
On July 1, 1887, he eloped and married Athol Estes, then a seventeen year old girl of a wealthy family. After long suffering from tuberculosis, Athol died on July 25, 1897. They had a daughter Margaret Worth Porter, born in September 1889.
In 1907, he married Sarah Lindsey Coleman, a writer and his childhood sweetheart, but she left him in 1909.
On June 5, 1910, he died of several complications including an enlarged heart, cirrhosis of liver and diabetes.
He was buried in Asheville, North Carolina, at the ‘Riverside Cemetery’.
Trivia
The ‘O. Henry Award’ is given annually for remarkable short stories.
The federal courthouse where he was convicted is named as ‘O. Henry Hall’.
The ‘Soviet Postal Service’ issued a stamp in 1962 marking his birth centenary and on September 11, 2012, the ‘U.S. Postal Service’ issued a stamp marking his 150th birth anniversary. 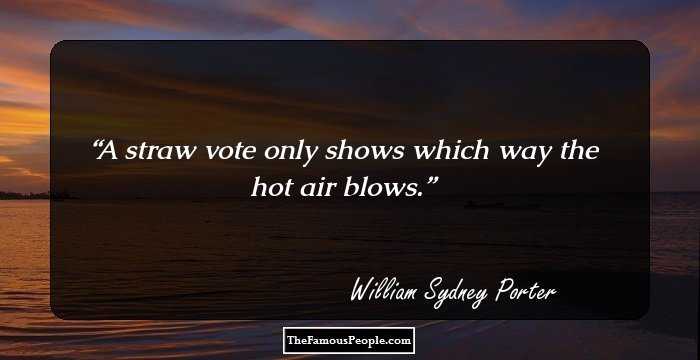 See the events in life of O. Henry in Chronological Order 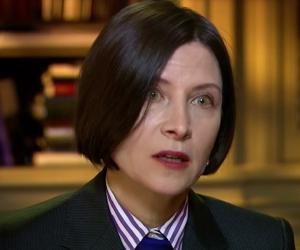