Holiday Reinhorn is an American author. She has garnered fame for her short stories that have been published in some of the top literary magazines in America. Originally from Oregon, Reinhorn developed a passion for writing quite early. She was a student of the University of Washington and also completed a writing workshop at the University of Iowa. After publishing numerous short stories, she put out a collection of her work, titled ‘Big Cats: Stories’, in July 2005 through Free Press publishers. A couple of films have been made that are based on her stories. A member of the Bahá'í faith, Reinhorn is involved in various charities. She is also a prominent writing teacher and has taught at various universities and communities, including UCLA and LitReactor. 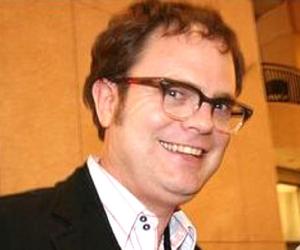 Ben Shattuck
Short Story Writers #129
Writers #1725
Continue Reading Below
DID WE MISS SOMEONE?
CLICK HERE AND TELL US
WE'LL MAKE SURE
THEY'RE HERE A.S.A.P
Quick Facts

American People
University Of Iowa
Pisces Writers
Women Writers
American Writers
Career
After moving to New York with actor Rainn Wilson, Reinhorn began performing in theatre productions along with her future husband. It did not take her long to realise that acting was not the greatest passion of her life. In 1999, she earned a Carl Djerassi Fiction Fellowship from the University of Wisconsin which offered the writers a stipend so they can concentrate on their writing. This came with the hope that the resulting work will be a success. While she was in Wisconsin, she wrote short stories.
On July 6, 2005, her first book, ‘Big Cats: Stories’ was released by Free Press publishers. Her stories have been published in literary magazines like ‘Tin House,’ ‘Ploughshares,’ ‘Gulf Coast,’ ‘Other Voices,’ and ‘Northwest Review.’ She has won a Tobias Wolff Award for Fiction and was nominated for the Pushcart Prize and the anthology ‘Best New American Voices.’
She also adapted one of her short stories for the screenplay of the 2002 film ‘Last Seen’. In 2017, a short film named ‘PUSH’, which is based on another one of her stories, was released.
You May Like

American Female Writers
Women Short Story Writers
American Short Story Writers
American Female Short Story Writers
Continue Reading Below
Family & Personal Life
Holiday Reinhorn was born on March 12, 1964, in Portland, the largest and most populous city in the U.S. state of Oregon. At the time, her mother worked as a schoolteacher while her father was pursuing a degree in dentistry. Following his graduation, he enlisted in the US Army and began his service at Kuma Station in Japan. When she was a child, she lived all over Asia, including Hong Kong and Thailand. In 1970, the family welcomed Reinhorn’s younger brother into the world. They came back to US in the following year.
After graduating from high school, Reinhorn enrolled at a college in Boulder, Colorado in 1983. However, she dropped out only a year later. After taking a year-long break from her studies, she began attending the University of Washington in Seattle, Washington in 1985 as a student of acting.
In 1995, with her passion reignited for writing, Reinhorn participated in the Iowa Writers Workshop at the University of Iowa. The workshop is a prestigious creative writing program that has given America some of its best authors in recent years. Eventually, she earned her master’s degree in fine arts from the UI.
Reinhorn and her husband, actor Rainn Wilson, are college sweethearts. They met when they were both students at the University of Washington. After finishing their education there, the couple relocated to New York, where Wilson completed a graduate program at the New York University.
They exchanged wedding vows on June 30, 1995, in a Baha'i ceremony on the Kalama River near Mount St. Helens in Washington. Their son, Walter McKenzie Wilson, was born in 2004. Wilson hails from a family of Baha'i adherents but Reinhorn does not. Even when they got married, she had not converted. It was not something that was required and Wilson was adamant of not pressuring his wife into becoming a part of the faith. In time, however, she developed a deep interest in the religion. She began going to Ruhi (a curriculum inspired by the scriptures of the religion) classes held in Los Angles. Following the birth of their son, which the couple considers to be a miracle, Reinhorn began reciting prayers and making a spiritual connection with the faith. In 2004, she converted. At present, the family gather together every night to pray before heading to bed. They own two homes, one in Sisters, Oregon and another in Los Angeles, California. The family has three pit bulls, Oona, Pilot, and Diamond; two Vietnamese pot-bellied pigs, Snorty and Amy; and a zonkey named Derek.
A native of Seattle, Washington, Wilson is mostly known for his portrayal of Dwight Schrute on the US version of the television comedy ‘The Office’. His other memorable performances were in projects like ‘My Super Ex-Girlfriend’, ‘The Death of Superman’, ‘The Meg’, and ‘Backstrom’.
Describing their relationship, Wilson has stated that it is a very collaborative one. He serves as the editor for all her stories while she lends her support during all his auditions. According to him, she is a good writer and okay actor, and he is a good actor and okay writer.
Recommended Lists: