(The First Woman to Run for the American Presidency)

A woman of many firsts, Victoria Woodhull was an American suffragist, women’s rights activist, author, and politician, who recovered from a troubled childhood to become a prominent figure of women empowerment in the US. Apart from being the first woman to run for president, she also scripted history as the first woman to launch a brokerage firm and the first woman to start a weekly newspaper, along with her sister Tennessee Claflin. Known for her sex-positive stance, she supported free love and wrote about taboo topics such as sex education. Starting her life as a spiritual medium known for her clairvoyance, she went from rags to riches, using her connections and her will power. She also divorced her alcoholic first husband, breaking many social stereotypes. Eventually dragged into legal issues for promoting obscenity in her newspaper, she spent the election day in 1872 in jail and her final years in poverty. Rosa Luxemburg
DID WE MISS SOMEONE?
CLICK HERE AND TELL US
WE'LL MAKE SURE
THEY'RE HERE A.S.A.P
Quick Facts

Victoria California Claflin, later known as Victoria Woodhull, was born in Homer, Ohio, US, on September 23, 1838, and was the seventh of 10 children of her parents. While her father, Reuben Buckman Claflin, was a thief and a con man from the Massachusetts-based Scots-American Claflin family, her mother, Roxanna Hummel, was an illegitimate and illiterate religious fanatic.

She shared a special bond with her sister Tennessee Celeste Claflin, or Tennie, who was 7 years younger to her. Woodhull had a tough childhood and was often beaten and starved. She received only 3 years of schooling at Homer’s Methodist Church school. She was forced to quit school when her father was suspected of burning down a mill that he owned for claiming insurance by fraud, after which the family had to leave the town.

Since childhood, Victoria Woodhull claimed she had visions and was guided by spirits. Initially identified as a clairvoyant who could predict the future, she was made to perform in her family’s traveling show. She thus helped her family sell homemade medicines while telling fortunes.

In 1853, at the tender age of 15, Victoria Woodhull eloped with a 28-year-old alcoholic medicine salesman, who claimed to be a doctor, Canning Woodhull, in order to escape her father’s torture. They had two children: a mentally disabled son named Byron and a daughter named Zulu, or Zula, Maude, whose delivery was badly botched by her father and almost led to her death.

While she initially worked as a seamstress, a store clerk, and a stage actor to support her family, in 1860, Woodhull moved to New York, where she and her sister Tennessee started their practice as mediums. The sisters soon moved to Cincinnati and then to Chicago.

Victoria Woodhull left her husband 5 years later, after finding out that he was a womanizer. In fact, it is believed that Canning abandoned the family and came home only to collect money. Thus, after a 11-year tumultuous marriage, Woodhull divorced Canning in the year 1864.

Woodhull was a champion for the free love movement, which supported divorce if couples were not happy in their relationships. She opted for divorce in the 19th century, when few women would opt for it in-spite of a bad marriage, for fear of being ostracized.

She later met Colonel James Harvey Blood, who had been part of the Union Army in Missouri during the Civil War. Some sources believe Victoria Woodhull married him in 1866, though no records proving their marriage have been found.

She is believed to have divorced her second husband later. In 1883, she married banker John Biddulph Martin.

The First Woman to Launch a Brokerage Firm

In 1868, Woodhull and Blood apparently settled in New York City with Woodhull’s sister and family. Woodhull soon launched a salon, which became the meeting point of intellectuals.

While Woodhull and Claflin were successful as mediums, they got acquainted to 76-year-old railroad tycoon Cornelius Vanderbilt, who hired them as clairvoyants to contact his dead wife. They built a fortune worth $700,000, based on Vanderbilt’s advice.

In 1870, the sisters launched their own brokerage house, Woodhull, Claflin & Company, and soared at the New York Stock Exchange. Dubbed the Bewitching Brokers and the Queens of Finance, the sisters scripted history as the first women to own a brokerage firm.

The First Woman to Launch a Weekly Newspaper

On May 14, 1870, Victoria Woodhull and her sister launched Woodhull and Claflin’s Weekly, a newspaper that openly advocated for progressive and taboo issues such as free love, sex education, vegetarianism, and women’s suffrage. The paper was published for about 6 years.

The newspaper not only made them the first women to start a weekly newspaper, but also gained fame for publishing the first English-language copy of The Communist Manifesto by Karl Marx. It gradually shifted toward political, economic, and social topics and also exposed frauds and corrupt political practices.

A Champion for Women’s Suffrage and Women’s Rights

In 1869, Victoria Woodhull began supporting the women’s suffrage movement. She became a prominent public speaker, and in 1871, scripted history as the first woman to testify before a US House of Representatives committee.

She was supported by fellow suffragists such as Susan B. Anthony, Elizabeth Cady Stanton, and Isabella Beecher Hooker and stated clearly in front of the House Judiciary Committee that American women already had the right to vote according to the 14th and 15th Amendments, as no gender had been mentioned in either. She asked for a draft of a legislation that would put a stamp on women’s right to vote in the US.

The First Woman to Run for President

In 1872, she scripted history again, when she became the first woman to run for president of the US. She was also a major figure behind the formation of the new Equal Rights Party, which nominated her for president.

However, her presidential campaign was not considered seriously by many. Apart from being a woman, Woodhull was also below 35, the minimum age required to take over the presidency of the country.

Additionally, Woodhull’s political support was affected negatively due to her belief in communism, free love, and spiritualism. She was also embroiled in legal issues over the publication of a detailed account of an adulterous affair between Elizabeth Tilton and Reverend Henry Ward Beecher, a Brooklyn-based Protestant minister, that eventually shut down the publication of Woodhull and Claflin’s Weekly. She spent Election Day 1872 in prison. Her arrest did not allow her to vote in the presidential election that year, which was eventually won by Ulysses S. Grant.

Her final years saw her near-bankrupt. After divorcing her second husband, Woodhull moved with her sister to England in 1877.

She became a prominent member in the British women’s suffrage movement. From 1892 to 1902, she and her daughter published the journal Humanitarian, which promoted eugenics. She lived in the English countryside till her death in 1927 at age 88.

See the events in life of Victoria Woodhull in Chronological Order 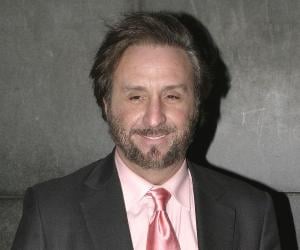 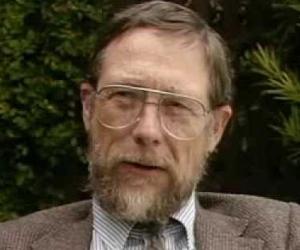 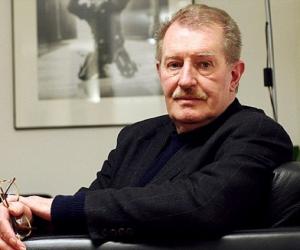