Tshering Tobgay is a Bhutanese politician and the Prime Minister of Bhutan since July 27, 2013. He is the leader and one of the founders of the ‘People’s Democratic Party’ who effectively set up the Party as the first registered political party of Bhutan. For five years from March 2008 to April 2013, he remained the ‘Leader of the Opposition’ in the ‘National Assembly’, the first democratically elected parliament of Bhutan. He also served as President of the ‘People’s Democratic Party’. He is alumni of the ‘Harvard University and also the ‘University of Pittsburgh’. Before joining politics, he served as a civil servant in the ‘Department of Education’ in its ‘Technical and Vocational Education Section’. He set up the ‘National Technical Training Authority’ in 1998 and remained its head. He was the director of the ‘Ministry of Labour and Human Resources’ for around four years since 2003. His Majesty, the King conferred him with the ‘Lungmar Scarf’, a lifetime scarf, on December 17, 2014, at the 107th National Day celebration. He thus became the first recipient of the scarf since its re-institution.
Continue Reading Below 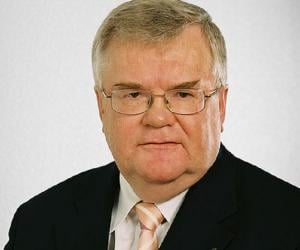 Bhutanese People
Harvard University
University Of Pittsburgh
Virgo Leaders
Male Leaders
Childhood & Early Life
Tshering Tobgay was born on September 19, 1965, in the Haa, Bhutan. He is the the eldest among the six sons of his parents. His father was a soldier in the Bhutan Army and his mother helped in constructing the first road linking Bhutan with India.
He completed his secondary education from ‘Dr. Graham's Homes’ school in Indian hill station of Kalimpong.
In 1987 he joined the ‘Swanson School of Engineering’ at ‘University of Pittsburgh’ after he received a scholarship from the ‘United Nations’ and completed his ‘Bachelor of Science in Engineering (Mechanical)’ in 1990.
He also undertook several short courses, workshops and seminars including ‘Project monitoring and evaluation’ in England, ‘Improving quality of vocational training’ from South Korea and ‘Strategic planning from India.
Continue Reading Below
You May Like

Famous Beautiful Women With Green Eyes
Career
Tshering Tobgay held several administrative positions in the Royal Government of Bhutan before venturing into politics. His career began on October 16, 1991 as a civil servant in the ‘Department of Education’ as a Program Officer in its ‘Technical and Vocational Education Section’. He held the position till December 31, 1996.
On January 1, 1997, he became the Officer-in-Charge of the ‘Technical and Vocational Education Section’ of the ‘Department of Education’ and remained so until May 9, 1999.
He established the ‘National Technical Training Authority’ (NTTA) and headed it as its Director from May 10, 1999 to June 30, 2003.
He then served the ‘Ministry of Labour and Employment’ as Director of the ‘Human Resources Department’ from July 1, 2003 to February 1, 2007.
Meanwhile, he joined the ‘John F. Kennedy School of Government’ at ‘Harvard University’ in 2003 from where he received his ‘Masters of Public Administration’ in 2004.
In February 1, 2007, he resigned from the ‘Ministry of Labour and Employment’ to begin a new innings in politics when His Majesty endeavoured to establishing democracy in Bhutan.
He is one of the founder members of the ‘People’s Democratic Party’. It is the first registered political party of Bhutan.
The first democratic election of Bhutan in 2008 saw the ‘People’s Democratic Party’ winning two seats, one of which was won by Tobgay.
From April 21, 2008 to April 20, 2013, he remained the ‘Leader of Opposition’ in Bhutan’s ‘National Assembly’. He also served as President of the ‘People’s Democratic Party’ during this time.
The 2013 election campaign saw him focussing on developing the nation with small steps such as pledging for providing every district with utility vehicles and a power tiller for each village as against promoting the ‘Gross National Happiness’ like his predecessors. He believes that issues like youth employment, national debt and corruption are matters of grave concern that need immediate focus rather than ‘Gross National Happiness’.
Following the 2013 election, Tobgay became the Prime Minister of Bhutan through a secret ballot. He is the incumbent Prime Minister of Bhutan since July 27, 2013.
Tobgay is striving to reduce corruption in the government of Bhutan. He often interacts with common Bhutanese.
Awards & Achievements
Tshering Tobgay is the first recipient of the lifetime scarf, the ‘Lungmar Scarf’ after its reinstitution. His Majesty bestowed upon him this honour in acknowledgement of the contributions he made as an opposition leader in the democratic procedures of the country from 2008 to 2012. He received the honour on December 17, 2014 during the 107th National Day celebration
Personal Life & Legacy
In 1998, he married Tashi Doma and is blessed with two children. His interests include reading, music and drama, while he enjoys outdoor activities like bicycling, trekking, jogging and archery and also likes volunteering.
Tobgay is very active on social media such as Facebook and Twitter. He is also an active blogger.
You May Like

See the events in life of Tshering Tobgay in Chronological Order