Thomas Mars is a French musician, best known as the lead singer of the four-piece French indie-pop band 'Phoenix.' He formed the band with his school-friends Chris Mazzalai and Deck d'Arcy in the early 1990s. The band initially backed for the duo 'Air,' along with whom Mars wrote a track in the directorial debut of his wife, Sofia Coppola. Working together on the film, Mars and Coppola developed a bond and eventually started dating. Sofia roped in 'Phoenix' for her next ventures, too. As a band member, Mars saw mainstream success after the release of their fourth album, 'Wolfgang Amadeus Phoenix.' The album brought them a 'Grammy,' and one of the tracks, '1901,' was regarded as their best ever. 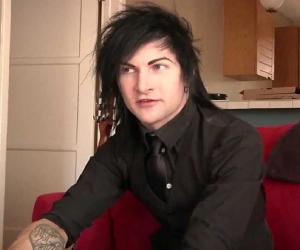 Jinxx
Guitarists #481
Vocalists #83
Musicians #2184
DID WE MISS SOMEONE?
CLICK HERE AND TELL US
WE'LL MAKE SURE
THEY'RE HERE A.S.A.P
Quick Facts

French People
French Men
Male Singers
Male Musicians
French Singers
Childhood & Early Life
Mars was born Thomas Pablo Croquet, on November 21, 1976, in Versailles, France. He has an older brother. His uncle, Horst, inspired him to start learning English. Since Mars’s father was in the music business and was also involved with a radio program, he had a huge collection of seven-inch vinyl of classics at home.
Mars was quite young when he started playing a record on the turntable. It was a French record by Alain Souchon, whose title meant "never satisfied." More vinyl records were added to the collection when his brother brought a bunch of them from Seattle in the 1980s. Among them, Mars was specifically addicted to Sigue Sputnik's album 'Flaunt It,' which had the track 'Love Missile F1-11.' He claimed that it was something he had never heard before. Mars adored the cover, too, which looked like a Japanese cartoon. He later hung it on his bedroom wall.
Mars attended a school in Versailles, where he formed 'Phoenix.' He was 10 years old back then. It was an incredibly strict school that was run by someone like the character ‘Nurse Ratchett’ from the film 'One Flew over the Cuckoo's Nest,' adapted from the 1962 novel, as Mars later described in an interview.
Growing up in Versailles was difficult, as he felt that anything and everything, such as playing ‘The Beatles,' was considered rebellious there. The only songs he had learned in school were 'Ob-La-Di, Ob-La-Da' by 'The Beatles' and 'Don't Worry Be Happy' by Bobby McFerrin.
Mars bonded with Deck d'Arcy and Chris Mazzalai over the song 'No More Sorry' by 'My Bloody Valentine' (1988), when the band was still in its formative years. Mars was not academically good. Thus, he put all his focus on music.
Mars, d'Arcy, and Mazzalai initially performed together as a "garage band," based in Mars's house in suburban Paris. A few years later, in 1995, Mazzalai's older brother, Laurent Brancowitz, joined the band permanently as the lead guitarist, after he quit the band 'Darlin’.'
Mars had attended college for only four days, studying economics. He dropped out to focus on the band 'Phoenix' in 1997 and later released its debut singles. He was so obsessed with music that he destroyed every single career option other than music.
Continue Reading Below
You May Like

Who Is The Most Popular BTS Member?
Career
'Phoenix' initially released 500 copies of a single under its own label, 'Ghettoblaster.' Soon after, Paris-based music label 'Source Records' signed the band. With Mars on the vocals, Deck d'Arcy as a bassist, and Chris and Laurent on the guitar, 'Phoenix' quickly became popular.
Along with 'Phoenix,' Mars performed as a backing band for the French music duo 'Air,' too, on its several UK TV appearances. During that phase, 'Phoenix' and 'Air' members Nicolas Godin and Jean-Benoît Dunckel developed their bond.
'Phoenix' released its initial singles, 'Heatwave' and 'Party Time,' in 1999. Mars produced and wrote the single 'Too Young,' which released on May 22, 2000. The song became the band's first single to enter the charts. It peaked at Number 97 in France and at Number 148 in the UK. 'Too Young' was later included in the soundtrack of the romantic comedy films 'Shallow Hal' (2001) and 'Lost in Translation' (2003). It was also performed in an episode of 'Saturday Night Live.'
Mars, along with 'Air,' had written the track 'Playground Love' (Vibraphone version) for the 1999 drama film 'The Virgin Suicides.'
’Phoenix’ released its debut album, 'United,' on June 12, 2000. The album, featuring the singles 'Party Time' and 'Too Young,' sold 150,000 copies worldwide. Their second album, 'Alphabetical,' released on March 22, 2004, and pushed the band toward more mainstream success. A remixed version of the single 'Victim of the Crime,' from the album, was commissioned for the soundtrack of one of the runway shows for menswear clothing retailer 'Dior Homme' by French fashion designer Hedi Slimane.
Following 'Alphabetical,' Mars and his bandmates toured three continents. They released the live album 'Live! Thirty Days Ago' only 30 days after the tour ended.
The fourth album, 'Wolfgang Amadeus Phoenix,' released on May 25, 2009, and brought 'Phoenix' its first 'Grammy Award' (for the 'Best Alternative Music Album’). The lead single of the album, '1901,' was a tribute to early Paris and has been dubbed as the band’s biggest success to date.
The remarkable success of 'Phoenix' via '1901' brought huge accolades to the band members. The review website 'AllMusic' commented favorably on the band's dynamic songwriting skills. Moreover, Mars was described as "more bright-eyed and youthful than ever" after the release of 'Wolfgang Amadeus Phoenix.' He was comparatively more prominent in the album than in the band’s earlier releases.
At one of the band’s rare London shows, at 'Shepherd's Bush Empire' in 2013, Mars stunned the audience with his performance. He gracefully climbed up the cables to the first-level gallery and then "crowd-surfed" his way back to the stage. He sang the whole time and ended his performance with a mezzanine walk while singing, acknowledging the audience along the way.
Upon the release of the band's fifth studio album, 'Bankrupt!,' in 2013, Mars gave an insight into the basic idea of the album and also discussed the benefits of their belated success.
‘Phoenix’ has been featured in the 2015 'Netflix' special 'A Very Murray Christmas,' directed by Mars's wife, Sofia Coppola.
Family & Personal Life
Mars has been married to director, screenwriter, and former actor Sofia Coppola since 2011. The two first met during the production of Coppola’s directorial feature film debut, 'The Virgin Suicides,' in 1999. Back then, ‘Phoenix’ was backing 'Air,' which composed music for the film.
Their bond strengthened while working together in her second venture, 'Lost in Translation.' They were so smitten by each other that not only did Coppola ask Mars and 'Phoenix' to perform songs for her next movie, 'Marie Antoinette,' but she also asked them to appear in the film.
Mars and Coppola opened up about their relationship shortly after the 2005 filming and music collaboration.
The two had a grand wedding at 'Palazzo Margherita' in Bernalda. They have two daughters: Romy (born in Paris, on November 28, 2006) and Cosima Croquet (born in New York City, on May 18, 2010).
Mars is the nephew of German literary critic Hellmuth Karasek.
Recommended Lists:
Singers #2631
You May Like

See the events in life of Thomas Mars in Chronological Order 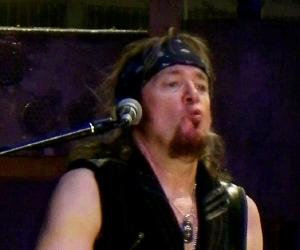 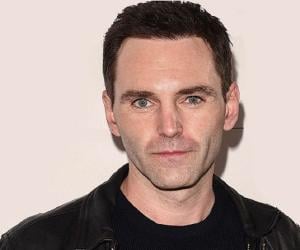 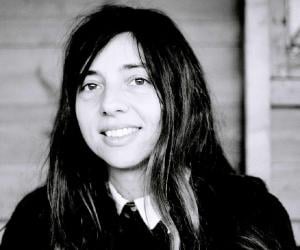