Rick Dufay is a French-American musician who is popularly known for being the guitarist of the American rock band Aerosmith when the band was going through a tumultuous period following the departure of Brad Whitford. He is considered to be the savior of the band which went through a very tough time during the early 1980s. He helped the band become steady and even brought vocalist Steven Tyler and rhythm/lead guitarist Joe Perry together following their estrangement. In addition, Dufay also suggested that the band needed its previous member Brad Whitford to come back to save the band. Brad did make a comeback following which Dufay left the band. From the audiences to the members of the band, everyone acknowledged the contributions Dufay had made to one of the greatest rock and roll bands in America’s history. His selfless contributions during the five years of his association with the band helped it survive during the most vulnerable time in its history. 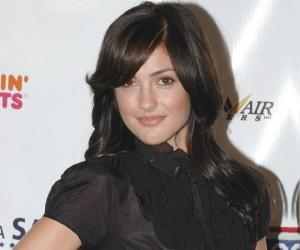 Link Wray
Guitarists #659
Musicians #2989
DID WE MISS SOMEONE?
CLICK HERE AND TELL US
WE'LL MAKE SURE
THEY'RE HERE A.S.A.P
Quick Facts

American People
French People
French Men
Male Musicians
Male Guitarists
French Musicians
Career
Prior to his association with the American rock and roll band Aerosmith, Dufay had released ‘Tender Loving Abuse,’ an album which was produced by Aerosmith producer Jack Douglas. After Brad Whitford left the band in 1980, Douglas recommended Dufay to take the vacant position. It is safe to say that Dufay was instrumental in saving the band from fading into oblivion. In the early 1980s, the band faced a tumultuous time: their lead rhythm guitarist Brad Whitford left the band and their major vocalist Steven Taylor was gradually losing himself to drug abuse.
Dufay joined the band after the release of their album ‘Rock in a Hard Place’ and was featured on their video ‘Lightning Strikes’. He provided support to the ailing Steven Tyler and recommended that the band reunite with its former members. He suggested that Whitford return to the band and he did eventually come back in 1984. Dufay left the band subsequently and later worked with the band ‘Blue By Nature’ alongside vocalist Karen Lawrence.
He then released his second album ‘Written In Stone’, which featured Aerosmith outtake ‘Written In Stone’. After his stint with Aerosmith came to an end, Dufay never got back his career on track. He did post some solo covers on his personal websites and collaborated with other artistes on their works but failed to re-establish his reputation.
During Aerosmith's Rock and Roll Hall of Fame acceptance speech in 2001, Perry acknowledged the contribution Dufay had made for the band and his selflessness that brought the band back on track. Perry also accepted that while Dufay’s selflessness did save the band from oblivion, it became “suicidal” for his own career.
You May Like

Aquarius Musicians
French Guitarists
Aquarius Guitarists
American Musicians
Continue Reading Below
Personal Life
Richard Marc Dufay, the son of actor Richard Ney, was born in Paris on February 2, 1952. He was married to exotic dancer Maureen Dumont Kelly who died in 2008 due to colon cancer. The couple had a daughter Minka who lived with Maureen following the couple’s separation. Minka acknowledges that despite being raised by her mother, her father Dufay being always present in her life.
Recommended Lists: