(One of the Most Popular Film Stars Worldwide, Known for Both His Comedic and Dramatic Roles)

Tom Hanks is a popular American actor and is one of the highest paid all-time box office stars. He stole the limelight through his performance in ‘Splash’, a romantic comedy directed by Ron Howard. With his role as Robert Langdon in the movies ‘The Da Vinci Code’ and ‘Angels & Demons’, he earned widespread commercial success and became one of the highest paid actors in Hollywood. His charm and upbeat attitude earned him instant stardom and he was also frequently being compared to the likes of Cary Grant, Henry Fonda, Jimmy Stewart, and Gary Cooper—all of whom were Hollywood legends. He has established himself not only as an actor, but also as a writer and director with films like ‘That Thing You Do!’ and ‘Larry Crowne’. He has produced many films and documentaries like ‘From the Earth to the Moon’, ‘Band of Brothers’, and ‘The Pacific’. Over the years he has earned a number of awards and accolades for his phenomenal works, including seven 'Primetime Emmy Awards,' two 'Academy Awards,' a 'Tony Award,' 'Legion of Honor,' and a 'Kennedy Centre Honor.' He also earned the 'Presidential Medal of Freedom.' He was awarded the 'Golden Globe Cecil B. DeMille Award' in 2020. He is an active humanitarian and has also boldly voiced his opinions on same-sex marriages. As an environmentalist, he realizes the need for alternative fuels for which he has expressed his interest to invest a handsome sum of money to promote electric vehicles. His original intention of becoming an astronaut has made him a fervent supporter of NASA’s manned space program. Colin Hanks
DID WE MISS SOMEONE?
CLICK HERE AND TELL US
WE'LL MAKE SURE
THEY'RE HERE A.S.A.P
Quick Facts

American People
Greek People
T V & Movie Producers
American Men
Greek Men
California Actors
Childhood & Early Life
Tom Hanks was born on July 9, 1956, to Amos Mefford Hanks, an itinerant cook and Janet Marylyn, a hospital worker, in Concord, California. His siblings are Sandra, Larry, and Jim.
His parents divorced in 1960. Tom, Sandra, and Larry were raised by his father while Jim, his youngest brother was brought up by his mother.
As a young boy, he had to cope with the continuous change in places, before his father finally settled in Oakland.
He completed high school at Skyline High School, Oakland and graduated from the institute in 1974.
He enrolled at Chabot College in Hayward, California, but he switched to California State University, Sacramento to pursue acting.
He quit his studies in 1977, accepting an internship offer from the Great Lakes Shakespeare Festival in Lakewood, Ohio. 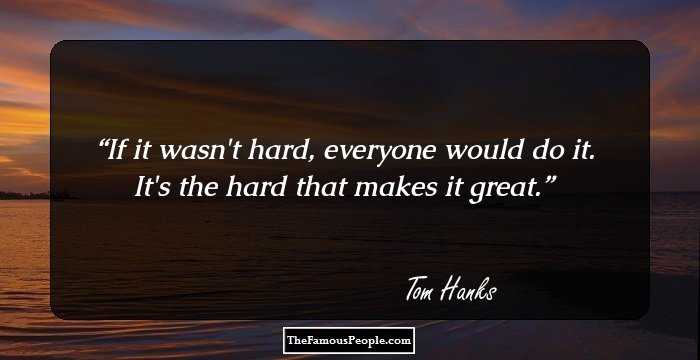 Continue Reading Below
Career
In 1978, his performance as ‘Proteus’ in Shakespeare’s ‘The Two Gentlemen of Verona’ won him the Best Actor award in the Cleveland Critics Circle.
From 1978 to 1980, he acted in various summer productions of Shakespeare’s plays and in winters, he worked for a theater company in Sacramento.
In 1979, he moved to New York with the dream of performing in Broadway. In 1980, he made his onscreen debut in the low-budget horror movie, ‘He Knows You're Alone’.
The same year, he got a chance to perform in the television sitcom ‘Bosom Buddies’ which earned him critical acclaim.

In 1982, his guest appearance on the TV episode of ‘Happy Days’, impressed co-actor Ron Howard who invited him to star in the supporting role in ‘Splash’, a comic film in 1984, that became a great hit.

His performance as a 13-year-old boy trapped in the body of a 35-year-old man in Penny Marshall’s ‘Big’ (1988), was lauded and he soon began appearing in blockbuster hits.
His notable performance in ‘Punchline’ which released in 1988, won him a Los Angeles Film Critics Association Award.

His major breakthrough came in 1993, when he played the role of an attorney with AIDS in Jonathan Demme’s film, ‘Philadelphia’. He reduced 37 pounds for the film and his performance won him an Oscar and an MTV Movie Award.

In 1994, he played lead role in the movie ‘Forrest Gump’, an epic romantic-comedy-drama, based on the eponymous novel by Winston Groom. He won the Academy Award for his role in the movie.
Continue Reading Below

In 1998, he teamed up with Steven Spielberg for the first time and performed a challenging role in ‘Saving Private Ryan’ that got him his fourth nomination for the Academy Award for Best Actor.

In 2001, he caught attention of the public when he was cast in ‘Band of Brothers, a HBO mini-series and in ‘A Tribute to Heroes’.
In 2004, he appeared in a number of films including Coen Brothers' ‘The Ladykillers’, Spielberg’s ‘The Terminal’ and Robert Zemeckis’ ‘The Polar Express’.
In 2006, he teamed up with Ron Howard and played the role of Robert Langdon in the film, ‘The Da Vinci Code’, an adaptation of Dan Brown’s novel of the same name.
He co-produced ‘The Great Buck Howard’ (2008), where his son Colin Hanks co-starred with him.
In 2009, he played the role of the famed Robert Langdon once again in ‘Angels and Demons’, a sequel to ‘The Da Vinci Code’ that catapulted him to fame.
He was the executive producer of the 2012 film ‘Game Change’ which is about the 2008 presidential campaign. 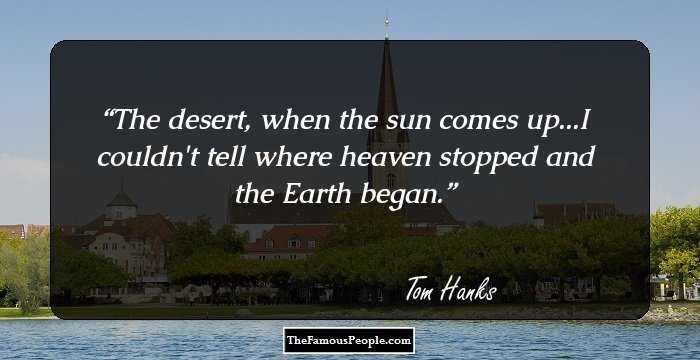 Major Works
The 1999 animated film, ‘Toy Story 2’, where Hanks lent his voice for the character, Woody, the leader of the cowboy dolls, became a box-office hit making a record-breaking box-office sale of $80.8 million.
Continue Reading Below

‘Apollo 13’ a film that deals with the lunar mission, released in 2002, in the IMAX format became a huge success, earning $500 million at the box office.

‘The Da Vinci Code’ filmed in 2006, based on the best-seller written by Dan Brown, earned over $750 million at the box-office.
Awards & Achievements

He won two Academy Awards consecutively in 1994, and 1995, for his outstanding performance in the films ‘Philadelphia’ and ‘Forrest Gump’.

In 2002, he was the recipient of American Film Institute's Life Achievement Award, presented by Steven Spielberg. He became the youngest recipient of this prestigious honour.
He was inducted into the United States Army Rangers Hall of Fame in 2006. 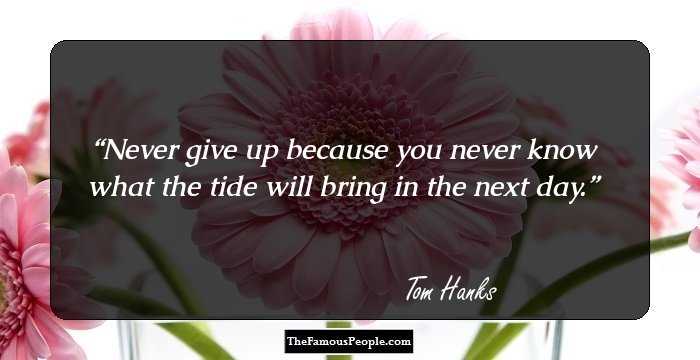 In 1978, he married Samantha Lewes, an actress and producer. They were divorced in 1987. The couple has two children, Colin and Elizabeth.

He married Rita Wilson in 1988, an actress with whom he worked in the film ‘Volunteers’. The couple has two sons, Chester and Truman.

An asteroid “12818 tomhanks” is named after him.
Trivia
This actor who has played the role of Robert Langdon in one of the films has been voted as the ‘most trusted person in US’ as per a poll published in Reader’s Digest.
This Hollywood actor loves to collect typewriters and has 80 of them in his collection.

This famous Hollywood actor is a distant relative of President Abraham Lincoln.

See the events in life of Tom Hanks in Chronological Order 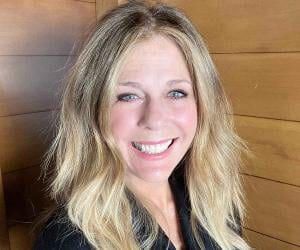 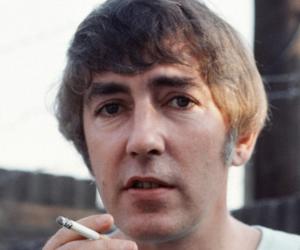 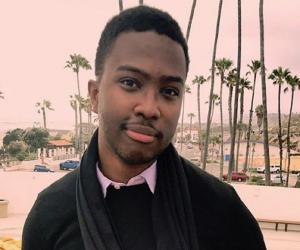