Colin Hanks, born as Colin Lewes Dillingham, is an American actor, producer, and director. He is known for his roles in movies, such as ‘King Kong,’ ‘Orange County,’ ‘The Great Buck Howard,’ and ‘The House Bunny.’ He is also a voice artist known for voicing Tom in the animated series ‘Talking Tom and Friends’. The eldest son of renowned actor Tom Hanks and actress Samantha Lewes, Colin was born into a family with a rich legacy in acting. Exposed to the show business at an early age, he too decided to follow in his parents’ footsteps into the world of acting. Despite being the son of an acting icon, Hanks has managed to achieve considerable success as an actor in his own right. His inherent acting skills shine through in each of the roles he plays. As a young man, he was intent on getting a college degree and studied for a while at Chapman University and Loyola Marymount University. However, he dropped out in order to pursue a full-time acting career. In recognition of his work, he has been nominated for several awards till date, including the Golden Globe Award for Best Supporting Actor – Series, Miniseries or Television Film. Ezra Miller
Actors #396
Film & Theater Personalities #754
DID WE MISS SOMEONE?
CLICK HERE AND TELL US
WE'LL MAKE SURE
THEY'RE HERE A.S.A.P
Quick Facts

American People
American Men
California Actors
Loyola Marymount University
Tall Celebrities
Childhood & Early Life
Colin Hanks was born as Colin Lewes Dillingham on November 24, 1977 in Sacramento, California, USA, to popular actor Tom Hanks and his girlfriend, actress cum producer, Susan Dillingham aka Samantha Lewes. He acquired the surname Hanks after his parents got married in 1978.
Hanks is of Polish Jewish and Portuguese descent. He also has part Scottish, English, German and Irish ancestry. He is a nephew of actor, director, voice actor, and producer Jim Hanks. He is also a step-nephew of Australian musician Chris Wilson.
He has a younger sister named Elizabeth Hanks. She is an actress known for her roles in ‘That Thing You Do!’, ‘Forrest Gump’ and ‘Anchoraged’. He has two paternal half-brothers named Truman Theodore Hanks and Chester Marlon Hanks from his father's second marriage to Rita Wilson, an actress. His mother died on March 12, 2002 due to cancer.
He studied at Sacramento Country Day School and later attended Chapman University. He eventually transferred to Loyola Marymount University but left the institution without earning a degree. 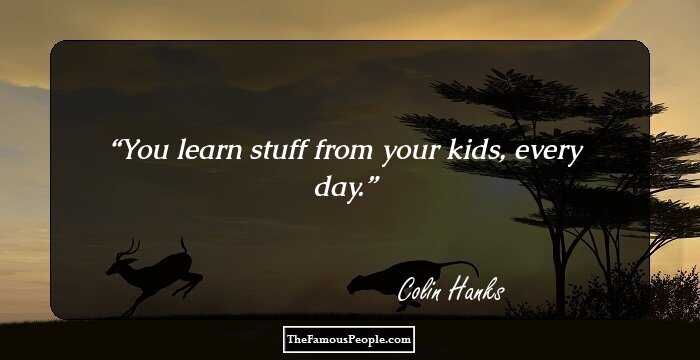 Who Is The Most Popular BTS Member?
Career
Colin Hanks made his acting debut in 1996 with a small role in the film ‘That Thing You Do!’ From 1999 to 2001, he played the role of Alexander Charles Whitman in the first two seasons of the sci-fi series ‘Roswell.’
In the early 2000s, he appeared in the teen comedies ‘Get Over It’ alongside Ben Foster and ‘Whatever It Takes’ alongside Shane West. He also got featured in a HBO mini-series called ‘Band of Brothers’ as Lieutenant Hank Jones.
The actor starred in the movie ‘Orange County’ in 2002. In this comedy, he played Shaun Brumder alongside Schuyler Fisk and Jack Black. The film narrates the funny story of Hanks’ character who tries to get into the Stanford University by hook or by crook.
In 2005, he played the role of an assistant to Jack Black's character in the remake of ‘King Kong.’ That year, the actor also had a guest role in the TV series ‘Numb3rs.’ The following year, he played a cameo role in the flick ‘Tenacious D in The Pick of Destiny’ in which he appeared as a drunken fraternity brother.
Colin Hanks got to play the character of Father John Gill in three episodes of ‘Mad Men’ in 2008. Soon after this, he did the films ‘The Great Buck Howard’ and ‘The House Bunny’.
In 2010, he was cast in the lead role of Jack Bailey in ‘The Good Guys’, an action-comedy drama TV series about a modern-day detective and an old-school cop. That year, the actor was also featured as Brandon Ellis in the stoner black comedy film ‘High School.’
He had a recurring role in the crime drama mystery series ‘Dexter’ in 2011. In the series, he appeared as one of the members of a murderous apocalyptic cult alongside Edward James Olmos.
In 2013, he lent his voice to the character of Luke in the animated TV series ‘PAW Patrol.’ Hanks also starred in eight and three episodes respectively of the series ‘Burning Love’ and ‘NCIS’ the same year.
In 2014, he played Officer Gus Grimly in FX’s black comedy-crime drama anthology series ‘Fargo’ and reprised this role in one episode of the same series a year later. Hanks began voicing the character of Talking Tom in the animated web series ‘Talking Tom and Friends’ in 2014.
He starred as Clint Coburn in the Canadian romantic flick ‘No Stranger Than Love’ and as Jake in the American comedy film ‘Vacation’. From 2015 to 2018, he also appeared in the educational comedy series ‘Drunk History’. 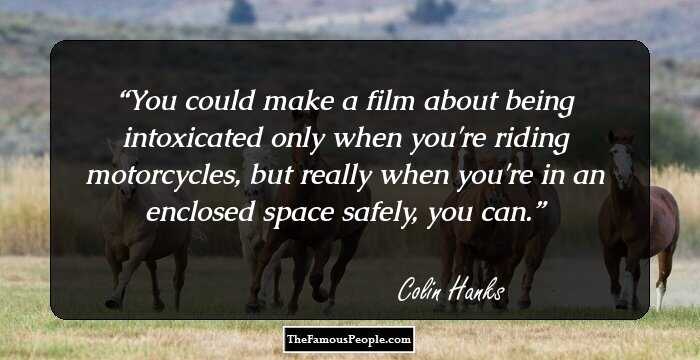 Major Work
In 2015, Colin Hanks started portraying the character of Greg Short in ‘Life in Pieces’. This American sitcom, created by Justin Adler, chronicles the lives of three generations of a family—the Shorts—as they go about their everyday lives in Los Angeles County. Hanks’ performance in the series was much appreciated and he bagged a Satellite Award nomination for ‘Best Actor – Television Series Musical or Comedy’.
Family & Personal Life
In the 1990s, he dated Busy Philipps while in college. In the year 2009, he got engaged to Samantha Bryant, a former New York publicist. The couple tied the knot on May 8, 2010. They have two daughters: Olivia Jane Hanks and Charlotte Bryant, born in 2011 and 2013, respectively.
Hanks is an avid fan of the baseball team San Francisco Giants and attended their victorious World Series-clinching match in Texas in 2010. He is also a fan of the Sacramento Kings, San Francisco 49ers, and Los Angeles Kings.
He has a pet dog named Taz. 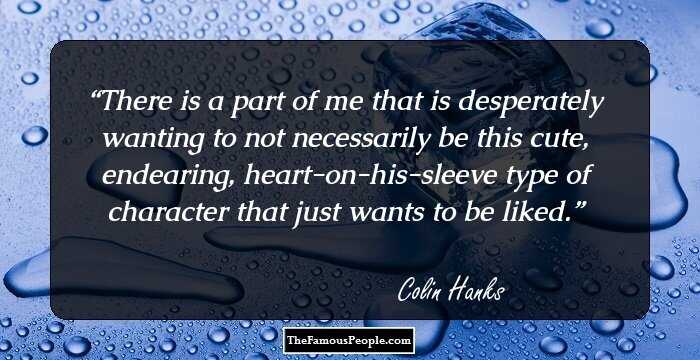 Quotes By Colin Hanks | Quote Of The Day | Top 100 Quotes

See the events in life of Colin Hanks in Chronological Order