Award-winning director Ronald William Howard is a venerated American television and film actor. He is known worldwide for his performances in American sitcoms, ‘The Andy Griffith Show’ and ‘Happy Days.’ When he was 18 months old, he made his first film appearance and has never failed to impress his audience since then. Coming from a theatrical family, he didn’t require much training to hone his acting skills as both his parents were actors. He made several appearances in popular movies, such as ‘The Courtship of Eddie’s Father,’ ‘American Graffiti,’ and ‘The Shootist.’ Following in his father’s footsteps, Ron decided to play an important role behind the camera as a director and producer. Some of his most astute skills as a director were seen in Hollywood films, such as ‘Apollo 13,’ ‘Cocoon,’ ‘A Beautiful Mind,’ and the controversial film ‘The Da Vinci Code.’ In 2013, he was inducted into the prestigious ‘Television Hall of Fame.’ He also has a star on the legendary ‘Hollywood Walk of Fame.’ Jocelyn Howard
DID WE MISS SOMEONE?
CLICK HERE AND TELL US
WE'LL MAKE SURE
THEY'RE HERE A.S.A.P
Quick Facts

American People
T V & Movie Producers
American Men
Oklahoma Actors
University Of Southern California
Childhood & Early Life
Ron Howard was born Ronald William Howard on 1 March 1954, in Duncan, Oklahoma. His mother Jean Speegle Howard was an actress and his father Rance Howard was a writer, actor, and director.
In 1958, he moved with his parents to Hollywood, and a year later his younger brother Clint Howard was born. After three years, the Howards settled in Burbank.
As a child, he received tutoring at ‘Desilu Studios,’ now known as ‘The Culver Studios,’ and attended ‘John Burroughs High School.’
After high school, he enrolled at the ‘University of Southern California’s School of Cinematic Arts,’ but couldn’t complete his education, owing to a flourishing acting career.
Continue Reading Below
Child Actor
When Ron was 18 months old, he made his first appearance in the movie ‘Frontier Woman’ in 1956. By the age of two, he was cast in his first stage play called ‘The Seven Year Itch.’
He was cast to play ‘Billy Rhinelander’ in the 1959 film ‘The Journey.’ With his earnest performance, he managed to land the role of ‘Stewart’ in the first season of the sitcom, ‘Dennis the Menace.’ He also landed a role in the show ‘The Many Loves of Dobie Gillis.’
Around the same time, he was cast in ‘Playhouse 90.’ His performance grabbed the attention of Sheldon Leonard, producer of ‘The Andy Griffith Show.’ Subsequently, he was signed for the role of the lead character’s son, ‘Ronny Griffith.’
In 1962, he was cast in the film ‘The Music Man’ and the following year, he acted in ‘The Courtship of Eddie’s Father.’ From 1965 to 1969, he starred in several guest roles in projects like ‘I Spy’ and ‘Daniel Boone.’
Howard worked closely with ‘Disney’ in his teens. He was signed for the leading role of ‘Mike’ in the ‘Disneyland’ record album ‘The Story and Song from the Haunted Mansion’ which was narrated by Thurl Ravenscroft.
An Established Actor
In 1973, he was cast in George Luca’s film ‘American Graffiti.’ In the movie, he played the main role of ‘Steve Bolander’ alongside actors like Richard Dreyfuss.
The next year, he was signed for the lead role of ‘Richie Cunningham’ in the ABC sitcom ‘Happy Days’ from first to the seventh season. He also starred in the movie ‘The Shootist’ alongside John Wayne.
In 1986, he appeared in the television movie ‘Return to Mayberry.’ He even attended ‘The Andy Griffith Show’ reunion and ‘The Happy Days 30th Anniversary Reunion.’
An Esteemed Director
In the midst of his acting career, he realized that he wanted to become a director. Thus, Howard left ‘Happy Days’ to concentrate on his directing career.
Continue Reading Below
He made his directorial debut with a low budget film titled ‘Grand Theft Auto.’ He became popular as a director when he directed the play ‘Night Shift’ in 1982.
In 1984, he directed the romantic comedy film ‘Splash.’ The film was a blockbuster, grossing millions of dollars. It was also named the best movie of the year. With the film’s overwhelming success, Ron Howard became a successful director overnight.
Thereafter, he directed films, such as ‘Cocoon,’ ‘Backdraft,’ and the documentary space drama ‘Apollo 13,’ which were critically acclaimed.
His most proficient work was showcased in the movie ‘A Beautiful Mind,’ which he co-produced. The movie grossed over 313 million dollars at the box office.
In 2006, he directed the mystery thriller film ‘The Da Vinci Code’ which was based on Dan Brown’s novel of the same name. Even though the film faced lot of opposition, especially from the ‘Roman Catholic Church,’ it still managed to become a success at the box office.
Owing to his success as a director, he, along with Brian Grazer, launched a television and film production company called ‘Imagine Entertainment.’
In 2015, he produced and directed the adventure-drama film ‘In the Heart of the Sea.’ In 2016, he directed ‘Inferno,’ a sequel to ‘The Da Vinci Code’ and ‘Angels & Demons.’
He directed a movie titled ‘Solo: A Star Wars Story’ which was released on May 2018. Based on the famous 'Star Wars' character Han Solo, the movie starred Alden Ehrenreich, Woody Harrelson, and Emilia Clarke in important roles.
Major Works
Ron Howard’s successful early television career helped boost his skills as both an actor and director. ‘The Andy Griffith Show’ received a positive reception, while ‘Happy Days’ was ranked number one in 1976.
The 1984 film ‘Splash’ was his first successful film as a director. The 1985 film ‘Cocoon’ had ‘The New York Times’ stating that Howard provided a “bright, expansive look of a hot-weather hit,” adding to the movie a “reasonably steady” touch.
‘Apollo 13’ grossed more than 355 million dollars at the box office. The movie, starring Tom Hanks, received a grand reception from the critics.
The biographical film ‘A Beautiful Mind,’ based on love and mental illness, was critically acclaimed. ‘The Guardian’ mentioned that Howard pulled off “an extraordinary trick” in the movie by drawing the audience into Nash’s paranoid world.
Awards & Achievements
In 2001, Howard won the award for ‘Best Picture’ and ‘Best Director’ at the prestigious ‘Academy Award’ for his movie ‘A Beautiful Mind.’ He also won the ‘Golden Globe Award’ for ‘Best Picture’ the same year.
Personal Life & Legacy
On 7 June 1975, he married a writer named Cheryl Alley. They presently reside in Beverly Hills, California. The couple has four children, all of whom were named after the place they were conceived.
His first-born child was a girl and he named her Bryce Dallas as she was conceived in Dallas. His twin children were named Jocelyn Carlyle and Paige Carlyle as they were conceived at Hotel Carlyle. His fourth child was named Reed Cross, after a specific road.
Trivia
He is an ardent cricket fan and has attended a test match between Australia and England during the filming of ‘The Da Vinci Code.’

See the events in life of Ron Howard in Chronological Order 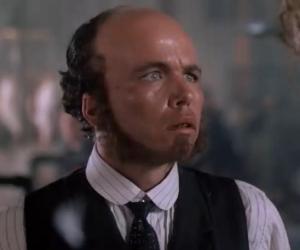