Steven Spielberg is an Academy Award-winning filmmaker, director and producer known for some of the biggest Hollywood blockbusters of the late 20th Century and early 21st Century. Notorious as one of the biggest names in Hollywood, he is regarded as one of the most influential directors in the history of movie making. Having worked in the movie industry for more than four decades, Spielberg has contributed to films of many different themes and genres, including science-fiction and adventure as well historical features. This versatility has allowed him to continue steady work on successful films throughout his life. He has been nominated and awarded with a great deal of achievements throughout his career, as his work has been able to reach individuals of many different backgrounds and interests. His films have set box office records, setting the standards for what it means to be a blockbuster movie. The film maker revolutionized the genre of sci-fi with the special effects included in movies such as the Jurassic Park and E.T. the Extra Terrestrial. Over the years the director has become a champion of humanistic causes and his projects focus on issues such as the holocaust. To know more about the life and works of this eminent director read on the following biography American People
Screenwriters
T V & Movie Producers
American Men
California State University, Long Beach
Childhood & Early Life
Steven Spielberg was born on December 18th, 1946 in Cincinnati, Ohio to Leah Adler Posner, a restaurateur and concert pianist, and Arnold Spielberg, an electrical engineer.
Growing up as an Orthodox Jew, he attended ‘Hebrew School’ from 1953 to 1957 and experienced prejudice and bullying due to his family’s religious practices.
As a child, Spielberg began directing his first short films. In 1958, as a Boy Scout he received a photography merit badge for creating a 9 minute film called ‘The Last Gunfight’.
At the age of 13, Spielberg won a prize for his film ‘Escape to Nowhere’, a 40 minute film based on a battle in east Africa.
In 1963, he wrote and directed his first independent film, a 140 minute science fiction film entitled ‘Firelight’.
He attended ‘California State University Long Beach’, but dropped out in 1969 in order to pursue a career in the entertainment industry. 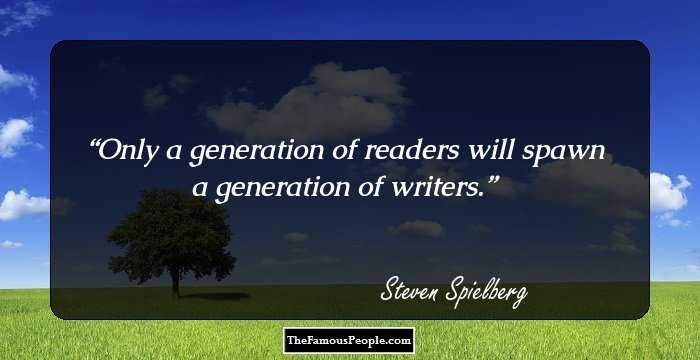 Quotes: Will
Continue Reading Below
Career
Spielberg’s first film was a 26 minute production by the name of Amblin’, produced in 1968 when the budding film-maker was working as an intern at ‘Universal Studios’.
In 1969, he received his first professional television job as he was hired to direct a segment for the pilot episode of ‘Night Gallery’, which starred Joan Crawford.
After impressing ‘Universal Studios’ with his first full-length assignment, an episode of ‘The Name of the Game’ called ‘L.A. 2017’, he signed a contract with Universal for directing four films.
He directed the 1975 film ‘Jaws’, which was his first major success, grossing more than $470 million worldwide at the box office and ushering him into mainstream.
’Close Encounters of the Third Kind’, both written and directed by Steven in 1977, won him his first ‘Academy Award nomination for Best Director’.
The talented film maker directed ‘Raiders of the Lost Arc’ in 1981, the first movie in the Indiana Jones films starring Harrison Ford.
In 1982, he directed ‘E.T. The Extraterrestrial’, which turned out to be the highest grossing film of all time at the time it was released.
Spielberg worked on the film ‘Jurassic Park’ released in 1993, and would go on to release 3 more films in the adventure, science fiction series.
Transitioning from adventure films to drama, this eminent director released Schindler’s List also in 1993.
Continue Reading Below
‘Saving Private Ryan’, released in 1998, was a huge success and the biggest film of the year according to North American box office numbers and was second biggest worldwide.
He directed ‘War of the Worlds’ in 2005, which grossed over $591 million worldwide, another huge box office success.
In 2012, Spielberg’s film ‘Lincoln’ was released and received critical acclaim as it was nominated for twelve academy awards, more than any other film that year.
In 2015, Spielberg directed the movie 'Bridge of Spies'. The film is based on the 1960 U-2 incident occurred during the Cold War and starred Tom Hanks in the lead role. The film was released on October 16, 2015 and was nominated for six Academy Awards.
In 2016, Spielberg directed and co-produced part-animated fantasy adventure film 'The BFG'. The movie was released on July 1, 2016.
His upcoming projects include a film adaptation of the popular sci-fi novel 'Ready Player One'. The film is scheduled to be released on March 30, 2018. 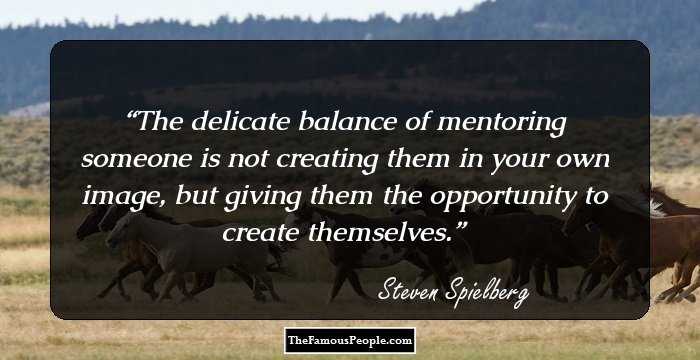 Major Works
In 1981, he founded ‘Amblin Entertainment’, an American film and television production company. Amblin has released many of Spielberg’s motion pictures, along with pictures from a variety of other directors, most of whom are friends of Steven.
He founded ‘DreamWorks SKG’ studio, in 1994, with Jeffrey Katzenberg and David Geffen, a live-action and animation film studio, located in the ‘Universal Studios’ lot. ‘DreamWorks’ has distributed a variety of ‘Amblin’ productions.
Continue Reading Below
Awards & Achievements
The famous film-maker was honored with the ‘Irving G. Thalberg Memorial Award’ from the ‘Academy of Motion Picture Arts and Sciences’, in 1986
For his work on ‘Schindler’s List’ in 1994, this director earned two ‘Academy Awards’, one for ‘Best Picture’ and one for Best Director’.
In 1994, ‘University of Southern California’ awarded Spielberg with an honorary degree.
He won the ‘Best Director Academy Award’ for the war movie ‘Saving Private Ryan’, in 1999.
Spielberg received the ‘Directors Guild of America Lifetime Achievement Award’ in 2004.
The veteran director Spielberg was inducted into the ‘Science Fiction Hall of Fame’ in 2005.
In 2015, he was awarded the Presidential Medal of Freedom from President Barack Obama. 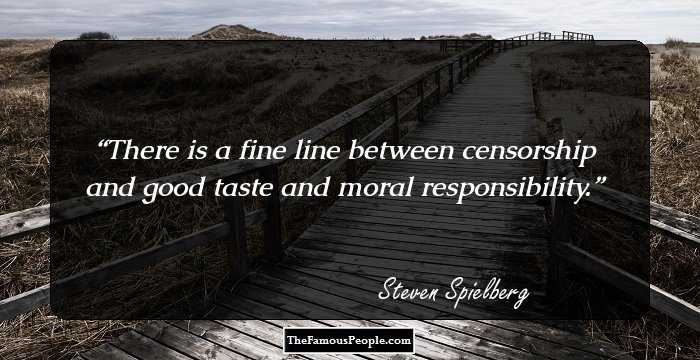 Personal Life & Legacy
Married to Amy Irving from 1985 to 1989; the couple has one kid together, Max Samuel.
His present wife is Kate Capshaw, whom he met during filming of ‘Indiana Jones’ and the ‘Temple of Doom’. The two married in 1991 and have 5 children together, 3 biological and 2 adopted.
In 2002, 35 years after he first enrolled in college, Spielberg was able to finish his degree through independent studies and was awarded a Bachelor’s of Arts in ‘Film Production and Electronic Arts’ from ‘California State University Long Beach’.
Trivia
The first full-length film this famous film-maker was commissioned to direct, ‘Malcolm Winkler’, fell through due to difficulties in casting the lead male role

Quotes By Steven Spielberg | Quote Of The Day | Top 100 Quotes

See the events in life of Steven Spielberg in Chronological Order