Tasya van Ree is an American photographer, painter, and designer. She is best known for her black-and-white photographs of celebrities. Originally from Hawaii, Tasya moved to Los Angeles later and started her career as a photographer. Tasya has held many solo exhibitions. She has also been part of many collaborations, with artists such as Amy Arbus, Jessica Lange, Gus Van Sant, and David Lynch. Tasya has also been in the news for her “domestic partnership” with actor Amber Heard. Tasya and Amber were involved in a bitter domestic violence incident in 2009, which was highlighted by the media. They split later. Tasya has also designed T-shirts, painted, and made pencil drawings. She specializes in dream-drawing. Tasya is often seen in her signature cowboy hat. She incorporates the art and culture of Los Angeles in her creations. Austin Swift
DID WE MISS SOMEONE?
CLICK HERE AND TELL US
WE'LL MAKE SURE
THEY'RE HERE A.S.A.P
Quick Facts

Tasya van Ree was born on April 30, 1976, in Mililani, Hawaii, United States of America. She is of Japanese–Dutch ancestry.

While growing up in Hawaii, she was a surfer. In high school, she attended a photography course. By her senior year, she had developed a serious interest in the art.

In 1994, Tasya moved to Los Angeles to join college. However, she dropped out of college soon and started her stint as a photographer.

Tasya van Ree is now a well-known photographer and artist. She made a name for herself with her signature black-and-white photographs of celebrities such as Katherine Moennig, Michelle Rodriguez, and Matt Dallas.

She initially used black-and-white photos to express a sense of timelessness and merged her medium with modern subjects, such as blonde actors. Amber Heard, her former partner, has been her main muse for many of her creations.

She has showcased her work in several cities and has also been featured in various magazines. She has been featured in countless exhibitions, both as a solo photographer and in collaboration with other popular artists such as Amy Arbus, Gus Van Sant, Jessica Lange, and David Lynch.

Two of her popular exhibitions were an unnamed exhibit at the L.A.'s Celebrity Vault (August 2010) and Distorted Delicacies in New York (June 2011).

Tasya van Ree’s 2014 exhibit A State of Mind & Affairs of its Games, showcased at the Chateau Marmont in Los Angeles, showed toys and other objects, painted in solid colors.

Some of Tasya’s notable solo exhibitions were Replica at the Stephen Webster, Beverly Hills; Spleen at Jules & Jim in Paris; and a self-titled exhibition at the Edgar Varela Fine Arts in New York.

Tasya van Ree also creates short films, paints, and creates pencil drawings. Her specialty is dream-drawing, through which she showcases images from her dreams through her drawings.

Tasya has also created text-based T-shirts. She has named these clothes "DieWilder" and wears them at various events.

In August 2015, one of her poems was featured on the blog of the fashion and home décor brand The Dreslyn, as part of their "A Letter to My Younger Self" series. The same year, Tasya designed a cowboy hat for the American hat manufacturer Stetson. It had an oversized brim and a prominent crown.

Tasya van Ree is now often seen wearing her signature hat. In an interview video for the "Be You" project with Genetic, she explained that her hat shows that she is "a cowboy at heart... part alien, part cowboy, part male, part female...” She also said she focuses on the details of every outfit she designs and wears.

Of late, Tasya’s creations focus more on nature than on celebrities. However, her creations have always been associated with the feminine force.

One of her recent collaborations has been with fellow photographer Nitsa Citrine, in a project that highlights the contradictions within the concept of womanhood. It showcased various subjects and focused on their contributions as artists or activists.

Tasya van Ree was in a long-term relationship with actor Amber Heard from 2008 to 2012. Amber revealed her relationship with Tasya and came out as lesbian in 2010, at the 25th anniversary of the Gay and Lesbian Alliance Against Defamation, popularly known as GLAAD, about 2 years after the two had started dating.

It is believed they had a secret marriage later and thus started a "domestic partnership." Amber has also changed her last name to “Van Ree.” Tasya got a tattoo of Amber’s name inked on her arm.

In 2009, Amber was accused of assaulting Tasya at the Seattle-Tacoma International Airport. Amber had apparently grabbed her hand and hit her after an altercation, following which Tasya called the police. Following this, Amber spent a night in prison. However, the King County prosecutor did not charge her, as neither Tasya nor Amber stayed in Washington.

After Tasya and Amber split, Amber went on to marry (and then divorce) actor Johnny Depp and then date Elon Musk for a while.

In 2016, Tasya began dating model Caroline Vreeland, who is the great-granddaughter of Diana Vreeland. The same year, Tasya defended Amber, when asked about the 2019 incident, stating that the whole incident had been blown out of proportion and that they were still friends.

Tasya van Ree loves the food, lifestyle, and culture of Los Angeles and often includes them as elements in her creations. 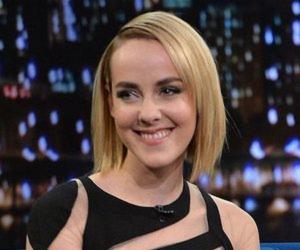 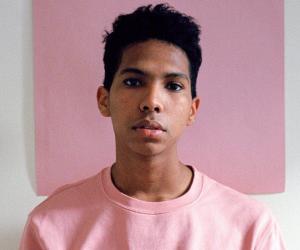