Charles Henry Alston was a reputed African American painter, sculptor, and an illustrator born in the early 20th century. He is best known for the sculpture of Martin Luther King he created in the 1970s which was put up at the White house in 1990. The bust is known for being the first sculpture by an African American to be displayed there. Alston was also deeply influenced by the civil rights movement of the 20th century. He created many works just in black and white, so that racial unity could be expressed through his works. He also helped bridging the gap between the African artists and the other artists of America. Several Mexican muralists like Diego Rivera and José Clementa Orozco, all of whom used murals as a tool for social activism, heavily inspired Alston. He is also credited for enriching the cultural life of Harlem, the city where he worked and lived. Alston is remembered for experimenting with different kinds of styles. Firstly he experimented with negative forms and organic space; after that, he focused on creating modernist styled paintings. He also focused on mural work, and created artwork for several places like the Harlem Hospital and Golden State American Museum of Natural History. American Celebrities
Black Artists
Black Artists & Painters
American Men
American Artists
Childhood & Early Life
Charles Henry Alston was born in North Carolina, US, to Reverend Primus Priss Alston and Anna Elizabeth Miller Alston, on November 28, 1907. He was the youngest of five children, two of whom died during infancy. His father himself was born into slavery, and it was only after many hardships that he managed to become a Minister as well as the Founder of St. Michael’s Episcopal Church.
After the death of his father, his mother married Harry Bearden. Through the marriage, the renowned American artist, Romare Bearden became Charles’ cousin. Bearden was also known for his struggle for civil rights. The young Alston was influenced a lot by him.
Their family moved to New York, during the Great Migration in 1915, with around six million other African Americans. Though initially the family survived quite well, later they would suffer a lot during the Great Depression, which would begin in August 1929.
Charles Alston studied at DeWitt Clinton High School, where his artistic talents were recognized. He became the art editor of the school magazine and also joined the Arista-National Honor Society, and attended the National Academy of Art.
He became a member of the Harlem community at a young age. Later, he received a scholarship from the University of Yale to attend the Yale School of Fine Arts, but he declined it and went to Columbia to pursue his higher education. There, he worked for the ‘Columbia Daily Spectator’, the weekly student newspaper of the Columbia University. He also drew cartoons for ‘Jester’, which was the school magazine.
Following his graduation in 1929, he studied at the Teachers College, where he obtained his Master's in 1931. 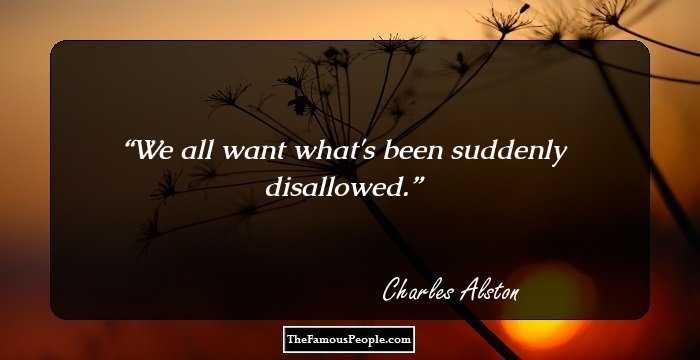 The Sexiest Men Of 2020, Ranked
Career
Charles Alston worked for several journals and magazines such as ‘Fortune’ and ‘The New Yorker’ after he finished his studies. After that, he was stationed at the Army, at Fort Huachuca, a United States Army Installation, for around a year in 1942-43. He also worked for several years as an artist in the Office of War Information and Public Relations.
It was in the 1950s that he started creating abstract paintings. He also continued to drawing figures, occasionally shifting between the two modes. Later, he decided to leave commercial work, so that he could focus on his own work instead. His first painting was displayed at the Metropolitan Museum of Art, the largest art museum of the US, in 1950. Three years, later, he held his first solo exhibition at the John Heller Gallery.
In 1956, he was appointed as an instructor at the Museum of Modern Art, becoming the first African American to be appointed at this post. Here he taught for a year after which he went to Belgium.
Few years later, in 1963, along with other renowned artists like Romare Bearden, Normal Lewis, and Hale Woodruff, he co-founded the Spiral group, which became the first collective of African American artists in the US. In 1973, he became a full Professor at the City College of New York. 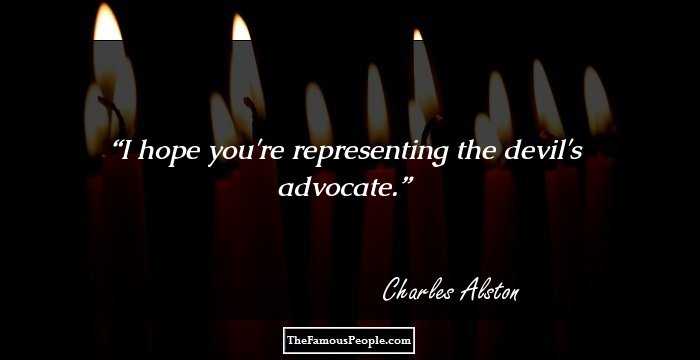 Quotes: You, Hope, I
Major Works
The bronze sculpture of Martin Luther King, created by Charles Alston, which was put up at the White House in 1990, is regarded as his best and most well-known work. Alston was commissioned for it by the Community Church of New York for $5000 in 1970. This sculpture was also the first piece of art by an African American to be displayed at the White House.
He is known for various other works like ‘Portrait of a Man’ in which he depicts a detailed and realistic style with pastels and charcoals. He also created ‘The Girl in a Red Dress’, and ‘The Blue Shirt’ in which he portrayed young individuals in his city Harlem using new innovative techniques.
He created other sculptures such as ‘Head of a Woman’ in 1957 in which he takes a modern approach to sculpture as facial features in this art were suggested instead of fully formulated.
Charles Alston also created the famous ‘Magic in Medicine’ and ‘Modern Medicine’ murals, artworks which are situated opposite each other, and located in the Harlem hospital. These two pieces of work are considered as one, and it shows the differences between modern medicine and ancient healing practices. However, it is still debated what precisely Alston was trying to convey through this artwork.
Continue Reading Below
In 1960, he created some religious artworks which included the ‘Christ Head’, which had an angular portrait of Jesus Christ.
Awards & Achievements
In 1958 Charles Alston was elected as a member of the American Academy of Arts and Letters.
He was awarded the first Distinguished Alumni Award from Teachers College in 1975.
He was given a presidential appointment by the then US President Lyndon Johnson, to the National Council of Culture and Arts. He was appointed by the Mayor of New York city, John Lindsay, to the New York City Art Commission as well.
He was the first African American to become an instructor at the Museum of Modern Art, as well the first African American, whose artwork was put up for display at the White House. 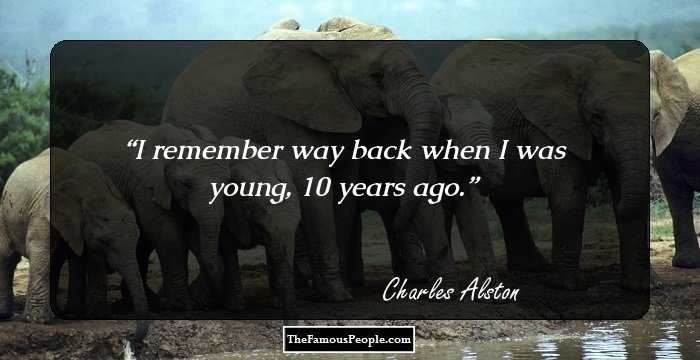 Quotes: Young, I
Personal Life & Legacy
In 1944, Charles Alston married Myra Adele Logan, an intern at the Harlem Hospital, whom he met while he was working on the murals.
His wife passed away in January 1977. Charles died the same year, of cancer on April 27, 1977.
After his demise, the Arts Students league created a 21-year merit student scholarship to honor Alston for the years of service.
You May Like

Quotes By Charles Alston | Quote Of The Day | Top 100 Quotes

See the events in life of Charles Alston in Chronological Order