Advanced Search
Roy Fox Lichtenstein was a pop artist from America whose works, in comic strips style, portray the shallowness of the culture prevalent in contemporary American life. With bright, loud colors and techniques closely related to the printing industry, he paradoxically integrated the bulk-produced emotions through consumerism into classy references to art history and famous works of artists from the bygone centuries, depicting the frivolity of today’s era in the harsh contrasting background of the sophisticated artistic contexts. Lichtenstein is one of the two most recognized names in pop art, for his work had the queer mixture of sardonic sense of humor and careful technique. Throughout his creative journey he was inspired by artists like Allan Kaprow, Russ Heath, Edgar Degas, Irv Novick, etc. He taught art at Rutgers University for a few years after finishing his master’s degree in fine arts from Ohio University. He had a brief history of working as a draftsman in the army during World War II, an experience that he often included in his artistic depictions. He worked tirelessly, producing masterpieces of revolutionized paintings and sculptures, sometimes even working for 10 hours straight in his studio, yet he considered his creative products not important enough to the world of ‘art’. American Celebrities
American Men
Ohio State University
American Artists
American Artists & Painters
Childhood & Early Life
Roy Lichtenstein was born on October 27, 1923 in New York City to Milton Lichtenstein and Beatrice Werner Lichtenstein. His father was a successful real estate developer. He grew up on the Upper West Side, owing to his affluent background.
He went to New York’s Franklin School for Boys and completed his secondary education there. It was during this time that he increasingly became interested in art, design and music, especially jazz.
While at school he took classes at the Art Students League, studying with American realist painter Reginald Marsh in 1940. He got admission in The Ohio State University but his studies were interrupted by WW II.
Continue Reading Below
Career
Lichtenstein left the opportunity to pursue studio courses and a degree in fine arts to serve his country in WW II in 1943. He was trained in programs for languages, engineering, and pilot training but he served as an orderly and a draftsman.
In 1946, he returned back to studies in Ohio under the supervision of one of his teachers, Hoyt L. Sherman. He soon received a Master of Fine Arts degree and became an art instructor at the university.
He had his first solo exhibition at the Carlebach Gallery, New York in 1951. He was slowly gaining popularity in the circuit and moved to Cleveland in the same year where he undertook variety of jobs like working as a draftsman.
In 1958, Lichtenstein started teaching at the State University of New York at Oswego, after oscillating between cubism and Expressionism and finally adopting the Abstract Expressionism style. He started amalgamating cartoon characters like Mickey Mouse into his abstract art.
After he took up role of a teacher at Rutgers University, from 1961-1964, Lichtenstein profusely painted pop paintings, inculcating cartoon characters and household objects into it. His first large-scale work ‘Look Mickey’ was also painted in this period.
During this time, Leo Castelli, an Italian-American art dealer, started showcasing Lichtenstein's work at his gallery in New York. Lichtenstein had his first solo show at the Castelli gallery, during which the entire collection was sold even before the exhibition opened.
Around 1963, he resigned from his position at the Rutgers University to concentrate better on his paintings. ‘Drowning Girl’ was produced during this time, which is Lichtenstein’s most famous work. It is now showcased at the Museum of Modern Art, New York.
During this time, he painted ‘Whaam!’ which was displayed at Tate Modern, London. Now Lichtenstein was famous worldwide for the quirky adaptation of comic-book characters and storylines into his paintings.
Around 1964-1965, he started to experiment with art and tried out sculpting to express the abstract creativity that he had been trying to put across with his paintings. ‘Head of Girl’ and ‘Head with Red Shadow’ was created during this time.
Continue Reading Below
Lichtenstein abandoned his comic-strip style of paining and began his ‘Modern Paintings’ series in 1966. He made over 60 paintings on the theme, using his distinctive Ben-Day dots and geometric shapes and lines.
He created ‘Composition and Leda and the Swan’ in 1969 on the commission by Gunter Sachs’ Pop Art bedroom suite at the Palace Hotel in St. Moritz. Sachs was a German photographer, author, industrialist and an avid art collector.
In 1970, he was appointed by the Los Angeles County Museum of Art to make a film, and along with Universal Film Studios Lichtenstein made ‘Three Landscapes’. It was his only artistic collaboration with the medium.
After this, he moved to Southampton, Long Island, and lived in seclusion there. He moved on from his earlier style of painting and started a series of ‘Mirrors’ paintings. He also started to experiment with the subject of entablatures.
In 1978, he got influenced by German Expressionist prints and illustrated books and produced works like: ‘Pow Wow (1979)’, ‘Amerind Landscape (1979)’, ‘The White Tree (1980)’, ‘Dr. Waldmann (1980)’, ‘Amerind Figure (1981)’, etc.
In the late 1970s unitl mid-1980s, Lichtenstein did commissioned work in public places, for which he gained a lot of popularity, like: ‘Lamp (1978)’, ‘Mermaid (1979)’, ‘Brushstrokes in Flight (1984)’, and ‘Mural with Blue Brushstroke (1984-85)’.
Throughout 1980s until 1990s, he worked on ‘Still Life’ paintings, sculptures and drawings which included the most traditional motifs and themes, like fruits, flowers and vases. He also produced ‘Reflection’ series using motifs from his previous work.
In the 1990s, he got inspired from the monochromatic prints of Edgar Degas, the famous French artist, having come across with it at the Metropolitan Museum of Art. He produced the ‘Landscapes in the Chinese Style’ during this time.
Major Works
During early 1960s, Lichtenstein produced works, like ‘Look Mickey (1961)’, ‘Whaam! (1963)’ and ‘Drowning Girl (1963)’, that made him into an international phenomenon. This was the time when he was experimenting with the incorporation of cartoon characters into his abstract paintings.
Awards & Achievements
During 1990s, Lichtenstein was recognized all over the world for the revolution he brought into the world of abstract art. He was awarded the Creative Arts Awards in Painting by Brandeis University (1991), Kyoto Prize, Japan (1995), etc.
Personal Life & Legacy
He was married to Isabel Wilson form 1949-58. They both had two sons together, David Hoyt Lichtenstein who is a songwriter now and Mitchell Lichtenstein who is a famous actor, writer, producer and director.
Lichtenstein was married to his second wife, Dorothy Herzka’ from 1968 until his death and the couple used to live in a house near the beach in Southampton, New York. He died of pneumonia in 1997 at the New York University Medical Center.
Trivia
It is said that Lichtenstein never credited any artist that he included in his work or got influenced by.

See the events in life of Roy Lichtenstein in Chronological Order 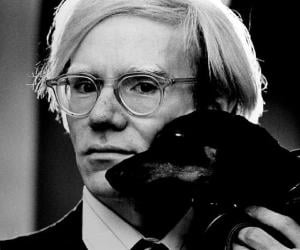 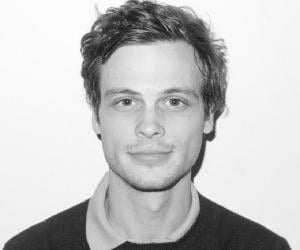