Tana Ramsay is a British author and TV personality. She is also known as the wife of celebrity chef Gordon Ramsay. As a TV personality, she has appeared in the shows ‘Market Kitchen’, ‘MasterChef’ and ‘Dancing on Ice’ to name a few. Ramsay is also a former schoolteacher. Despite her TV and writing credits, she is best known in the media for being a celebrity wife. A doting wife and a mother of four, Ramsay is a very strong, ambitious, and bold lady. She is a classy woman who is admired for her fashion sense. Even though she is the wife of a celebrity, she is a down-to-earth personality. Currently, she is active on social media and often features on her husband Gordon’s social media posts. Her husband keeps on showcasing his love for his wife through his posts that include captions about her beauty and their life together. Holly Anna Ramsay
Career
Tana Ramsay first appeared on television in the show ‘Hell's Kitchen.’ In 2010, she appeared as a contestant on ‘Dancing on Ice’ in which she was partnered with professional skater Stuart Widdall. However, she was eliminated in the fourth week. After this, she served as a presenter of a UKTV's food show titled ‘Market Kitchen.’ In 2014, Ramsay made an appearance as a guest judge in the American version of ‘MasterChef’ alongside her husband and celebrity chef Gordon Ramsay. Since 2015, she has starred alongside her daughter on CBBC’s ‘Matilda and the Ramsay Bunch’.
Tana Ramsay has also worked as a Montessori trained educator at one point in her life. During that time, she had trained numerous children with the goal of making them independent by offering them freedom within limits. As a teacher, she focused on the students’ physical, psychological, and social development.
In addition, Tana Ramsay is an author who writes on food-related topics. Till date, she has written a number of books, many of which went on to become best-sellers.
You May Like

The Hottest Male Celebrities With The Best Abs
Continue Reading Below
Personal Life
Tana Ramsay was born as Cayetana Elizabeth Hutcheson on August 16, 1974 in Croydon, Surrey, England. Her father’s name is Chris Hutcheson. It was her father who initially assisted with the business operations of her husband’s huge restaurant empire.
She married celebrity chef Gordon Ramsay on 21 December 1996, in London. They have four children, fraternal twins Jack and Holly, and Megan and Matilda. Tana Ramsay had a miscarriage at one point in her life. She was carrying her fifth baby and lost the fetus at five months of pregnancy. Currently, the couple lives in Wandsworth Common.
You May Like 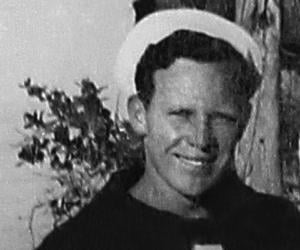