(British Writer, Model and Television Presenter Known for Her TV Shows ‘Frock Me’ and ‘Popworld’)

Alexa Chung is a well-known British fashion designer, entrepreneur, model, television presenter and writer. She began her career as a teen model and over the years has worked with prestigious brands like Vogue, Elle, Harper's Bazaar, Pepe Jeans and L'Oréal Professionnel. She has also launched her own fashion label called Alexachung. On television, she first made her mark with the Channel 4’s teen music show Popworld and then went on to present more shows like Frock Me, It's On with Alexa Chung, 24 Hour Catwalk and more recently a Netflix reality series Next In Fashion. Her unique style and personality have made her the muse of many fashion designers with the fashion brand Mulberry even taking out a designer handbag inspired by her. She is also a writer who has penned columns for magazines and newspapers and even gone a step ahead to publish her book. Alexa Chung was born on 5th November, 1983 in the village of Privett, Hampshire, to Phillip Chung, a graphic designer, and Gillian Chung, a housewife. She is one of the four children of her parents.

For her education, she went to the local Perins School and later joined Peter Symonds College.

She qualified to study English at King's College London and arts foundation course at Chelsea College of Arts; however, she skipped both to pursue her modelling career.

At the age of sixteen, while at the Reading Festival, Alexa Chung was noticed by the London-based Storm Model Management agency.

She began working as a teen model for magazines like Elle Girl and CosmoGIRL and went on to work in advertising campaign for more companies like Fanta, Sony Ericsson, Sunsilk, Urban Outfitters and Tampax.

In 2005, she appeared in a short three-minute scripted television reality show, Shoot Me.

Few years into modelling and Alexa Chung decided to quit the profession and join university. However, in 2006, her big break came when she was offered to co-host Channel 4’s teen music show Popworld along with Alex Zane. The two host together also presented the Popworld Radio show every week for seven month.

In 2007, she signed a deal with Channel 4 and turned a guest presenter in talk show Big Brother's Big Mouth and a panelist on a comedy panel show 8 out of 10 Cats. She also hosted numerous T4 Movie Specials and 4Music Specials.

She became a regular presenter with T4 and hosted its teen programmes like the early morning music programme Freshly Squeezed (2007) and reality show Vanity Lair (2008).

Beginning October 2007 up till June 2008, she penned a monthly column for the women's magazine Company.

In 2008, she presented Channel 4's Gok's Fashion Fix. In the same year, she presented another fashion and music show called Frock Me together with co-host and fashion designer Henry Holland.

Alexa Chung made a comeback in the world of modelling by becoming the face of several fashion collections - from Australian fashion label Antipodium to Oxfam's ethical fashion range, Revamped and Vivienne Westwood Red Label.

Between November 2008 and June 2009, she yet again turned columnist, this time weekly, for Britain's The Independent newspaper. She was also named contributing editor of British Vogue in June 2009.

The beginning of 2009 saw her modelling for British global fashion retailer, New Look. She also worked for Wren's Holiday 2009 collection and endorsed DKNY Jeans. In the same year, she hosted a couple of awards shows - Diesel U Music Awards and the Elle Style Awards.

The year 2009 also saw her moving to US screen with her talk and variety show It's On with Alexa Chung. The show - in which she interviewed celebrities - wound up towards the end of the year and Alexa returned to UK.

In 2010, she first hosted the second season of Frock Me and later presented an MTV’s rock show Gonzo With Alexa Chung. Her modelling assignments during this year were for brands like MOGG's, Pepe Jeans and Lacoste. She appeared on the cover of Vogue magazine for the first time in February 2010. Since then, she has been on Vogue cover numerous time.

In 2010 as well as 2011, she joined hands with American multi-brand specialty retailer J.Crew's Madewell division to launch a womenswear line.

In 2011, she joined Carson Daly and Natalie Morales to present NBC's 2011 Golden Globe Arrivals Special. Later, the same year, she hosted the iTunes Festival. Again, the same year, the Italian sneaker brand, Superga, chose Alexa Chung to become the face of their campaign to mark their centenary celebration.

In 2012, she turned host for 24 Hour Catwalk, a reality competition show for designers and Fuse News, a nightly music show. She also played herself in an episode – Dirty Rotten Scandals - of popular television show Gossip Girl.

In 2012, she participated in London Fashion Week for designer Stella McCartney show and volunteered to act as a guest assistant to Dutch magician and illusionist Hans Klok.

In 2012, she was appointed the spokesperson for the annual British Designers Collective which gave rising fashion talents a chance to sell their collection at a six week pop-up shop. The year further saw her becoming the face of French brand Maje for their autumn/winter 2013 campaign.

Between 2013 and 2015, she did four campaigns for the French luxury leather goods brand, Longchamp.

In 2014, she became a guest editor and a model for Tommy Hilfiger’s Fall 2014 collection.

In 2015, Alexa Chung teamed up with British Vogue to create an online documentary series, The Future of Fashion, in which she takes a deeper look into the fashion industry. The year also saw her entering into collaboration with the Italian fashion brand, AG Jeans.

In 2017, she launched her fashion label - named after herself - which aims to create clothes that people want to wear.

In 2017-2018, she lent her voice for an action adventure animation series Neo Yokio.

In 2020, along with Tan France, she co-hosted the Netflix reality fashion competition show Next In Fashion.

She has also been signed with London-based makeup brand Code8 as its first-ever global ambassador.

Luxury fashion company Mulberry designed and named a bag after Alexa Chung. The bag became quite popular and increased the sales of the brand.

In 2010, she won the Editor’s Choice award at Elle Style Awards.

Alexa Chung is currently in relationship with Orson Fry who is the heir to Fry’s Chocolate Empire.

See the events in life of Alexa Chung in Chronological Order 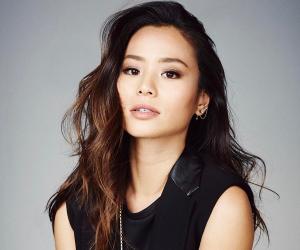