DID WE MISS SOMEONE?
CLICK HERE AND TELL US
WE'LL MAKE SURE
THEY'RE HERE A.S.A.P
Popularity Index
240
Poets #103
Playwrights #22
Writers #147
Quick Facts

Sophocles was an ancient Greek poet and one of three ancient Greek tragedians whose plays have survived. His plays belonged to the period after Aeschylus and earlier of Euripides. Based on the information provided by Suda, a 10th century encyclopedia, Sophocles wrote 123 plays during his lifetime, out of which only seven have survived in a complete form. These plays are Ajax, Antigone, Trachinian Women, Oedipus the King, Electra, Philoctetes and Oedipus at Colonus. It was believed that he remained the most celebrated playwright in the dramatic competitions of the city-state of Athens held during the religious festivals of the Lenaea and the Dionysia. Sophocles participated in thirty competitions, of which he won 24 and never went below second place in the rest. Among his plays, the two most famous tragedies, Oedipus and Antigone are generally known as the Theban plays, even though each play belonged to a part of a different tetralogy. Sophocles greatly influenced the drama. His main contribution was the addition of third actor which reduced the importance of the chorus in the presentation of the plot. A crater on the surface of Mercury has been after this ace Greek poet and playwright. Playwrights
Greek Male
Sophocles Childhood and Life
Sophocles was the son of Sophilus, who was a rich member of the rural deme (small community) of Colonus Hippius. Sophocles was said to have been born in Attica. It is said that he was born few years before the Battle of Marathon in 490 BC, which is probably around 497/6 BC. Sophocles received his first artistic achievement in 468 BC, when he won first prize in the Dionysia theatre competition over the reigning master of Athenian drama, Aeschylus. According to Greek historian Plutarch, this victory was quite unusual. Unlike the usual custom of choosing judges by lot, the archon asked Cimon and the other strategoi present to decide the victor of the contest. According to him after being defeated, Aeschylus left for Sicily. “Triptolemus” was one amongst the plays that Sophocles presented at this festival. When Sophocles was sixteen, he was chosen to lead the paean, a choral chant to a God, celebrating the Greek victory over the Persians at the Battle of Salamis. He was one of the ten strategoi, high executive officials that commanded the armed forces and was the junior colleague of Pericles.
In the beginning of his career, Sophocles received patronage from the politician Cimon. Even when Cimon was ostracized by Pericles (Cimon's rival) in 461 BC, Sophocles received no harm. In 443/ 442 he became one of the Hellenotamiai, or treasurers of Athena, and had the role to assist managing the finances of the city during the political ascendancy of Pericles. Based on the accounts of the Vita Sophoclis, he served as a general in the Athenian campaign against Samos in 441 BC. It was believed that Sophocles received this post because of his writing of Antigone. In 420 BC, when Asclepius was introduced to Athens, he welcomed it and set up an altar for the image of deity at his house. In 413, Sophocles was elected one of the commissioners who reacted to the catastrophic destruction of the Athenian expeditionary force in Sicily during the Peloponnesian War.
Personal Life
Sophocles first married to Nicostrata, with whom he had a son named Iophon. In the later life, he had relationship with a woman of Sicyon. She bore him a son called Ariston. It was believed that he had three more sons, but there is not much information about them.
Death
In the winter of 406/ 405 BC, Sophocles died at the age of ninety or ninety one. Like the other famous men from the ancient history, his death also inspired many apocryphal stories. One of the stories states that he died from the strain of trying to recite a long sentence from his play, “Antigone” without pausing to take a breath. Whereas the other story suggests that he choked to death while eating grapes at the Anthesteria festival in Athens. The third story accounts that he died due to excessive happiness over winning his final victory at the City Dionysia.
Works
The earliest contribution of Sophocles to the drama was the introduction of the third actor which immensely reduced the role of the chorus and created better opportunities for character development and conflict between characters. Even his competitor Aeschylus, who dominated Athenian playwrights during Sophocles' early career, accepted the new idea and adopted it into his own work towards the end of his life. Aristotle gave Sophocles the credit of the introduction of skenographia, or scenery-painting. After the death of Aeschylus in 456 BC, Sophocles became the celebrated playwright in Athens. He emerged victorious in different dramatic competitions, 18 at Dionysia and 6 at Lenaea festivals. Apart from making innovations in the dramatic structure, he was also known for his deeper development of characters than the earlier playwrights. His widespread reputation helped him to get invitation from foreign rulers to attend their courts, but unlike other playwrights Aeschylus who died in Sicily, or Euripides who spent time in Macedon, he never accepted any of these invitations.
Sophocles works were influential and significant for the Greek culture. Two out of his seven plays can be estimated correctly to their exact dates, which namely are “Philoctetes” (409 BC) and “Oedipus at Colonus” (401 BC, staged after his death by his grandson). From the rest of his plays, “Electra” had striking similarities to these two plays which put forwards the fact that it was written in the later part of his literary career. Again based on the stylistic characteristics of “Oedipus the King” which came in his middle period, “Ajax”, “Antigone” and “The Trachiniae” belonged to his early days. Sophocles had also written three Theban plays namely, “Oedipus the King”, “Oedipus at Colonus” and “Antigone”. All these plays described the fate of Thebes during and after the reign of King Oedipus. These plays were sometimes even published under a single cover. Sophocles had written these plays in separate festival competitions with several years of difference between them. They cannot be called trilogy because of the presence of inconsistencies among them. Apart from these, Sophocles is supposed to have written few more Theban plays such as such as “The Progeny”, which survived in fragments. The majority of his plays depicted the undercurrent of early fatalism and the offset of Socratic logic being the keystone for the long tradition of Greek tragedy.
Recommended Lists:
You May Like

Quotes By Sophocles | Quote Of The Day | Top 100 Quotes 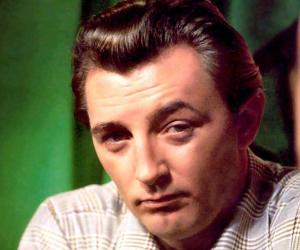