(Singer Known for Her Album 'Come On Over')

Shania Twain is a Canadian country pop singer best known for her album ‘The Woman in Me.’ She is one of the best-selling singers in Canada, second only to Celine Dion. Her album ‘Come on Over’ is the best-selling country album of all time. The ‘Grammy’ award-winning singer is also a world-class songwriter and has won multiple ‘BMI Songwriter’ awards. Known as ‘The Queen of Country Pop,’ Shania was exposed to music at an early age. She was writing and performing songs by the time she was ten and appeared on a television show as a teenager. She had a difficult childhood and found solace in music. Apart from providing her comfort, music also helped her earn money to contribute to her impoverished family. Her musical talent made her famous in her town and she was often invited to play at clubs and radio stations. She struggled for years to establish herself in the industry before signing a contract with ‘Mercury.’ Subsequently, she found success with her second album ‘The Woman in Me.’ The album went multi-platinum and announced the arrival of a new star to the world of country music. The Weeknd
DID WE MISS SOMEONE?
CLICK HERE AND TELL US
WE'LL MAKE SURE
THEY'RE HERE A.S.A.P
Quick Facts

Shania Twain was born Eilleen Regina Edwards on 28 August 1965, in Windsor, Ontario, Canada, to Sharon Morrison and Clarence Edwards. Her parents divorced when she was two years old. She then started living with her mother along with her two sisters.

Her mother later married Jerry Twain, who adopted Shania and her sisters. The family grew bigger with the birth of a brother and the adoption of another brother. Her stepfather was an abusive man who fought frequently with her mother.

She started singing and performing from an early age. Music was the only solace amidst the difficulties of her daily life. Her family was very poor and she earned money by singing at clubs.

She went to ‘Timmins High and Vocational School,’ and sang for a local band called ‘Longshot.’

She got an opportunity to perform on the ‘Tommy Hunter Show,’ aired on CBC television, when she was just 13.

After graduating from high school in 1983, she joined a band called ‘Flirt’ and toured all over Ontario with the band. She also started taking singing lessons from a coach.

She met country singer Mary Bailey who arranged her meeting with John Kim Bell. The latter was organizing a fundraiser in 1987 for the ‘National Aboriginal Achievement Foundation,’ where she got a chance to perform.

In 1987, her parents got killed in an automobile accident, leaving the 22-year-old Shania to take care of her younger siblings. 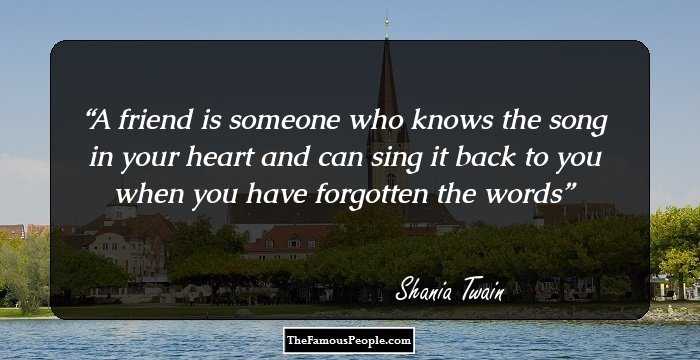 After her siblings grew up, she was finally able to focus on building her career. She recorded a demo tape and sent them to record executives. ‘Mercury Nashville Records’ recognized her potential and signed a contract with her.

Her self-titled debut album was released in 1993. The album received positive reviews. It consisted of two minor hits, ‘What made you say that’ and ‘Dance with the one that brought you.’

She released her second studio album ‘The Woman in Me’ in 1995. She had written and co-written most of the songs for this album. It became a best seller, peaking at No.1 in the ‘U.S. Billboard Top Country Albums.’

Her album ‘Come on Over’ was brought out in 1997. The album became a chartbuster and went on to become one of the biggest selling albums in Canadian music history. She also toured extensively to promote the album.

Three versions of her album ‘Up!’ were released in 2002. It included a pop version, country version, and international version. The album went diamond.

From September 2003 to July 2004, she was on a concert tour to promote her album ‘Up!’ She toured North America as well as Europe.

She released a compilation album titled ‘Greatest Hits’ in 2004. The album consisted of 17 hits from her previous albums and featured three new songs.

She starred in a reality show titled ‘Why Not? With Shania Twain’ which premiered on ‘Oprah Winfrey Network’ in 2011. The show highlights the singer’s journey from her poverty-stricken childhood to superstardom.

From 2012 to 2014, Twain had a residency concert called ‘Shania: Still the One,’ which was held at the ‘Caesars Palace’ in Las Vegas, Nevada. At the concert, it was announced that she was working on her new album. The following year, she went on a tour after 11 years.

In September 2017, her fifth studio album ‘Now’ was released. It was her first studio release for 15 years. The album debuted at number 1 on the ‘Billboard 200’ among many other charts. It was also certified platinum in Canada. She followed it up with ‘Now Tour.’

Her second residency concert ‘Let’s Go!’ started in December 2019 and continued till June 2020. 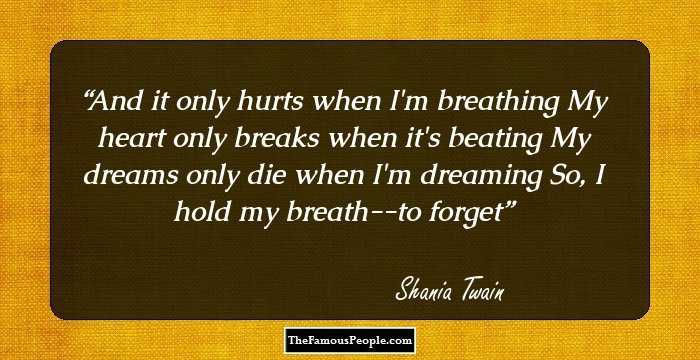 The album ‘The Woman in Me’ (1995) was her first big hit. It established her as a popular country singer. The album went multi-platinum within months of its release and was certified diamond after five years.

Her 1997 album ‘Come on Over’ is her greatest hit. The album was highly appreciated for breaking free of traditional stereotypes. It peaked at No.1 on the ‘U.S. Billboard Top Country Album’ chart. It became the best-selling country music album of all time.

She was presented with the ‘American Music Award’ (AMA) for ‘Favorite New Country Artist’ in 1996. She went on to win four more AMAs over the next few years.

She is the proud recipient of 39 ‘BMI Songwriter Awards.’

She has been honored with stars on the ‘Hollywood Walk of Fame’ and ‘Canada’s Walk of Fame.’ 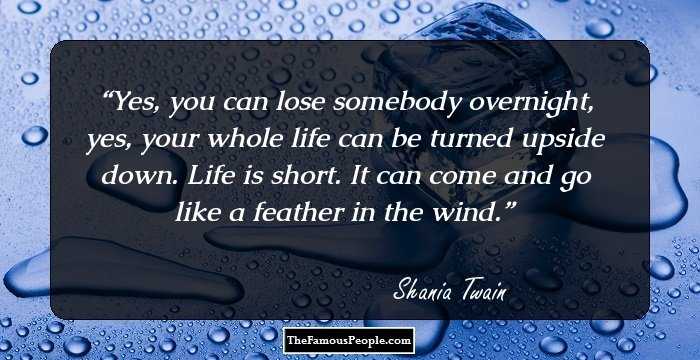 Twain married Robert Lange, a music producer she often worked with, in 1993. They have a son. She divorced him in 2010 after finding out that he had an affair with her best friend.

On January 1, 2011, she married Frederic Thiebaud, an executive at ‘Nestle.’

In March 2011, she published her autobiography ‘From This Moment On.’

She is the only female artist to have three consecutive diamond albums released in the US.

Frederic Thiebaud is the ex-husband of the woman Robert Lange was having an affair with.

She was voted ‘Sexiest Vegetarian Alive’ by PETA in 2001.

Quotes By Shania Twain | Quote Of The Day | Top 100 Quotes

See the events in life of Shania Twain in Chronological Order 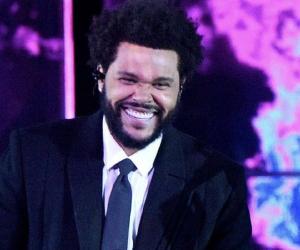