Rosalind Ross is a champion equestrian vaulter and screenwriter. She is the girlfriend of popular actor Mel Gibson with whom she has a son. Regarded as the most decorated American equestrian vaulter of all time, she is a superstar in the world of equestrian vaulting.Also a screenwriter by profession, Ross has contributed to a number of short films and TV shows. Although she is a successful athlete and already has a few writing credits to her name, the dark-haired, blue-eyed beauty is best recognized by the general public as the Hollywood veteran star Mel Gibson’s current girlfriend. Despite garnering 'negative publicity' over her relationship with the older actor, a grandfather of three, Ross still seems to be enjoying a happy life with him. Bold and straightforward, she is a very ambitious woman. She is fashionable and classy and can make anyone’s heart skip a beat owing to her gorgeous looks. 279
DID WE MISS SOMEONE?
CLICK HERE AND TELL US
WE'LL MAKE SURE
THEY'RE HERE A.S.A.P
Quick Facts

St Francis of A...
Career
In 2004, Rosalind Ross won the bronze medal at the World Vaulting Championships as a part of the USA’s Coast Line team. The following year, she became a part of the team Mount Eden Vaulting Club. Then in 2006, she became a member of the team FAME and brought home her first ever gold medal while competing at the Alltech FEI World Equestrian Games. Ross won the gold once again for FAME in the year 2008 and 2010 when she participated at the World Equestrian Games.
After this, she decided to switch her career to that of a screenwriter. Her first writing project in 2014 was for the Amazon Prime show ‘Matador’. That year, she also wrote a short film titled ‘Homeward’. In 2016, Ross starred in the short movie 'A Social Life'. She is currently working on an upcoming indie flick ‘Lioness’. Besides writing, the American beauty also works as a mentor for the youth at a charity called AMBITION.
You May Like

The Sexiest Men Of 2020, Ranked
Continue Reading Below
Relationship with Mel Gibson
Rosalind Ross first met Mel Gibson when she joined his production company Icon. Their relationship started soon after and the duo flew down to the actor’s house in Costa Rica before moving to Panama. Although the couple has garnered a number of negative statements from the media due to the vast age gap between them, the two have been going strong since 2014. The couple was also seen together at the 2016 Golden Globe Awards. They welcomed their first baby together in 2017.
Personal Life
Rosalind Ross was born on July 5, 1990 in California, USA. She attended Palo Alto High School and later studied at Emerson College. Currently, she lives with Mel Gibson, a renowned actor. He is the father of nine and grandfather of three children. He was earlier married to Robyn Denise Moore and also had a relationship with the Russian pianist Oksana Grigorieva at some point in his life.
You May Like 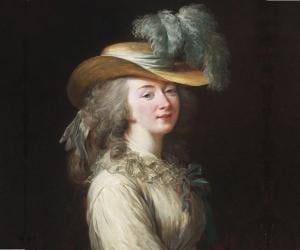