Karl Anders Cook is an American equestrian and the second and current husband of actress Kaley Cuoco. He is the son of billionaire businessman Scott Cook. A native Californian, Karl became interested in horse riding quite early in his life. He was gifted his first horse when he was eight years old. He was subsequently trained by renowned trainers Graeme and Lu Thomas of Willow Tree Farm for 12 years before becoming a professional horse rider. In the ensuing years, he has won several competitions, including four Grand Prix events. In late 2016, he began dating Cuoco, who is a horse rider herself. They got engaged in November 2017 and by the end of June 2018, they were married. The couple jointly owns a dwarf mini-horse named Shmooshy. 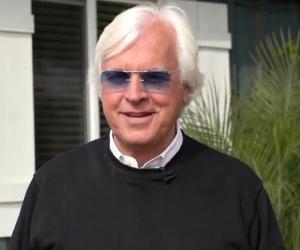 Haya bint Hussein
Equestrians #195
Sportspersons #33453
Continue Reading Below
DID WE MISS SOMEONE?
CLICK HERE AND TELL US
WE'LL MAKE SURE
THEY'RE HERE A.S.A.P
Quick Facts

American People
Tall Celebrities
Tall Male Celebrities
Male Sportspersons
American Equestrians
Early Life
Karl Cook was born on December 25, 1990, in California, the United States of America. His father is Scott Cook, a billionaire businessman and co-founder of Intuit, which is a business and financial software company. Furthermore, he is one of the directors of eBay and Procter & Gamble. His mother, Signe Ostby, is a businesswoman who is a co-founder of the Wisconsin School of Business Center for Brand and Product Management. She is the owner of a software start-up and marketing strategy consulting practice. Moreover, she was once employed by multinational corporations like Apple RadioShack. He has one brother, David Bryn Cook, and one sister, Annie Laurie Cook. Annie was once a professional horse rider as well.
His mother used to be a professional equestrian rider and had several horses. Having been raised around the animals, Karl has always harbored a deep enthusiasm for them. At the age of eight, he received his first horse. Soon after, he began training under Graeme and Lu Thomas of Willow Tree Farm, spending the next 12 years of his life with them. In 2008, he started off his career as an amateur rider.
You May Like

American Sportspersons
Capricorn Men
Continue Reading Below
Career
During his early years as an equestrian, Karl Cook did not have much success. In fact, in 2012, after he turned 21, he seriously started considering the option of leaving the sport. He participated in the USEF Olympic Selection Trials and performed below expectations. Karl eventually realized that he needed to start over.
Subsequently, he cut his professional ties with the coaches he had known since he was a child and teamed up with French retired athlete Eric Navet. He then relocated to Normandy, France during the summer of 2012 along with his horses. In the beginning, it was a challenge as he did not know French. He persevered and in the end, found success. In 2014, he registered four Grand Prix wins with horses Jonkheer Z and Basimodo.
Besides these, he won the FEI North American Junior Young Rider Championship in 2007 and 2008. In 2016, he finished first in the SmartPak Grand Prix, UltrOz Jumper, and Card Flex Grand Prix.
Aside from being a competitive rider, Karl has also expressed an interest in equine sports medicine research. The owner of a line of riding attire, he has said that he finds a competition more enjoyable when he wears non-traditional clothing.
Relationship with Kaley Cuoco
Karl Cook is currently married to ‘The Big Bang Theory’ actress Kaley Cuoco. In the past, Cuoco had dated co-star Johnny Galecki for two years. After that relationship ended, she was in a relationship with addiction specialist Josh Resnik; they got engaged in October 2011 but eventually ended the engagement in March 2012.
Cuoco married her first husband, professional tennis player Ryan Sweeting, on December 31, 2013, after being in a relationship with him for six months and being engaged to him for three months. They were married for nearly two years, before Cuoco made the news of their decision to divorce public on September 25, 2015. The divorce was finalized the following year.
Karl and Cuoco started their relationship sometime in late 2016. On November 30, 2017, on the occasion of Cuoco’s 32nd birthday, Karl proposed to her with a massive, pear-shaped diamond ring set on a pavé diamond band. She accepted and they were married on June 30, 2018, in a ceremony held in San Diego. Shortly after the wedding, Cuoco underwent shoulder surgery.
Trivia
Karl is an amateur photographer.
He is interested in a particular type of woodworking called “Lazy Turning.” 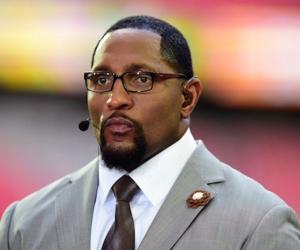