(Former Professional Basketball Player Who Played as a Shooting Guard)

Dwyane Wade is an American star basketball player who plays for the Chicago Bulls of NBA (National Basketball Association). He started his professional career playing for Miami Heat after getting drafted in 2003, and was named in the All*Rookie team in the very first season. From being one of the most well known basketball players in the world, Wade has been through a tough and long journey. Countless hours he had spent on the basketball court in college and school got him honours such as 2006 NBA MVP and NBA scoring title. In his third season playing for Miami Heat, he brought the underrated team to a much respectable position and the team got to their very first championship title since the start of the franchise. In the 2008 Summer Olympics held in Beijing, Wade represented his national team and played a major role in earning his team the gold medal. The spirit of Miami Heat team was always up whenever Wade was in form and he led his team to enter four consecutive finals in 2011, 2012, 2013 and 2014 in the NBA league. As Wade was a poor student, he was not able to get admission in prestigious universities, but strong willed Wade took whatever chances life threw at him with his hard work and dedication, and emerged as one of the brightest shining stars in NBA’s sky. Kevin Durant
DID WE MISS SOMEONE?
CLICK HERE AND TELL US
WE'LL MAKE SURE
THEY'RE HERE A.S.A.P
Quick Facts 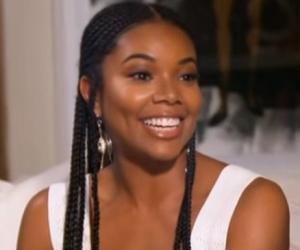 American People
American Men
Marquette University
Tall Celebrities
Tall Male Celebrities
Childhood & Early Life
Dwyane Wade was born Dwyane Tyrone Wade Jr. in Illinois, Chicago, on 17th January 1982. His parents were Jolinda and Dwyane Wade Sr. In several interviews, Wade has said that he led a very estranged childhood and his neighbourhood was more of a crime ghetto than a habitable place. His parents also broke up while Wade was a baby of 4 months. His grandmother and elder sister looked after him post the separation of his parents.
His father managed to have a decent income so he started living in suburbs, along with little Wade. Wade, 8 years of age at that time, missed his mother, but now he agrees that she wasn’t a good mother and was a drug addict. The environment around the place was quite violent and Wade’s determination to not enter that world stopped him from going on the same path as other kids in his neighbourhood. 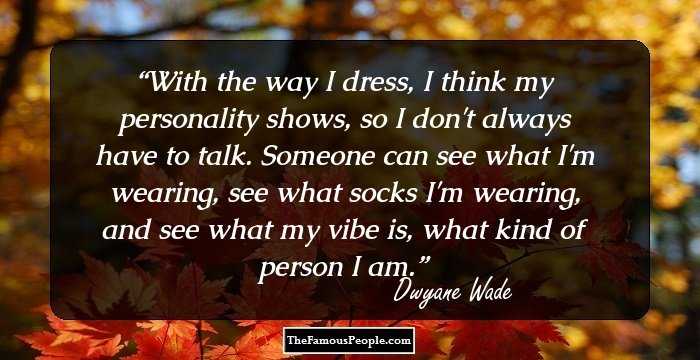 Quotes: Personality
Continue Reading Below
Career (College & Professional Basketball)
Football and Basketball became his escapade from the nasty world around him and as he attended Harold L. Richards High School, he became attracted to basketball and played for the school team as a wide receiver. He was the best defence for his team and also scored well in many of the matches, making him one of the star players of the team.
Wade started living with his then girlfriend’s family, and during that hard time too, Wade’s focus remained on his game. Being bad in academics, he found it hard to get admission in prestigious universities and eventually found Marquette University to be the place to sow the seeds of his stardom, which would arrive shortly after.
Attending the University of Marquette, Wade started as a broadcast manager and played three seasons for his team, the Golden Eagles. His low ACT scores halted him from playing for the most part during his first year at college in 2000 but even then, he wasn’t away from the game and advised his team on scoring and defences. When he realized his errors in ignoring academics, he worked further hard in studies and scored good marks in class, making his way to play for his team in the second year.
In the second season playing for his team, Wade showed his worth and averaged 17.8 points per game. Along with setting up the sophomore record for most points in an year by scoring 571 points that year, in the 9 games alone, he scored more than 20 points. He immediately became the best player for his team. He helped his team win the Conference USA and in the NCAA tournament, he led his team to the final four, for the first time in more than 20 years.
Wade bid his farewell to Marquette as NBA draft awaited him and Miami Heat got him in the first round itself as the fifth pick. In his first year as a rookie in 2003-2004 season, Wade scored an average of 16.2 points per game in the total 61 games that he played. It was a magnificent feat coming from a rookie player and Heat set their hopes high on this youngster. By the end of the season, Wade was named one of the members of the NBA All-Rookie first team.
Miami Heat was considered a weak team before Wade joined them. He was the first player from the team to receive NBA honours and in February 2004, he was named Eastern Conference Player of the Month, also the first for any Heat player in the history of the team. As the season ended, Wade had already made a very strong impression on the national team selectors and he was named one of the players for the national team and got the bronze medal in 2004 Olympics for his team.
In the next season, Wade’s performance bettered and he scored 24.1 points per game on average. Wade scored 1854 points for Miami Heat by the time the year ended and became the first Heat player ever to do so. In the next season, Wade went even further and averaged 27.2 points per game. Wade led his team to the 2006 NBA victory and continued the marvellous performance in the next few seasons.
Despite an injury, he played for the national team in the 2008 Olympic Games and in the same year, Wade was selected for the fifth consecutive year at All-Star Game. Wade scored his 10,000th career point against Chicago Bulls in the 2009-2010 season and the knee issue kept troubling him until the 2012-2013 season, when he got the surgery done. In the playoffs that season, Wade scored the lowest in his career at 15.9 points per game.
His time with Miami Heat was turning bitter, as he struggled with hamstring and other health issues so he decided to go with Chicago Bulls in a two year contract and made the first appearance playing for the Bulls in the 2016-17 season. His performance was average during the first season. He suffered an elbow injury in March 2017, but later made a comeback in April. 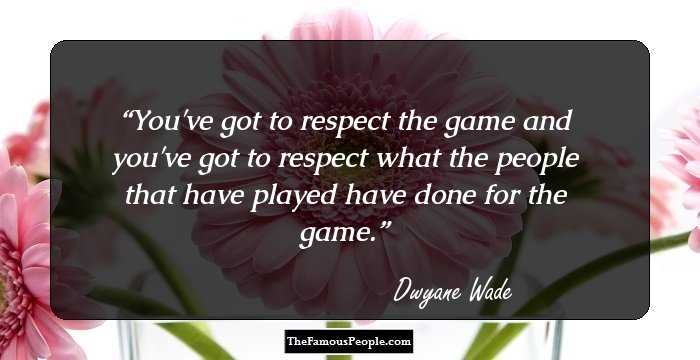 Personal Life
Dwyane Wade started dating Siohvaughn Funches in high school and the couple got married in 2002. However, the marriage didn’t last long and a divorce was filed in 2007, and the official announcement of divorce took place in 2010. Wade got the custody of his two sons, Zaire and Zion, and he also raises a nephew, Dahveon.
Dwyane dated actress Gabrielle Union in 2009 and the couple got married in 2014. In between that, Wade got a son, Xavier, from another girl he dated. Wade is also involved in philanthropy work and founded ‘The Wade’s World Foundation’ in 2003.

Quotes By Dwyane Wade | Quote Of The Day | Top 100 Quotes

See the events in life of Dwyane Wade in Chronological Order