Timothy Bradley, nicknamed as Desert Storm, is the current WBO Welterweight champion and a former WBC Junior Welterweight champ. This American boxing champion needs no introduction, at least to those who follow this sport religiously. With a number of titles and medals in his kitty, this energy-packed and ambitious boxer rose to fame right from childhood. A dream that he had visualized too early did not take time to be fulfilled, for he was born a natural sportsperson and found support from his family. Despite winning and losing fights in the early days, this determined and single-minded celebrity did not slow and went on to claim the championship title at a very young age. Having won many medals and championship titles, his name grew popular not just in the United States, but across the Atlantic and gradually in the world of boxing across the globe. He is capable of attacking his opponents with his extremely fast and power-packed punches, thereby easily adjusting to any kind of boxing style. Such are his abilities that he is compared to the likes of the legendary boxing champion, Mike Tyson. Ryan Garcia
DID WE MISS SOMEONE?
CLICK HERE AND TELL US
WE'LL MAKE SURE
THEY'RE HERE A.S.A.P
Quick Facts

American People
Black Boxers
Black Sportspersons
American Men
Virgo Boxers
Childhood & Early Life
Born as Timothy Ray ‘Tim’ Bradley Jr. on August 29, 1983, in Palm Springs, California, to Timothy and Kathleen Bradley, this boxing professional had set his eyes on the boxing ring since childhood.
He spent his growing years in Cathedral City and completed his schooling from Cathedral City High School.
A born athlete, he was encouraged to join football; however, he chose to chase his passionate dream of becoming a boxing champion, from the age of 10.
His boxing training started in his teenage years, though he worked as a dishwasher and waiter in a local hotel initially before he took up boxing as a fulltime profession.
Continue Reading Below
Career
He started his boxing career at ten years, compiling an unbelievable 140 bouts to his growing list. He has defeated various unbeatable boxers, like Devon Alexander, Luis Carlos Abregu, Lamont Peterson and Eli Addison.
Apart from becoming a popular face in the United States, he showcased his talent in France, Germany and Tahiti as well, and went on to conquer the titles of Under-19 National Tournament Champion and Junior Golden Gloves Champion.
By the time he was prepared to plunge into full-time boxing, he was the third best boxer in America and had claimed the National Championship twice.
In August 2004, Bradley began his professional career by defeating Francisco Martinez in a Technical Knockout (TKO) in the second round, at Omega Products International in Corona, California.
His first title belt came through in September 2005, where he clinched the vacant WBC (World Boxing Council) Youth World Welterweight Title, by beating Francisco Rincon from Mexico.
Major Matches
In October 2008, he fought for the full world title after Jose Luis Castillo failed to enter the WBC super lightweight championship. He fought and defeated British boxer and local favorite, Junior Witter to win the WBC Junior Welterweight title.
In April 2009, he played a major fight that unified the WBC and WBO (World Boxing Organization) titles, by defeating Kendall Holt of United States to defend his WBC title and Holt’s WBO title and becoming the new WBO champion.
His fight against the light welterweight title holder, WBC champ Devon Alexander, in January 2011, at Silverdome Arena, Pontiac, was one of his most prominent victories, where he retained his WBO junior welterweight title.
His controversial victory against the Filipino boxer Manny Pacquiao, multiple-title holder in eight different weight categories, in June 2012, and the WBO Welterweight title created wide speculations among media, critics and fans alike.
Continue Reading Below
He successfully defended his WBO Welterweight title in March 2013, when he fought Ruslan Provodnikov in an exciting and fast-paced match.
In October 2013, he defeated the Junior Lightweight and WBO Junior Welterweight Champion Juan Manuel Marquez at Thomas & Mack Center, Las Vegas, and announced his win as an entry to the Boxing Hall of Fame.
He lost his welterweight title to Manny Pacquiao in April 2014. He injured his calf and has, since then, been recovering.
Awards & Achievements
Bradley has successfully defended the WBO Welterweight World Championship title on two occasions.
He successfully defended the WBO Junior Welterweight World Championship title four times.
He has twice being successful in defending his WBC Super Lightweight World Champion title.
In 2001, Bradley showed outstanding performance at the National Police Athletic League (PAL) Championships and won gold.
He won gold at the 2001 United States Under-19 National Tournament Championships.
In 2005, WBC President Jose Sulaiman honored him with the WBC World Championship Medal, at the closing ceremony of the 2005 Convention in La Linea De La Concepcio, Spain.
Personal Life & Legacy
On May 15, 2010, he got married to his childhood buddy, Monica Manzo, thereby becoming the adoptive father to Monica’s son and daughter from her previous marriage. The couple had a daughter in July 2011.
He is popularly known as “Desert Storm”, a name chosen by himself, which he heard in the background of the rapper ‘Fabolous’. Besides, he finds it amazing to invite his opponents and fans to fight him each time he enters the boxing ring.
He is currently being trained by Joel Diaz, an ex-fighter himself, while his father is his conditioning guide and coach.
Trivia
Joel Diaz, Bradley’s trainer, is the brother of former World Champion, Antonio Diaz, and present boxing champion, Julio Diaz.
He was almost selected in the US National Team for 2004 Olympics held in Athens, Greece, under the 147-pound category, but lost to Vanes Martirosyan in the 152-pound division.
The renowned mixed martial artist and Ultimate Fighting Championship (UFC) contender Cub Swanson was his classmate.
He follows a strict vegan diet that he started while preparing for his match with Junior Witter. He has, till date, maintained the diet which, he believes, keeps him balanced and energized.
He was stripped of his light welterweight title upon his refusal to face Amir Khan, the then-WBA light welterweight champ, citing risk of losing the fight and losing the chances of facing Manny Pacquiao for $7.5 million.

See the events in life of Timothy Bradley in Chronological Order 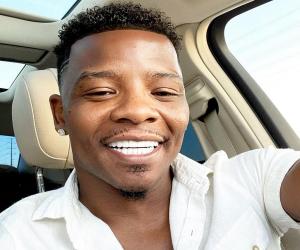