(Member of the U.S. House of Representatives from Texas)

Ronald Ernest “Ron” Paul is a physician turned politician who served in the U.S. House of Representatives for Texas multiple times. His political ideologies are a combination of Libertarian and Republican views and he is an outspoken critic of the federal government’s fiscal policies, especially the Federal Reserve and the War on Drugs. A physician by profession, he worked as an obstetrician-gynecologist and helped to deliver more than 4,000 babies. He served as a flight surgeon in the U.S. Air Force and later with the U.S. Air National Guard. The son of a dairy farmer, he earned a Doctor of Medicine degree from Duke University's School of Medicine and specialized in obstetrics and gynecology. He was also deeply interested in economics. Acquainted with the economists Hans Sennholz and Murray Rothbard, the doctor also developed his own economic theories. He entered politics and served in the U.S. House of Representatives for Texas’s 14th and 22nd congressional districts. He was made the first chairman of the conservative PAC Citizens for a Sound Economy and hailed as the “intellectual godfather” of the Tea Party Movement. He is a prolific writer and has authored several works on political and economic theory. American People
Political Leaders
American Men
Duke University
Leo Leaders
Childhood & Early Life
He was born as one of the five sons of Howard Caspar Paul and his wife Margaret. His father owned a dairy company and young Ron helped him in running it.
He was an athletic youngster who attended Dormont High School. He graduated from Gettysburg College in 1957 with a B.S. degree in Biology.
He went to Duke University’s School of Medicine and earned a Doctor of Medicine in 1961. He completed his medical internship at the Henry Ford Hospital. He specialized in obstetrics and gynecology. 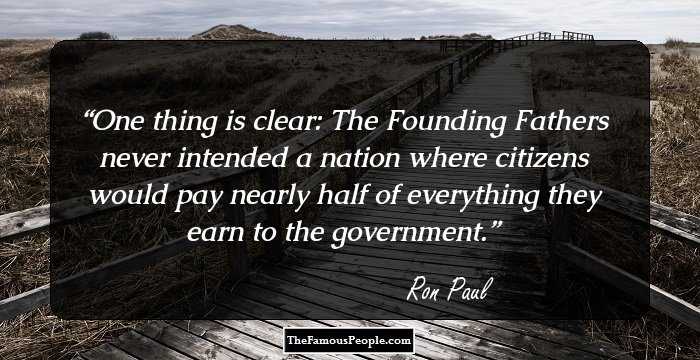 Quotes: Never
Continue Reading Below
Career
From 1963 to 1965 he served as a flight surgeon in the United States Air Force, and from 1965 to 1968 in the United States Air National Guard. After his army stint he set up a private practice in obstetrics and gynecology in Texas.
He became acquainted with the economists Hans Sennholz and Murray Rothbard who kindled in him a deep interest in economics; he would later on write books on economic theories.
He decided to enter politics in 1971 after the then President Richard Nixon ended American participation in the Bretton Woods System. He became a Republican candidate for the United States Congress.
In 1976, he won a special election to get a seat in the United States House of Representatives, 22nd district. He served three different stints in the Congress: from 1976 to 1977, from 1979 to 1985 and from 1997 to 2003.
He started writing seriously during the early 1980s. His book ‘Gold, Peace and Prosperity: The Birth of a New Currency’ was published in 1981 and was followed by ‘The Case for Gold: A Minority Report of the U.S. Gold Commission’ the very next year.
He served on the House Banking Committee. He was a vocal critic of the Federal Reserve for inflation and blamed it for the savings and loan crisis.
He founded the Foundation for Rational Economics and Education (FREE), a non-profit organization dedicated to promoting free-market economics during his first term.
He was made the chairman of the Citizens for a Sound Economy (CSE) in 1984. It had been founded by David H. Koch and Charles G. Koch to campaign for lower taxes and lesser regulations.
In collaboration with Lew Rockwell he founded a business enterprise, Ron Paul & Associates, Inc. in 1984. The company produced political and investment-oriented newsletters including ‘Dr. Ron Paul's Freedom Report’, ‘The Ron Paul Survival Report’, ‘The Ron Paul Investment Letter’, and the ‘Ron Paul Political Report’.
He resigned from the Republican Party in 1987 but was re-elected to the Congress in 1996. He defeated Loy Sneary, a Democrat in 1998 and 2000.
In the 2008 Republican primary elections he defeated Chris Peden by securing over 70% of the vote and ran unopposed in the general election. His success continued and he won the Republican Primary in 2010 with 80% of the vote. He retired from the Congress in 2013.
He is inclined towards the Austrian School of economics and has authored several books on the subject. He strongly endorses free trade and supports constitutional rights for all. Even after retirement he keeps busy by lecturing and writing on economic and political issues. 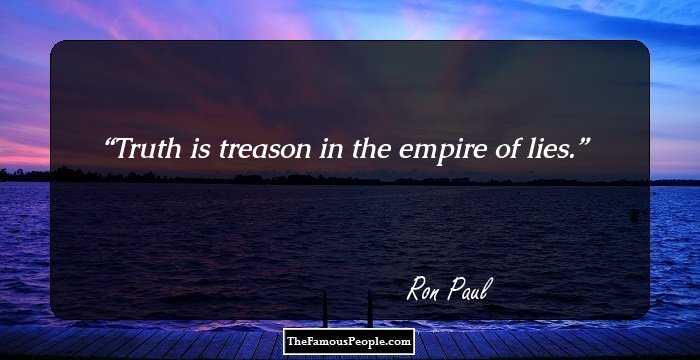 Major Works
A former politician who served as a member of the U.S. House of Representatives, he relentlessly worked for sound monetary policies, tax reforms and free markets. He was a skilled physician who helped to deliver over 4,000 babies and had also served in the U.S. Air Force.
Awards & Achievements
He was presented with the distinguished Lifetime Achievement Award by the Charity Awards Committee in 2010 for his work in promoting the rights of private sector charities. 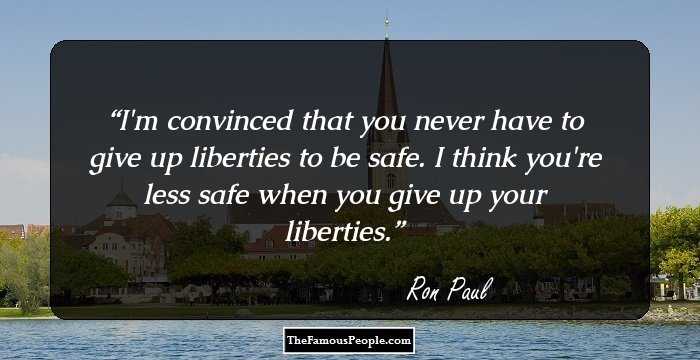 Quotes: You, Think, Never, I
Personal Life & Legacy
He met Carol Wells while in high school and married her in 1957. They have been happily married ever since and have five children. Today the couple has several grandchildren.

See the events in life of Ron Paul in Chronological Order