(Only Woman in U.S. History to Serve as Speaker of the House)
Advanced Search

Nancy Pelosi is an influential American politician and the first woman to serve as the Speaker of the US House of Representatives. She was born in the 1940s into a politically active Italian-American family. Born and brought up in the Little Italian region of Baltimore, she was naturally inclined towards politics early in her life, learning the ropes from her father Thomas D'Alesandro Jr. He was an important Democrat leader from the city. However, she did not directly participate in politics in Baltimore. It was when she moved to San Francisco with her husband and children that she became a volunteer organizer for the Democratic Party, very soon earning a reputation as an effective fundraiser. Over the time, she rose through the ranks to become the Chairperson of California Democratic Party, also serving on the Democratic National Committee, before she was elected to the House of Representatives at the age of 47. She continues to hold her seat until now. In course of her tenure, she first became the House Minority Whip, then the House Minority Leader and finally, the Speaker of the House - all the while voting for issues like gun control and abortion rights. As the Speaker, she worked with Obama to pass the Health Care bill. Currently, she is serving as the House Minority Leader. awards: Knight Grand Cross of the Order of Merit of the Italian Republic
National Women's Hall of Fame

American People
Aries Leaders
Women Leaders
American Leaders
American Women Leaders
Childhood & Early Years
Nancy Pelosi was born as Nancy D'Alesandro on March 26, 1940, in Baltimore, Maryland. Her father Thomas Ludwig John D'Alesandro Jr was a second-generation immigrant from South Italy. Born in Baltimore, he was the U.S. Representative from Maryland from 1939 to 1947, and then Mayor of Baltimore until 1959.
Her mother Annunciata M. "Nancy" D'Alesandro née Lombardi was a first-generation immigrant from Campobasso, South Italy. A student of law, she dropped out of the law school to marry Thomas Ludwig John D'Alesandro Jr. She later became a leader at the local Democratic Women's Club.
Nancy was born youngest of her parents’ six children. She has five older brothers named, Thomas D'Alesandro III, Franklin D. Roosevelt D'Alesandro, Hector D'Alesandro, Nicholas D'Alesandro and Joseph D'Alesandro. Thomas D'Alesandro III served as Baltimore’s mayor from 1967 to 1971.
Nancy was raised on Albemarle Street in Little Italy, a largely Roman Catholic working-class neighborhood in Baltimore, which was loyal to the Democratic Party. Growing up there had a great impact on her, shaping the future course of her life.
In those days, it was considered an honor for the family to have a daughter or a son enter the church and her mother wanted her to be the one. However, Nancy was not interested in becoming a nun, preferring priesthood because she had noticed that priests had the real power.
In 1947, when she was seven years old, her father was elected the Mayor of Baltimore, serving three consecutive terms. She soon became known as the ‘Mayor’s daughter’ and often took part in campaigns, learning the nitty-gritty of politics from him. At 12, she attended her first Democratic National Convention.
Born to Democratic parents, she was once offered a toy elephant from a Republican poll worker. Although she was still very young, she refused to take it. Later, she was put in charge of the book, in which her father kept records of favors he had done or owed
For her formal education, Nancy was sent to the Institute of Notre Dame, a private Catholic all-girls high school in Baltimore, from where she graduated in 1958. Thereafter, she moved to Washington DC, enrolling in the all-women Trinity College, run by the Sisters of Notre Dame de Namur.
Washington DC was entirely a new world for Nancy. In an interview with J. D. Heyman, she later compared the move to “going to Australia with a backpack.” Nonetheless, she soon found her way. In 1960, she attended President John F. Kennedy’s inaugural ball and was pictured with him.
In 1962, she graduated from Trinity College, earning her B.A. degree in political science. For a short while, she served as congressional intern for Senator Daniel Brewster from Maryland. Concurrently, she also toyed with the idea of studying law.
Nancy never studied law; instead, she got married to Paul Pelosi in September 1963 and by 1970, she was the mother five boisterous children. Therefore, she put her political ambition on the back-burner, devoting all her time and energy to raising children. 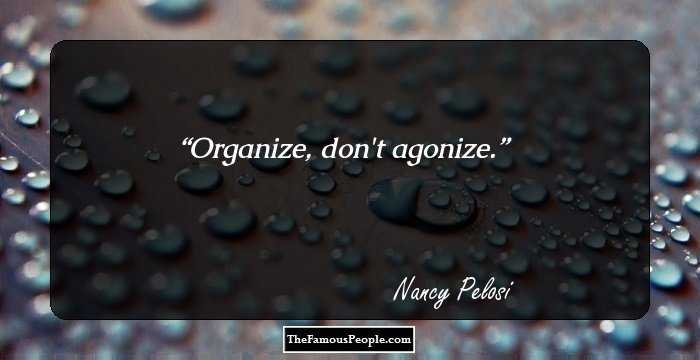 The Best Black Actresses Of All Time
In San Francisco
In 1969, the Pelosi family moved to San Francisco, where Nancy Pelosi continued to concentrate on raising her children. Concurrently, she also became active in politics, hosting parties at home and volunteering for the Democratic Party during election campaigns. She also became friendly with important leaders like Philip Burton.
In 1976, as California’s popular governor Jerry Brown stood for Presidential election, Pelosi began to work for him and organized a successful “Brown for President” campaign in her home state, Maryland. It helped Brown win an unexpected victory there.
Although Jerry Brown eventually lost to Jimmy Carter, the campaign enhanced Pelosi’s reputation as a successful organizer and an effective fund raiser. In 1976, she was elected to the Democratic National Committee, where she represented California until 1996.
On January 30, 1977, she was appointed the Chairwoman for the Northern section of the Democratic Party of California, serving successfully in that position for four years. Thereafter in 1981, she was elected Chairwoman for the entire Democratic Party of California, serving in that capacity till 1983. 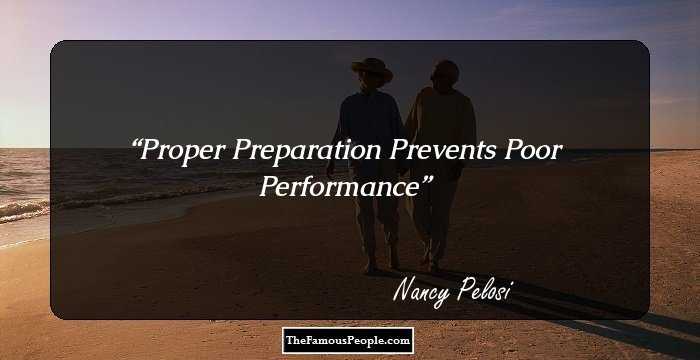 See the events in life of Nancy Pelosi in Chronological Order