A neo-Romanticist, Robert Louis Stevenson was a prominent Scottish author and poet, who contributed immensely to English literature in his lifetime. Many modernist writers canned his ideas and works and it is only lately that critics have started to gauge his popularity and have allowed him an ineffaceable place in the world of western literature. Today, he is one of the ‘26 most translated authors in the world’ and has served as an inspiration for writers like Ernest Hemingway, Arthur Conan Doyle, Jack London, Rudyard Kipling and Jorge Luis Borges. Some of his most notable works include ‘Treasure Island’, ‘Strange Case of Dr Jekyll and Mr. Hyde’ and ‘A Child’s Garden of Verses’. When one reads the factual works of Robert Louis Stevenson, apart from his fictional novels and short stories, a more comprehensive depiction of the writer arises than that of the quixotic drifter, which people most often associated him with. He was not just a novelist, but a literary wizard tangled in the productions of his craft, its locale and its depth. An astute spectator of humanity, his work discloses his sagacious mind and always successfully manages to build a rapport with the reader through elegiac flair and expression. Robert Burns
DID WE MISS SOMEONE?
CLICK HERE AND TELL US
WE'LL MAKE SURE
THEY'RE HERE A.S.A.P
Quick Facts

Scottish People
Novelists
Scottish Men
University Of Edinburgh
Male Poets
Childhood & Early Life
Robert Lewis Balfour Stevenson was born on November 13, 1850 to Thomas Stevenson and Margaret Isabella Balfour in Edinburgh, Scotland. He was the only child of the couple.
From a very young age, he suffered from severe bouts of flu, due to a weak chest - a genetic problem. Thus, for most part of his early life, he remained sick and learnt to read and write very late.
Despite the early health setbacks, he was often read to which eventually led him to develop a passion for literature from very early on. He started to pen his own stories from a young age, a quality his father was very proud of.
In 1861, he was educated at the all-boys school, Edinburgh Academy, where he stayed for about fifteen months. Thereafter, he spent a term at a boarding school in Middlesex.
In 1867, he enrolled at the University of Edinburgh to study engineering. He was not enthusiastic about studying and expressed his interest to ‘pursue a life of letters’. However, his family was adamant that he should study law and be called to the ‘Scottish bar’.
As a young adult, Stevenson’s religious upbringing began to change drastically. He suddenly became more avant-garde in his ways and renounced Christianity, calling himself an atheist. He also visited bars and brothels and decided to keep himself engaged with the London literati. 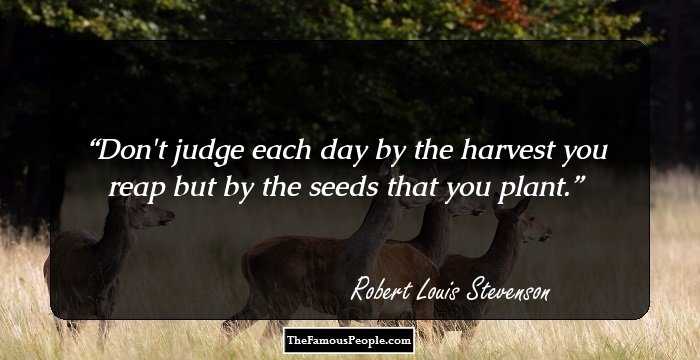 Quotes: You
Continue Reading Below
Career
After a period of poor health and eventual recuperation, he passed the Scottish bar in 1875, but never practiced law. Three years later, he penned his first book, ‘An Inland Voyage’.
During this time he wrote some of his best-known works, despite his ill health. In 1883, he wrote one of his greatest novels, ‘Treasure Island’, which was a coming-of-age book and was widely popular with the youth.
In 1885, a collection of poetry titled, ‘A Child’s Garden of Verses’ was published and first appeared under the title, ‘Penny Whistles’, but was later changed. This is regarded as one of his major works.
In 1886, he authored ‘Kidnapped’ and ‘Strange Case of Dr Jekyll and Mr. Hyde’, both of which became extremely popular in their respective rights. Two years later, a historical adventure/romance novel ‘The Black Arrow: A Tale of the Two Roses’ was published.
After he moved to New York in 1887, he penned some of his best essays including ‘Pelvis et Umbra’. The ensuing year, he set sail on the yacht, ‘Casco’, journeying the Pacific, where according to him, his sense of adventure was ‘restored’.
During his journey, he authored ‘The Master of Ballantrae: A Winter’s Tale’ in 1889 and two years later, ‘The Bottle Imp’ in 1891, which was a short story. He also composed two ballads around this period.
In 1892, his travels at sea and island-adventures inspired him to write a number of short-stories and novels. One particular novel, ‘The Wrecker’ was written in collaboration with Stevenson’s stepson, Lloyd Osbourne.
Towards the end of his life, he became involved in local politics and published a well-known, non-fiction work, ‘A Footnote to History: Eight Years of Trouble in Samoa’.
In addition to being involved in local politics, he also wrote, ‘The Ebb-Tide’, ‘Vailima Letters’ and ‘The Beach of Falesa’. In 1896, he began working on the ‘Weir of Hermiston’ which is considered as one of his final masterpieces. However, it was an unfinished work because of Stevenson’s sudden death.
Continue Reading Below 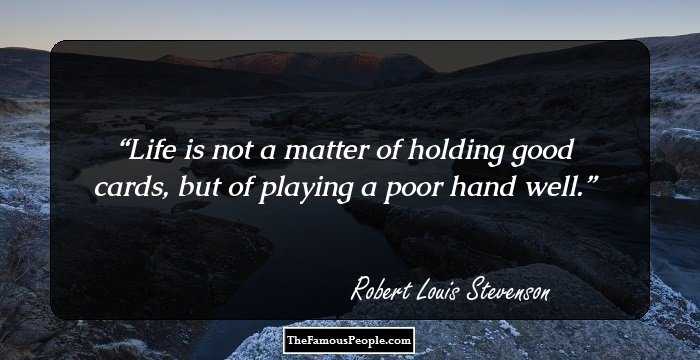 Quotes: Life
Major Works
‘Treasure Island’ is considered one of Steven’s grandest works. First published on May 23, 1883, it was originally printed in different episodes in a magazine called ‘Young Folks’. There have been a number of essays and sequels to the original including ‘Porto Bello’ and ‘Back to Treasure Island’. The book became so famous that it was adapted for television and films 50 times and for the theater and radio over 24 times. It has also been mentioned in songs like ‘Always Know Where You Are’ for Disney’s, ‘Treasure Planet’ and has also been made into video games.
In January 1886, Stevenson published ‘Strange Case of Dr Jekyll and Mr. Hyde’, which attracted the praise of a number of his contemporaries. It became an immediate success upon its release and by 1901; it sold an estimated 250,000 copies. The novel has been adapted into 123 film versions and a number of stage and radio versions.
Personal Life & Legacy
He fell in love with Fanny Van de Grift Osbourne in 1876, at a time when she was already married, with three children. However, the marriage fell apart due to Fanny’s husband’s infidelities.
He met her once again in 1877 and love blossomed. After a brief separation and when Stevenson was ill, Fanny nursed him back to health and the two were married in 1880.
He suffered from ill health through most part of his life and passed away due to cerebral hemorrhage.
After his death, a bronze memorial was made in his memory at St. Giles’ Cathedral in Edinburgh and another one is erected at Street Castles, underneath Edinburgh Castle.
‘Stevenson School’ was established in 1952 in Pebble Beach, California.
A room containing some of his personal artifacts can be found in at ‘The Writers’ Museum’. On the 100th Anniversary of his passing, the RBS issued currency notes, which contained his signature and his face on the opposite side. Around two million notes were issued. 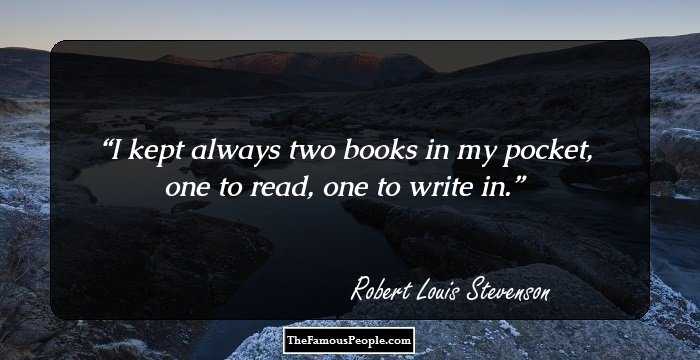 Quotes: Books, I
Trivia
This famous novelist and poet was condemned by many a great literary figures and his name and works were struck off the list of literature in schools. His segregation reached such a point when his name was not at all mentioned in the ‘Oxford Anthology of English Literature’. 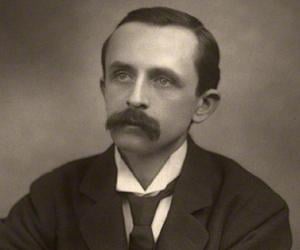