Edith Wharton was a Pulitzer Prize-winning American writer who was also nominated for the Nobel Prize in Literature in 1927, 1928 and 1930. She was best known for her stories and novels about the upper-class society into which she was born, and thus well-acquainted with. She was born into a wealthy family in New York City during the Civil War. As a young girl, she travelled extensively with her parents, visiting countries like France, Italy, Germany, and Spain. She was educated by tutors and governesses while the family travelled and the young girl displayed a great thirst for knowledge. She read different types of books from her father’s library though her mother forbade her from reading novels until she was married. Edith began writing poetry and fiction as a young girl though she did not pursue this passion seriously until after several years of married life. Married to a rich banker in 1885, she became friends with the likes of Egerton Winthrop, Henry James, and Walter Berry who encouraged her interest in writing. She published her first book in 1899 and it did not take her long to establish herself as a distinguished writer of short stories and novels. She received several honors for her writing including the 1921 Pulitzer Prize for literature.
Continue Reading Below awards: 1921 - Pulitzer Prize for Fiction - The Age of Innocence . 1924 - American Academy of Arts and Letters Gold Medal for Fiction

American Celebrities
Short Story Writers
American Women
Women Writers
Aquarius Writers
Childhood & Early Life
Edith Wharton was born Edith Newbold Jones to George Frederic Jones and Lucretia Stevens Rhinelander on January 24, 1862, in New York during the Civil War. She had two older brothers. Her mother was a cold and uncaring woman and Edith had a troubled relationship with her.
Her family travelled frequently, and she made her first journey to Europe at the age of four in 1866. Over the next six years, the family visited France, Italy, Germany, and Spain, and as a result of her travels, she became fluent in French, German, and Italian.
She received her primary education from tutors and governesses, and displayed an unquenchable thirst for knowledge. Unsatisfied with the education she received, she started reading books from her father’s library on her own.
She began writing short stories when she was six but never received any encouragement from her mother. So she decided to just write poetry. She would struggle for several years as a writer before finally receiving the acclaim she deserved. 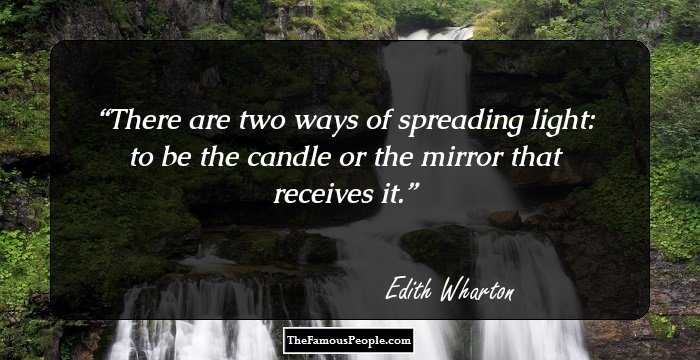 Who Is The Most Popular BTS Member?
Later Years
In 1885, she married Edward Wharton, a wealthy banker. She started writing earnestly only after marriage and submitted three poems for publication in 1889 of which one was selected.
Her struggles as a writer continued though she never gave up. During this time she became friends with people like Henry James, Egerton Winthrop, Walter Berry, William Brownell and Edward Burlingame who recognized her skills and encouraged her to write.
Edith Wharton finally found her first big success in 1905 with the publication of the novel ‘The House of Mirth’. The story of a well-born but poor woman of the high society of New York City appealed to the readers and became a bestseller.
She wrote many other novels in rapid succession and found even greater success with ‘Ethan Frome’, a novel published in 1911. Set in the fictitious town of Starkfield, Massachusetts, it told the tragic tale of an unhappily married farmer who falls in love with another woman. Elmer Davis once called the book "the last great American love story".
She was living in Paris when the World War I broke out. She opened a workroom for unemployed women and started a sewing business which thrived over time. When Germans invaded Belgium and the Belgian refugees flooded Paris, she helped to set up the American Hostels for Refugees.
Throughout the war, she remained actively involved in the charitable efforts for refugees, the injured, the unemployed, and the displaced. She collected more than $100,000 on behalf of the refugees and organized the Children of Flanders Rescue Committee, which gave shelter to nearly 900 Belgian refugees.
She also continued writing throughout the war, publishing novels, short stories, and poems, as well as reporting for the ‘New York Times’. The most important of her works in the war period were the romantic novel ‘Summer’, the war novella, ‘The Marne’, and ‘A Son at the Front’.
In 1920, she published her most famous novel, ‘The Age of Innocence’. The novel explores the theme of moral values prevalent in the 1870s New York society. It became her best known work and earned her much acclaim. 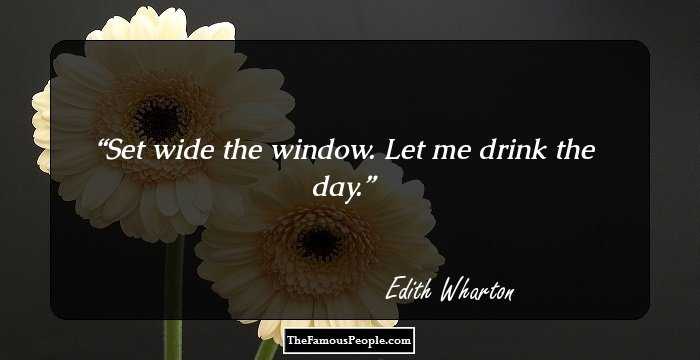 Quotes: Me
Continue Reading Below
Major Works
Her novel ‘Ethan Frome’, that tells the tale of an unhappy man who is trapped between the moral duties towards his wife and the passionate love he feels for another woman, is one of her best known novels. The novel was adapted into a film, ‘Ethan Frome’, in 1993.
Her Pulitzer Prize winning novel ‘The Age of Innocence’ is set in upper-class New York City in the 1870s, during the so-called Gilded Age. It revolves around a young, popular, and successful lawyer who is trapped in a loveless marriage and is in love with another woman who he can never possess.
Awards & Achievements
The President of France appointed Edith Wharton Chevalier of the Legion of Honour, the country's highest award, in April 1916 in recognition of her dedication to the war effort.
In 1921, she became the first woman recipient of the Pulitzer Prize for literature for the novel, ‘The Age of Innocence’. 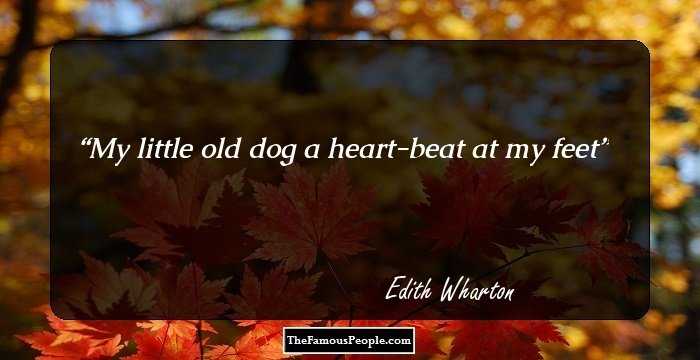 Personal Life & Legacy
Edith Wharton married Edward (Teddy) Robbins Wharton, who was 12 years her senior, in 1885. He was a well-established banker and a sportsman. The initial years of their marriage were happy and the couple travelled together a lot. Her husband then started suffering from acute depression which took a toll on their married life.
She began an affair with Morton Fullerton, a journalist, in 1908.
She divorced Edward after 28 years of marriage in 1913.
Edith Wharton later died of a stroke on August 11, 1937, and is buried next to her long-time friend, Walter Berry, in the American Cemetery in Versailles, France.
You May Like

Quotes By Edith Wharton | Quote Of The Day | Top 100 Quotes

See the events in life of Edith Wharton in Chronological Order