(Former President of the Dominican Republic)

Advanced Search
Rafael Leonidas Trujillo Molina was a Dominican politician, soldier, and totalitarian ruler. His nickname was “El Jefe,” meaning “the chief” or “the boss” in Spanish. He held power in the Dominican Republic from February 1930 to May 1961, till he was assassinated. He became the president in 1930 and again in 1942, but even when he was not on the seat, he exercised supreme authority over the state. The Trujillo Era is considered one of the darkest times in Dominican history, with rampant bloodshed and brutality and no consideration of fundamental human rights. His government was behind the mass murder of nearly 30,000 Haitians in the Parsley Massacre. He was involved in various assignation attempts, and his notoriety soon crossed borders. He was involved in the unsuccessful assassination of Venezuelan president Rómulo Betancourt in 1960, the kidnapping and disappearance of Jesús Galíndez in 1956, and the death of writer José Almoina. His regime led to a Hispanic Caribbean environment that saw the rise and fall of dictators in many neighboring countries, such as Cuba, Nicaragua, Guatemala, El Salvador, Honduras, Venezuela, and Haiti. John Bolton
DID WE MISS SOMEONE?
CLICK HERE AND TELL US
WE'LL MAKE SURE
THEY'RE HERE A.S.A.P
Quick Facts 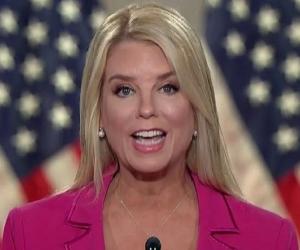 Dominican Celebrities
Presidents
Military Leaders
Political Leaders
Male Leaders
Childhood & Early Life
Born Rafael Leonidas Trujillo Molina, on October 24, 1891, in San Cristóbal in the Dominican Republic, he was the third of the 11 children born to José Trujillo Valdez and Altagracia Julia Molina Chevalier.
His father was the son of a Spanish sergeant of the troops of the annexation era of the Dominican Republic. His mother, Altagracia Julia Molina Chevalier, was also known as “Mama Julia.” His parents were of French, Haitian, and Dominican origin.
He joined the ‘Juan Hilario Meriño School’ in 1897, when he was 6 years old. A year later, he moved to the school of Broughton and became a student of Eugenio María de Hostos. He finished the rest of his primary schooling there.
When he was 16, he began working as a telegraph operator and continued for 3 years. However, he soon started committing crimes such as cattle theft, check forgery, and postal robbery. He got arrested and spent several months in jail before forming a violent gang of robbers known as 'the 42.’
Continue Reading Below
Career
The US occupied the Dominican Republic in 1916 and established a Dominican force to maintain order. Trujillo joined the ‘National Guard’ in 1918 and trained with the US marines. In only 9 years, he quickly rose through the military ranks, from cadet to general and then to commander-in-chief.
In 1930, when a rebellion occurred in Santiago against the then-president, Horacio Vásquez, Trujillo colluded with rebel leader Rafael Estrella Ureña to ensure Estrella could assume power and he himself could run for the presidency.
As agreed upon, Estrella became the acting president on March 3, while Trujillo became the head of the army and the police. He also became the presidential candidate for the ‘Patriotic Coalition of Citizens,’ alongside Estrella. Other nominees were subjected to harassment by the military.
The army hindered anyone who campaigned, leading to almost a unanimous victory for Trujillo in the presidential elections. The election was a farce. Some said the number of votes he received was more than that of the actual voters.
Soon after he became the president, hurricane San Zenon hit Santo Domingo and killed 2,000 people. He responded by exercising martial law and started rebuilding the city.
He renamed the capital “Ciudad Trujillo” (“Trujillo City”), erecting monuments and building streets to honor himself. He also converted the nation into a one-party state.
He promoted himself to the 'Generalissimo' of the army. By 1934, he was up for re-election. There was no existing opposition, and he was the only candidate on the ballot. His government often held rigged elections.
The persecution of dissenters with force and brutality was the order of the day in Trujillo's regime. He also had a list of people who he thought were his enemies and were thus supposed to be executed.
He had a particular unit, the ‘Servicio de Inteligencia Militar,’ which carried out killings and imprisonments. Some of his more infamous cases, such as the Galíndez case and the murder of the Mirabal sisters, led to critical scrutiny by the international community.
Continue Reading Below
By the time Trujillo took over the northwest border of the Dominican Republic, it had become extremely "Haitianized." The border was not demarcated, and he met President Sténio Vincent to agree on a settlement.
He schemed against the Haitian government with General Calixte. When further incursions occurred, he commenced the Parsley Massacre.
The Parsley Massacre, also known as “La Masacre del Perejil” in Spanish, was executed in 1937 by Trujillo. He claimed Haiti was harboring his Dominican opponents and commanded an assault on tens of thousands of Haitians in the border areas.
The real number is unknown, but it is claimed that around 20,000 to 30,000 people were killed. They used machetes and also drowned them in the port of Montecristi.
The Haitian government ultimately called for international inspection and paid a restitution of US$525,000 in 1939, which amounted to US$30 per victim, while only 2 cents were given to the survivors, because of corruption.
Family & Personal Life
Trujillo's love for power and dominance also defined many aspects of his day-to-day life. He developed an everyday routine, which included waking up at 4:00 a.m. to exercise, read the newspaper, and read reports, all of which he did before breakfast.
He was in office by 9:00 a.m. and worked until 7.30 p.m., with only one break at noon. After dinner, he held discussions, participated in events, or was often driven around in secret so that he could observe and remember.
He, along with his family, had accumulated vast amounts of wealth by dominating many industries, such as the meat and milk production, salt, sugar, tobacco, lumber, and lottery industries.
Trujillo gave his family members positions within the government and the army. He made one of his sons a colonel in the Dominican military when he was only 4 years old.
Continue Reading Below
His annual income was US$1.5 million at the time of his death.
He had no real friends, only associates and acquaintances. His associates considered him unpredictable.
He had a passion for exquisite and ostentatious clothing and had a collection of 2,000 elaborate uniforms and suits.
Although Trujillo was married thrice, he kept mistresses to fulfill his unbridled sexual appetite.
He married Aminta Ledesma Lachapelle, his first wife, on August 13, 1913. He later married Bienvenida Ricardo Martínez on March 30, 1927. It is believed that he had a daughter named Odette Trujillo Ricardo with Bienvenida.
In 1935, he divorced Bienvenida and married María de los Angeles Martínez Alba.
Trujillo and María had three children: Rafael Leónidas Ramfis, María de los Ángeles Del Sagrado Corazón de Jesús, and Leónidas Rhadamés.
He had two other children, with Lina Lovatón Pittaluga, who was an upper-class debutante. Their names were Yolanda and Rafael.
He was a healthy man but eventually developed chronic lower urinary infections and prostate problems.
On May 30, 1961, Trujillo was shot and killed when his car, a blue ‘Chevrolet Bel Air,’ was ambushed on a road outside the Dominican capital.
Recommended Lists:
Military Leaders #128
Dictators #15
Miscellaneous #796
Leaders #411 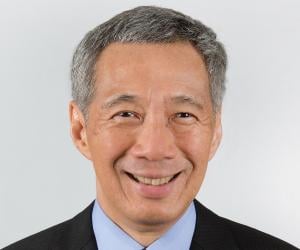