It is not often that aging politicians with numerous health problems get to rule over a country, but Joaquin Balaguer, a three-time President of the Dominican Republic, was one such rare person. Ambitious, shrewd and resilient, he was a fine example of the classic Latin American Strongman. Balaguer was a man who never gave up; once he set his eyes on a goal, he would do whatever it takes to achieve that. After serving as the vice president during the regime of the President Hector Trujillo, he himself became the president later. From a young age he had been interested in politics and was very much in awe of the Puerto Rican political leader, Pedro Albizu, who he admired for his fierce leadership skills. He studied law and also displayed interest in writing. The talented and ambitious young man entered the world of politics striving to make it big. He held several executive and diplomatic posts including the secretary of education under the Trujillo regime of dictatorship. When he himself ran for the president, he based his campaign on the platform of peace and orderly change—a promise he strived his best to fulfill. 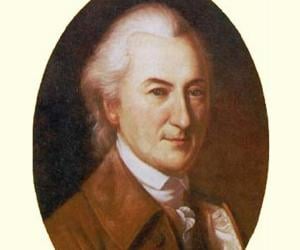 George Hearst
Political Leaders #1977
Presidents #302
Leaders #2533
Continue Reading Below
DID WE MISS SOMEONE?
CLICK HERE AND TELL US
WE'LL MAKE SURE
THEY'RE HERE A.S.A.P
Quick Facts

Dominican Celebrities
Male Leaders
Cancer Leaders
Dominican Leaders
Dominican Presidents
Childhood & Early Life
He was born as Joaquin Antonio Balaguer Ricardo in Santiago Province of the Dominican Republic to Joaquin Balaguer Lespier and Carmen Celia Ricardo. He was the only brother among several sisters. He was of mixed ancestry.
He was attracted towards literature from a young age and even composed verses - some of his poems were published in local magazines.
Politics was another one of his early interests. His involvement in politics began at the time of the American Military occupation.
He studied law at the University of Santo Domingo and also attended the University of Paris for a short while. As a young man he was highly impressed by the Puerto Rican leader, Pedro Albizu.
Continue Reading Below
You May Like

Famous Beautiful Women With Green Eyes
Career
After becoming a lawyer he was appointed as ‘Attorney in the Court of Properties’ in 1930. In 1932 he became the Secretary of the Dominican Legation in Madrid, a position he served for the next three years.
Over the next two decades he held numerous diplomatic and executive posts under the regime of the dictator, Trujillo. Some of his posts included Undersecretary of the Presidency (1936), Ambassador to Mexico (1947-49) and Secretary of Education (1949-55). He also served as the vice-president under President Hector Trujillo.
Hector Trujillo, the president resigned in 1960. Hector had in effect, been a “puppet” president, as the true power lay in the hands of his brother, the dictator General Rafael Trujillo.
Balaguer, being the vice-president was made the president upon Hector’s resignation. But he too did not have any real powers as he had to operate under the orders of Rafael Trujillo.
In 1961 Rafael Trujillo was assassinated and his son took over the reins of dictatorship. Balaguer tried to bring about reforms in the country through liberalization and relaxing control over the press.
Balaguer’s idealism however did not go well with the son and brother of the dead General Trujillo, and he was forced to resign from presidency after a military coup in 1962 and sought refuge in the United States.
He returned to his homeland in 1966 after the announcement of general elections. He easily won the elections and became the president again. He would be re-elected for two more terms and thus serve as the president till 1978.
In his second stint as president, Balaguer adopted several social reforms and the nation achieved steady economic growth. Several schools, hospitals, roads and other important infrastructure were constructed. However his critics felt that he too sometimes behaved like a dictator.
In 1978 he ran for a fourth term but lost. He also lost the elections held in 1982. But he was a very determined man and ran again for the 1986 elections. By now he was an aging man with health problems, yet surprisingly, he won and became the president for the third time.
He undertook major infrastructural projects which resulted in the construction of several highways, hospitals, and schools. The economy performed very well under this leadership, and led to his re-election in 1990.
He was into his eighties by this time, and was almost deaf and blind. Yet the characteristic indomitable spirit in him refused to die. He decided to run for the 1994 elections as well even though he was almost 90. This election was marred by controversies and new elections were held in 1996 in which he was not a candidate.
Major Works
Joaquin Balaguer served three non-consecutive terms as the president of the Dominican Republic and had been in several diplomatic posts prior to it. He was a politician who truly loved his country and cared for the people. He played a pivotal role in leading the country—previously run by dictators—to a path of true democracy.
Personal Life & Legacy
He was born into a large family where he was the only son among many daughters. He was very close to all of his sisters. Unfortunately, several of them predeceased him. He never married.
He was a very ambitious person, and had been politically active till the very end of his long life. He died in 2002 at the age of 95.
You May Like

See the events in life of Joaquin Balaguer in Chronological Order