Advanced Search
Plato was an ancient Greek philosopher who played an important role in the development of Western philosophy. As the scion of a rich and aristocratic family, he received good education under renowned teachers, including Socrates. Although initially he wanted to join politics, the execution of Socrates changed his mind and he left Athens for 12 years, visiting places around the Mediterranean Sea and studying under several teachers. It was during this period that he first started writing. That Plato was immensely influenced by Socrates is evident from his body of works created during this period. Ultimately, he returned to Athens and set up the first organized school in the Western civilization. It soon turned into a center of excellence and many well-known scholars, including his famous pupil Aristotle, became associated with it. Plato never stopped writing; his masterpieces like ‘The Republic’ and ‘Theory of Forms’ were created during his later years. Along with Socrates and Aristotle, Plato is credited to have laid the foundation of Western philosophy and science. Fortunately, most of his works have survived for over 2,400 years. Galen
DID WE MISS SOMEONE?
CLICK HERE AND TELL US
WE'LL MAKE SURE
THEY'RE HERE A.S.A.P
Quick Facts

Greek People
Greek Male
Male Philosophers
Greek Philosophers
Greek Intellectuals & Academics
Childhood & Early Life
Plato was born in fifth century BC in a wealthy and aristocratic family from Athens. Some scholars believe that he was named Aristocles after his grandfather and was later called Plato because of his broad physical built. However, there is no indisputable evidence in this regard.
There is also confusion regarding the year as well as the place of his birth. Initially, the year of his birth was identified as 428 BC but after analyzing the events of his life, modern historians believe it was around 424/423 BC.
While some scholars have identified the place of his birth as Athens, others believe that he was born in Aegina, located at a distance of 27 km from the city. However, it is universally accepted that he was mostly brought up in Athens in the house of his stepfather Pyrilampes.
Plato’s father Ariston of Collytus was a descendent of Codrus, the ancient king of Athens, while his mother Perictione was a descendant of Solon, the Athenian lawgiver and poet. Plato had two brothers, Glaucon and Adeimantus, and a sister named Potone.
Ariston died when Plato was still a child. Thereafter, his mother married the Athenian statesman Pyrilampes who was also her uncle. Plato had a stepbrother named Antiphon from his mother’s marriage with Pyrilampes.
Not much is known about Plato’s early life. However, his nephew Speusippus, who later became a renowned philosopher himself, had talked about Plato’s modesty and wit in his discourses. He had also mentioned that Plato was a hard-working boy with keen interest to learn new things.
It is possible for Plato to have studied grammar, music, and gymnastics under renowned educators of the time. From the writings of Aristotle, we also know that Plato studied under Athenian philosopher Cratylus who introduced him to the teachings of Heraclitus.
As a young man, Plato came in contact with Socrates who was his uncle’s friend. Plato was very much impressed by Socrates’ method of dialogue and debate. Subsequently, he became close to the elder scholar and was included in his circle.
At the time, Athens was at war with the Peloponnesian League, led by Sparta. Plato joined the war in 409 BC and fought alongside the Athenian soldiers for five years before the war ended in 404 BC. The war resulted in the defeat of Athens.
Till then, Athens had been under democratic rule. However, Sparta replaced it with oligarchy, headed by 30 pro-Spartan leaders who later came to be known as the ‘Thirty Tyrants.’ Although it included two of Plato’s relatives, he was very upset about the state of affairs at Athens.
The oligarchy continued for eight months, after which the tyrants were overthrown and democracy restored in 403 BC. Plato now thought of joining politics. Around this time, he remained close to Socrates and soon became his best disciple.
In 399 BC, Socrates was executed on charges of corrupting the youth. It affected Plato to such an extent that he gave up his goal of joining politics and set out on a tour. 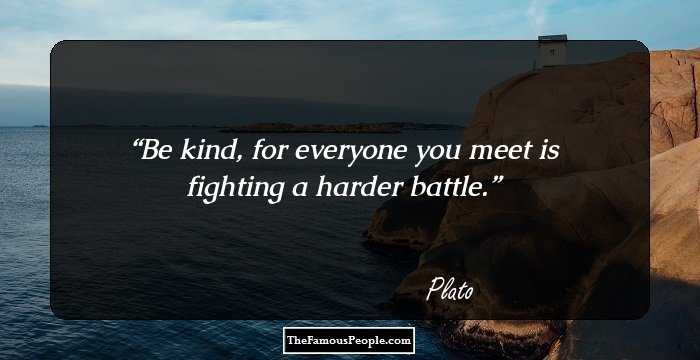 Quotes: You
Continue Reading Below
Later Life & Career
After leaving Athens, Plato traveled for 12 years, visiting places around the Mediterranean coast, such as Syracuse (Sicily), Italy, Egypt, and Cyrene (Libya). For some time, he studied mathematics under the Pythagoreans in Italy. His learnings in Italy later helped him form his own ideas.
In Egypt, he studied geometry, geology, astronomy, and religion. It was here that he learned to make water clock, which he later introduced to Athens. This was also the time he started writing extensively.
It is believed that ‘The Apology of Socrates,’ his first major work, was written shortly after the death of Socrates. Some other works from this period are ‘Protagoras,’ ‘Euthyphro,’ ‘Hippias Major and Minor,’ and ‘Ion.’ All of these were written in dialogue form through which Plato attempted to convey the philosophy and teachings of Socrates.
Around this time, Plato also visited Syracuse which was under the rule of Tyrant King Dionysius I whose brother-in-law Dion had become Plato’s disciple. It angered Dionysius and Plato was sold into slavery. Fortunately, Anniceris, one of his disciples, was able to buy his freedom for 20 minas and send him home.
Plato returned to Athens in 387 BC. In the same year, he founded his academy on a plot of land in the Grove of Academus, outside the city wall of Athens. It is said to be the first organized school in the Western world. Plato’s famous book ‘The Republic’ was written sometime during this period.
In 367 BC, Plato traveled to Syracuse upon the invitation of Dion, the uncle as well as the adviser of the new King Dionysius II. Dion thought that Plato would be able to turn Dionysius II into a philosopher king.
However, his hopes soon turned to ashes. Dionysius II began suspecting Dion of conspiring against him. As a result of this, Dion was sent into exile and Plato was put under house arrest. On being released, Plato returned to Athens and resumed his academic career.
Now, the role of art and culture as well as ethics and morality began to take a more prominent place in Plato’s thought. More importantly, he now began to develop his own metaphysical ideas and explored the fundamental nature of being and the world encompassing it. 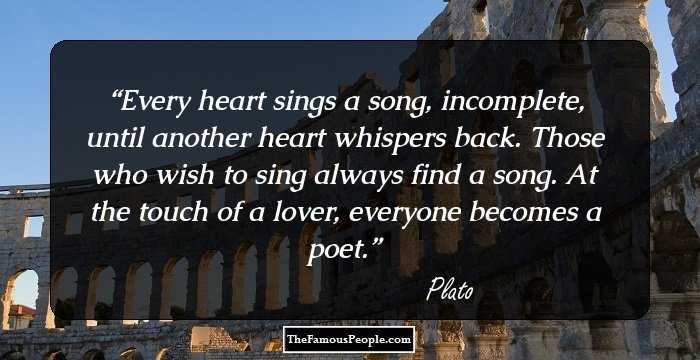 Quotes: Heart
Continue Reading Below
Major Works
The school that Plato opened after returning to Athens is one of his major contributions to the development of Western civilization. It was probably known as ‘Akademia’ since it was located at the Grove of Academus. It is believed that the word ‘academy’ was derived from it.
Led by great scholars like Speusippus, Xenocrates, Polemon, Crates, and Arcesilaus, Plato’s academy continued to function till its destruction in 84 BC. After that, it was revived many times. Today, we can safely say that it was the forerunner of the modern educational system.
Plato is also remembered for the body of works that he left behind. ‘The Republic,’ a Socratic dialogue written in around 380 BC, is one of his most famous works. In this book, Plato has defined his concept of justice and also the characteristics of a just city-state and just man.
‘Theory of Forms,’ written during his later years, is also one of his well-known works. In the book, Plato had suggested that the material world as we see it is not the real world. According to him, this changeable world is actually an ‘image’ or ‘copy’ of the actual world.
Death & Legacy
It is generally accepted that Plato passed away in around 348/347 BC at Athens. Like many other events of his life, there is an ambiguity about how he died.
Some scholars are of the opinion that he passed away peacefully in his sleep, while others believe he breathed his last while listening to a young Thracian girl playing the flute. Some other scholars believe that he died while attending a wedding.
Modern-day scholars consider him to be the central figure in the development of Western philosophy, science, and mathematics. Some also refer to him as one of the founders of Western religion and spirituality.
More than two thousand years have passed since Plato’s death. Yet he is still remembered all over the world and scholars often quote him while discussing different philosophical issues. Such is Plato’s legacy. 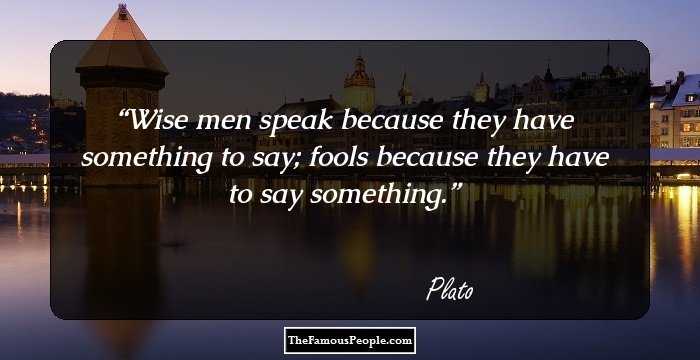 See the events in life of Plato in Chronological Order