Park Ha-sun is a South Korean actress known for her award winning performances in the TV series’ such as ‘Two Weeks’, ‘High Kick’ and ‘Three Days’. Graduating in Theatre and Films programme from the Dongguk University, she started her acting career with the 2005 romantic drama ‘Love Needs a Miracle’. Thereafter, she continued in several small roles ‘Capital Scandal’ and ‘The King and I’, but she was mostly getting to play side characters. With the release of historical drama ‘Dong Yi’ in 2010, things changed for her. The drama was a big hit and finally put Park in the list of successful actors. She was honoured with the Best New Actor award for her performance, and it was followed by many offers. 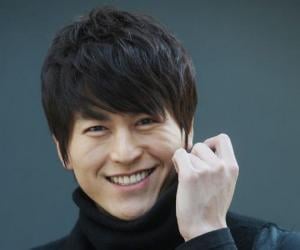 Bae Suzy
Actresses #4801
Film & Theater Personalities #12661
DID WE MISS SOMEONE?
CLICK HERE AND TELL US
WE'LL MAKE SURE
THEY'RE HERE A.S.A.P
Quick Facts

South Korean People
Dongguk University
Libra Actresses
Actresses Who Are In Their 30s
South Korean Actresses
Childhood & Early Life
Park Ha-sun was born in Seoul, South Korea on October 22, 1987. Like most kids, she had her own set of dreams, and becoming an actress was one dream that persisted with her. She watched movies and dramas at home and eventually fell in love with the pretty faces she saw, particularly actress Shim Eun-ha whom she admired a lot.
Energized with the dream of making something big out of her career, she started learning acting herself and participated in dramas in school. But her shy nature turned out to be one of the biggest hurdles which kept her away from performing freely. Her shy nature and weight issues made her a little low on confidence during her early teenage years. She said on a variety show recently that she was a frequent subject of bullying during her school days, but she got over it.
Even on the insistence of her parents, she didn’t leave her dreams of becoming an actress, worked on her weight, self confidence issues and started trying harder. Once she was out of high school, she enrolled in Film and Theatre programme at the Dongguk University in Seoul.
She was spotted by a major talent agent during a movie event even before her graduation. The agent offered her to be represented by his agency, and Park said yes.
After giving multiple auditions, she finally made her on-screen debut at the age of 18, with a minor role in the TV Drama ‘Love Needs a Miracle’.
Continue Reading Below
You May Like

The Hottest Male Celebrities With The Best Abs
Career
Starting with a tiny role in ‘Love Needs a Miracle’, she didn’t expect to become an overnight star. But nevertheless it was as good a beginning as she could expect in the highly competitive entertainment world. This little stint got her a part in the 2006 horror film ‘Apt’ where she played the role of Jung-hong, a very lonely yet creepy girl.
In the next year, she featured in the much anticipated historical romance drama titled ‘Capital Scandal’, which became a huge success.
In 2007, she appeared in another film ‘Mom Never Dies’, followed by a period drama ‘The King and I’, which was a moderate success as per the ratings, but the critics praised the performance of the cast.
She then appeared as an ailing sister of Ji-ho in the film ‘BABO’. The film was based on a popular webtoon of the same name, and became a moderate success. The year 2008 saw her playing supporting roles in the series’ ‘Hometown Legends: Curse of the Sajin Woods’ and ‘Romance Zero’.
In the 2009 series ‘Accidental Couple’, she played the side role as fiancé of the lead character. She was reportedly not considered for the lead role as she looked younger than she was.
The year 2010 came with a welcome change when she was cast in the historical drama ‘Dong Yi’. She played the role of Queen Inhyeon and the drama became a rage across Asia. It was one of the biggest hits of the year and put Park finally into the league of top grade actors. She won Best New Actress award at the MBC Drama Awards for her performance.
She didn’t follow the success of ‘Dong Yi’ with similar roles and instead opted for a comedy role in ‘High Kick: Revenge of the Short Legged’. For her role, she won an excellence award at the MBC Drama Awards.
This success infused further confidence in her, and encouraged her to play the role of an intern in an ad agency in ‘Ad Genius Lee Tae-baek’. The drama was a success and Park was appreciated in her first main lead role.
The year 2011 turned out to be a great one for Park as she ended it with the action thriller ‘Two Weeks’. Park played one of the main roles in the thriller and got nominated for quite a few awards for her performance. The series went on to become one of the most critically acclaimed series of the year along with being the most popular one.
In 2014, she appeared in another action thriller ‘Three Days’, and other than receiving favourable word of mouth response for her performance, Park also received several nominations for her stunning performance. She barely missed out on the excellence award at the SBS Drama Awards that year.
Romantic melodrama ‘Temptation’ was her next TV project in the same year. She played a poor college girl and was universally praised for her portrayal.
With her career finally landing on the right path, she became quite choosy about the roles she did. She also became careful in selecting the variety shows.
In 2016, she appeared in a leading role in the romance drama ‘Drinking Solo’ and also featured in the main female role in the action comedy ‘Midnight Runners’.
Personal Life
Park Ha-sun was into a relationship with the actor Ryu Soo-young before they got married in early 2017 in a grand yet private event at a five star hotel in Seoul. Park later accepted that they started dating 3 years back in 2014, right after the production ended for the thriller ‘Two Weeks’.
In August 2017, the couple was blessed with a baby girl.