Advanced Search
Omar N. Bradley was a kind and compassionate general, who was a favorite among his soldiers. He is fondly remembered as ‘The Soldier’s General’ for his unstinting ways and his personality. Just as he graduated from college, he missed out on an opportunity to serve the army during World War I. Knowing that World War II would give his life new meaning and make way for a new path in his life; he decided to join the army, serving for a brief period of time under General George S. Patton, Jr. He was then promoted to the rank of General Officer and was asked to take command of the United States Army Group; the biggest solo command ever held by an American officer. He was later promoted to 5-star General-of-the-Army and served for a brief period as Army Chief of Staff and Chairman of the Joint Chiefs of Staff. Among other famous war personalities, he also served as the spearhead of the Veterans Administration. In his long and respected tenure, he decreed forty-three divisions and was responsible for nearly 1.3 million men. A brave heart, he is the recipient of many distinguished awards and honors including the Presidential Medal of Freedom, the Silver Star and the Legion of Merit. American Celebrities
American Men
United States Military Academy
Male Leaders
Aquarius Leaders
Childhood & Early Life
Omar Nelson Bradley was born on February 12, 1893 to Mary Elizabeth Hubbard and John Smith Bradley in Randolph County, Missouri.
He attended a number of schools when he was a young boy and was extremely fond of books, shooting and baseball. However, tragedy struck the young lad at the age of 13, when his father died unexpectedly.
He studied at Moberly High School and graduated from there in 1910. Following his graduation, he worked as a boiler maker at the Wabash Railroad. His school teacher persuaded him to try out for the U.S. Military Academy at New York.
He was placed second in the West Point placement exams at the Jefferson Military Post in St. Louis. For personal reasons, the winner was unable to accept the offer and it was automatically given to Bradley.
During his years at the academy, he focused on sports rather than his academics and came to be known as the most outstanding college baseball player, playing for the varsity team, for three years. He graduated from the institute in 1915. 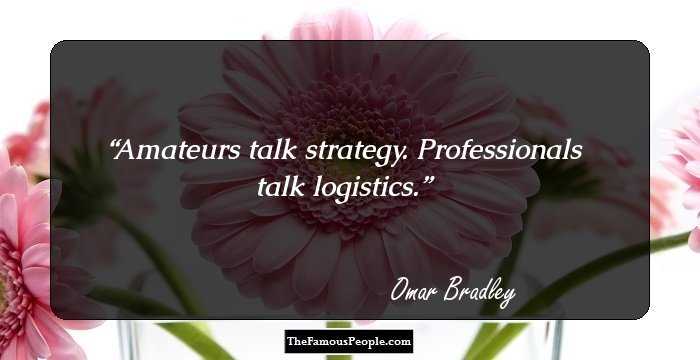 Continue Reading Below
Career
After he graduated from the academy, he was dispensed to the 14th Infantry Regiment and served at the U.S.-Mexico border for the remainder part of 1915. When the war I began, he was promoted to the rank of captain.
In 1918, he joined the 19th Infantry Division, but the ceasefire and the influenza epidemic prevented the division slated for European positioning. During World War I, he taught and studied.
From 1920 to 1924, he served as a mathematics teacher at West Point. He was promoted to the rank of major and was put on duty with the advanced infantry course in 1924.
From 1928 to 1929, he studied at the Command and General Staff School in Fort Leavenworth and after his graduation from the institute; he was a tactics instructor at the Infantry School.
From 1929 to 1934, he taught once again at West Point and also took a break in between to study at the Army War College. Two years later, he was made lieutenant colonel and simultaneously, worked at the War Department.
In 1938, he was taken under the wing of Army Chief of Staff George Marshall. Three years later, he was promoted to the post of brigadier general.
In 1942, he was made a temporary major general and two years later, he was made a permanent major general, taking command of the 82nd Infantry Division. However, after the attack on Pearl Harbor, he was asked to take responsibility of the 28th Infantry Division.
In 1943, he was promoted to temporary lieutenant general and succeeded General S. Patton as head of ‘II Corps’. He was responsible in directing the Tunisian battles in North Africa, seizing Bizerte. He also continued to command the corps during the ‘Invasion of Sicily’.
He was made the head of the 1st U.S. Army in 1944 and after he arrived in Britain, he helped plot ‘Operation Overlord’. After the D-Day landings, he was officially designated the commander of the 12th Army Group.
Continue Reading Below
On March 12, 1945, he was promoted to the rank of a four-star general. He then succeeded Dwight D. Eisenhower as army chief of staff, three years later.
On August 11, 1949, he became the chairman of the Joint Chiefs of Staff, appointed for the first time by President Harry S Truman. The following year, he was promoted to the rank of ‘General of the Army’, the fifth and the last person to have received that honor.
In 1950, he was made the first Chairman of the NATO Military Committee and remained in this position for a couple of years. Around the same time, he was made the chief military policy maker at the onset of the Korean War.
In 1951, he got his memoirs published titled, ‘A Soldier’s Story’. Two years later, he left active duty military service.
He chaired the Commissions on Veteran’s Pensions from 1955 to 1956 and also went on to become the Chairman of the Board of the ‘Bulova Watch Company’ in the late 1950s. 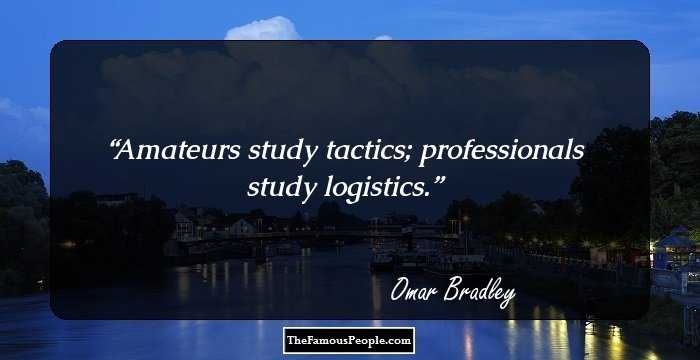 Major Battles
When he commanded the ‘II Corps’, they attacked northward in the direction of Bizerte in North Africa, confronting German defenders before bringing up the armor. The 34th Infantry Division, slandered by the British as a unit with pitiable combatabilities, battled and displaced the Germans from their strong defensive positions. This ensured that Bradley’s 1st Armored Division earned their victory. In about two days, more than 40,000 German troops submitted to the II Corps.
Awards & Achievements
He was presented a Gold Medal by the Army and Navy Club, in 1946.
He won the Medal for ‘Distinguished Achievement’ on May 6, 1958.
Continue Reading Below
He won the Medallion of Valor on November 18, 1962.
He won the Sylvanus Thayer Award, in 1973.
He won the Spirit of Independence Award, in 1977. He was also awarded the Presidential Medal of Freedom the same year.
He was presented the Humanitarian Award by the American Red cross, in 1979. 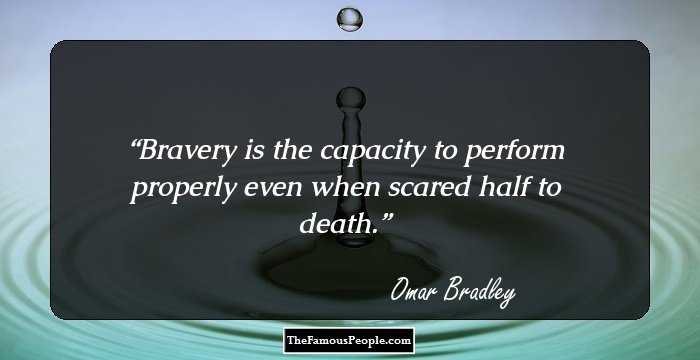 Personal Life & Legacy
Bradley got married to Mary Quayle, but she died of leukemia on December 1, 1965.
He married Esther Dora ‘Kitty’ Buhler on September 12, 1966 and she stayed with him till his death.
During his life, he was an avid horse-racing fan and spent much of his free time on racetracks. He was also a great fan of college football and attended a number of college tournaments during his lifetime.
Towards the end of his life, he lived in Texas and his last public appearance was during the investiture of President Ronald Reagan, in January 1981.
He passed away on April 8, 1981as a result of cardiac arrhythmia and is interred at Arlington National Cemetery, next to both his wives.
After his death, his autobiography, ‘A General’s Life’ was published in 1983. This was co-written with Clay Blair.
Two vehicles in the U.S. Army, the M2 Bradley infantry fighting vehicle and the M3 Bradley cavalry fighting vehicle, are named after him.
In recognition of his life and war efforts, Missouri celebrates General Omar Nelson Bradley Day on his birth anniversary.
He was honored with his face on the ‘Distinguished Soldiers’ stamps collection which was issued by the United States Postal Service, on May 5, 2000.
Trivia
This U.S. field commander and former General of the Army, who is the last individual to hold a five-star rank in the U.S. Armed Forces, served as a specialist for the 1970 film, ‘Patton’, since he was really close to General Patton and knew much of his life well.

Quotes By Omar Bradley | Quote Of The Day | Top 100 Quotes

See the events in life of Omar Bradley in Chronological Order 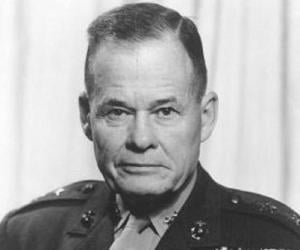