Eric Garcetti is an American politician and former college professor, best known as the incumbent mayor of Los Angeles, California. Born to a politician and photographer father, he was interested in the prospect of becoming a politician ever since he was young. He attended high school in Los Angeles and completed his bachelor’s degree in political science from Columbia University. He later completed his PhD from the London School of Economics. He returned to the U.S. and worked as a college professor for a few years before he entered active politics in 2001, when he was elected to the Los Angeles City Council from district 13. In 2006, he was made the council president. His effective leadership helped him retain the position until 2013. The same year, he won the seat of the mayor of Los Angeles. He won the re-election in 2017. As the mayor, he worked mostly toward issues such as finance, construction, and the environment, while also trying to tackle the homelessness issue and the immigrant crisis. He was also expected to run for the 2020 presidency of the United States, but he denied the rumors later. Eric Michael Garcetti was born on February 4, 1971, in Los Angeles, California, U.S., to Sukey and Gil Garcetti. His father, Gil, was a photographer and politician, who served as the Los Angeles district attorney. His grandfather, Salvador, moved to America as a child and was later hanged during the Mexican Revolution. Eric has Mexican and Russian Jewish origins.

Owing to his father’s profession, Eric had become interested in politics at a tender age. When he was little, he moved to the Encino neighborhood in San Fernando Valley, where he pursued his academics. He completed his elementary education from the UCLA Lab School. He later joined the Harvard-Westlake school and completed his high-school graduation.

While in high school, his interest in politics bloomed. He participated in political debates and also engaged in civic engagement as part of the student body called Junior State of America.

Eric Garcetti was a bright student who excelled in academics, especially in subjects that intrigued him, such as politics and arts. Following his high-school graduation, he joined Columbia University and graduated with a BA degree political science and urban planning in 1992, as a “John Day Scholar.”

He was largely active during his university years and engaged in many extracurricular activities, such as presiding over the St. Anthony Hall fraternity and the literary society. He served as a writer and a performer in the musical known as Varsity Show.

Following his bachelor’s degree, he pursued a master’s degree in international affairs, eventually graduating in 1993. He later joined the Oxford College and pursued a PhD in ethnicity and nationalism. He came back to the U.S. and began working.

From the mid- to the late 1990s, Eric Garcetti worked at the University of Southern California and the Occidental College, Los Angeles, serving as a professor and specializing in subjects such as public policy, world affairs, and diplomacy. However, joining politics had always been his goal. Thus, in the early 2000s, he joined the Democratic Party.

The seat of the Los Angeles City Council for district 13 was left vacant in 2000, after the incumbent, Jackie Goldberg, was elected to the State Assembly. In 2001, Eric contested for the election and won it, thus beginning his political career. The elections took place every 4 years, and Eric was elected two more times, in 2005 and 2009.

One reason for his popularity was the sincerity and honesty in his work. In 2004, he made sure that Los Angeles got the biggest clean water bond in the entire country after he brought in the stormwater bond.

Eric Garcetti also paved way for two green building ordinances and promoted water conservation in the city by making some much-needed changes to the city’s plumbing codes and landscape ordinance.

The council president, Alex Padilla, resigned after his election to the California State Senate. Hence, Eric was chosen as his successor in 2006. He was one of the first elected political officials who took out time to meet the general public from his constituency and decided to hear out their issues.

He also implemented the Constituent Bill of Rights, which somehow made sure that the calls from the residents were returned within a single working day. He further made sure that all the problems of the constituents were heard and were included in all the land-use endeavors and plans implemented in the city. He attempted to increase the public’s involvement in the government processes by holding Government and Planning 101 seminars in almost all parts of the city.

In addition, he also spearheaded a group known as the Preserve America Community. He also faced a bit of criticism for green-lighting programs that renovated the city’s cultural and historical landmarks. He also ran programs to motivate people to say no to graffiti, a problem that Los Angeles had been suffering since long. As a result of these initiatives, graffiti was reduced in the city by 78% during his first tenure.

His work as a council member was lauded across the country. He thus decided to go one step further and contested for the mayoral seat of Los Angeles, announcing it officially in 2011. Eric and Wendy Greuel were the top two candidates, but the Los Angeles Teachers Union supported Eric. Thus, his term as the mayor of Los Angeles officially began in July 2013.

Eric Garcetti is a liberal and a progressive, and he managed his constituency adhering to his ideologies. He also focused on improving the financial condition of the city. He brought in many experts with him to help new businesses grow in the city. He said that he wanted Los Angeles to be the hub for new businesses and budding entrepreneurs.

In September 2014, he proclaimed that he was aspiring to increase the minimum wage for Los Angeles workers and residents within the next 3 years. The city council supported his decision.

Eric Garcetti was also soft on immigrants. He opposed a policy that detained illegal immigrants and kept them in police custody. He stated that this was a huge burden to the government and was not serving any definite purpose. He helped create the L.A. Justice Fund, which enabled poor illegal immigrants to get legal representation and helped them avoid deportation. The children of those immigrants were provided with shelter homes.

Owing to his great work toward public service, he was re-elected as the mayor in March 2017.

He had been a keen supporter of Barack Obama during the latter’s presidential election campaign in 2008. There were also rumors that Eric could run for presidency, but he denied the rumors and said that he was more focused on finishing his term as the mayor.

Though he is a popular mayor, Eric Garcetti has faced a few controversies, too. In January 2014, he was sitting in the passenger seat of a car that struck a pedestrian. It was said that the mayor was on his phone and that he did not see the crash happen. The woman who was hit was in a stable condition when she was taken to a hospital. Eric also visited the woman in the hospital.

In 2014, he was present at the Los Angeles Kings hockey team’s championship celebrations, where he held an empty beer bottle and used the word “fuck” during his speech. He was heavily criticized for it, and he later cleared the air on the whole issue by saying that it was a word that “everybody had already heard.”

In February 2016, he openly praised the construction company Turf Terminators. It was later claimed that the company had donated $45,000 to his election campaign. Eric cleared the air and said that the donations were all legal and that it was just a co-incidence that he had mentioned Turf.

Eric Garcetti married Amy Wakeland in 2009. They had dated for a long time after they initially met at Oxford University, where they studied together. They have an adopted daughter and seven other foster children.

Eric is also an avid photographer and a jazz pianist.

See the events in life of Eric Garcetti in Chronological Order 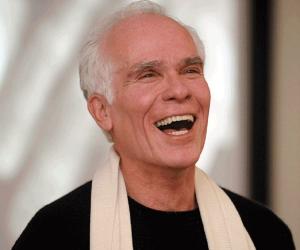