Jim Mattis was the 26th U.S. secretary of defense and a former marine commander, best known for his glorious contribution to the American military expeditions in the Gulf War, the Afghanistan War, and the Iraq War. He was born into a middle-class family and was one of the three sons of his parents. His mother was associated with the American troops as a stenographer during the Second World War. Following his high-school graduation in 1968, Jim joined the ‘U.S. Marine Corps.’ He was known as an excellent soldier and was quickly promoted to various high-ranking positions in the marines, such as second lieutenant, lieutenant colonel, brigadier general, and major general. He participated in the Persian Gulf War, the Afghanistan War, and the Iraq War and earned many honors, such as the ‘Edson’s Eagles.’ He read a lot and emphasized on the importance of knowing a country’s history before going to fight there. In 2013, he retired from the ‘Marines,’ and in January 2017, he was instated as the secretary of defense under President Donald Trump. However, owing to several issues with Trump, he resigned in December 2018. Dakota Meyer
8th September In History
DID WE MISS SOMEONE?
CLICK HERE AND TELL US
WE'LL MAKE SURE
THEY'RE HERE A.S.A.P
Quick Facts

American People
Virgo Leaders
Male Leaders
American Leaders
American Military Leaders
Childhood & Early Life
Jim Mattis was born James Norman Mattis, on September 8, 1950, in Pullman, Washington, U.S., to John West Mattis and Lucille Mattis. He grew up with two brothers in an American middle-class family. When he was 2 years old, the family moved to Richland, Washington.
Both his parents had been associated with the United States armed forces. His father was a merchant marine, while his mother worked as a stenographer for the ‘Army Military Intelligence Corps’ in the Second World War.
Following their move to Richland, his father worked in the ‘Manhattan Project,’ as a fissile material supplier. Jim’s parents were avid readers, and there was no TV in their house. Jim was average in academics and graduated from the ‘Richland High School’ in 1968.

After graduating high school, Jim Mattis joined the ‘Central Washington University,’ located in Ellensburg, Washington, eventually obtaining a bachelor’s degree in history in 1971. The country was in the middle of a war with Vietnam in the late 1960s, back when Jim had graduated high school. The wave of nationalism that spread across the nation after this made many youngsters join the armed forces, and Jim was no exception.

Jim Mattis had enlisted as a reserve in the ‘Marine Corps’ in 1969, and as part of his training, he had to participate in the ‘Reserve Officers’ Training Corps’ program. He was a voracious reader and read world history ardently. His fellow officers once claimed that he had a collection of about 7,000 books on world history.

In the early 1970s, he was commissioned as a second lieutenant in the ‘U.S. Marines.’ His superiors later claimed that he was smarter and much more polished than his fellow marines. He exhibited strong leadership skills and was mostly found reading when he was not training.
It did not take him a lot of time to be promoted through the ranks, and he soon became the first lieutenant. He was later made a captain and was put in charge of small units. Soon enough, he was promoted to the position of major. As a major, he was given the duty of overseeing the management and ensuring effective operations in the marine-recruiting station in Portland.
In the early 1990s, the Persian Gulf War broke out, and after the U.S. intervened in the war, Jim was deployed at the Persian Gulf as part of the operation “Desert Shield.” He was given the command of the ‘1st Battalion, 7th Regiment’ of the marines.

His battalion was one of the firsts that launched a military assault in Kuwait. Jim’s commands were noted for being bold and fearless. He thus became a legendary figure after the war ended. He was honored with a ‘Bronze Star’ for bravery and then received a promotion to the rank of colonel. He was also awarded with one of the U.S. military’s highest but lesser known honors, the ‘Edson’s Eagles.’

The ‘Edson’s Eagles’ honor was named after legendary marine commander Merritt Edson. It rewards exceptional fighting spirit. It was an honor that was bestowed upon colonels, and when in 1997, Jim was promoted to the position of brigadier general, he had to give up the insignia to another colonel.
He was deeply involved in the planning stages of the Afghanistan War and was handed over the charge of leading ‘Task Force 58.’ He was the first marine to be given the command of two amphibious readiness groups.
The Afghanistan War was a different kind of challenge for the U.S. marines, as Afghanistan was a landlocked country, but Jim used his wits and brokered military deals with Pakistan. Pakistan provided the U.S. troops access to its beaches and landing strips. In the war against the ‘Taliban,’ conquering the center of the Islamist group, Kandahar, was of high strategic importance. Jim’s troops took over Kandahar within a few days, giving America a solid upper hand in the war.

Before the Iraq War, Jim Mattis was promoted to the position of major general. He led the ‘1st Marine Division’ in the early few weeks of the Iraq War. It was the longest-sustained advance over land in marine history. His antics during the Iraq War earned Jim a third star. Upon his return to the U.S. after the war, he was assigned to Quantico, Virginia, where he shared the lessons learned during the Afghan War and the Iraq War with new marine recruits.

Continue Reading Below
He was known as a blunt man and gave provocative statements at times. He was fearless in his approach and once stated that the ‘Taliban’ insurgents were “fun to shoot at.” He was known as a “warrior monk” among his peers in the marines.
He focused on the “hearts and minds” approach in the counterinsurgency operations while training the young marines at the ‘Center for Advanced Operational Culture Learning.’ He emphasized on the importance of learning about the history of the country before going to fight in it. He believed that would give the U.S. marines an upper hand over their enemies on the battleground. He retired from the ‘Marine Corps’ in 2013.
As the Secretary of Defense
Under the ‘National Security Act,’ commissioned military officers could not hold any top position in the ministry until after 7 years of their retirement. However, in Jim’s case, a waiver was proposed when President Donald Trump nominated Jim to be the secretary of defense under his tenure. The waiver was approved by the senate with a 98–1 majority, and he was sworn in on January 20, 2017.
Despite the fact that he was professional in his manner and brought stability into the ‘White House,’ he was aware of the mismanagement that was rampant there. He made a pact with the treasury secretary and the secretary of state that if one of the three were forced to resign, all three would. However, when the secretary of state, Rex Tillerson, was removed in March 2018, Jim continued to remain in his position.
In 2018, President Donald Trump announced that the United States would not be participating in joint military exercises with South Korea anymore. The exercises had been part of a historical pact between the two countries since the Korean War. The announcement led to a tiff between Trump and Jim. Months later, the joint military exercises resumed.

Jim Mattis opposed the U.S. collaborations with China and Russia and said that they could be a threat to the U.S.-led world order.

He also had a disagreement with Trump when the latter announced that the United States would be removing their troops from Syria. Miffed at this, Jim decided to retire and said that Trump should have had a secretary of defense whose thoughts and beliefs were in line with Trump’s. He was forced to resign in December 2018, just 2 months before it was scheduled.
In the wake of the George Floyd protests in 2020, Jim criticized Trump harshly and said that instead of uniting the Americans, Trump was dividing them.
Family & Personal Life
Jim Mattis never married nor had any children. He was known as a “warrior monk” among his marine peers, owing to his marital status.
He happens to be a devout Catholic.
He reads a lot and once said that Marcus Aurelius’s ‘Meditations’ is one book he would want every American to read.

See the events in life of Jim Mattis in Chronological Order 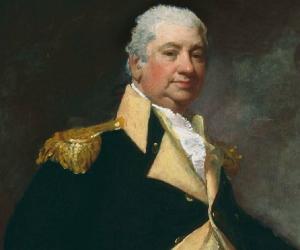 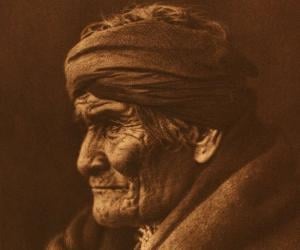