Nicolae Ceaușescu was a Romanian Communist politician who served as the General Secretary of the Romanian Communist Party. He became the leader of Romania in 1965 and ruthlessly ruled over the country for more than two decades before he was overthrown and killed in a revolution. Though the initial years of his regime were moderate, he grew increasingly brutal and dictatorial over the years casing great distress to the citizenry who longed for freedom and peace. Under his administration, media freedom was heavily curtailed and there was no tolerance for internal dissent. In fact, the condition of the common people had deteriorated so much that they did not even have access to basic amenities like nutritious food, medicinal facilities, fuel or education. As someone who began his political career as a member of the Romanian Communist youth movement during the early 1930s, Nicolae Ceaușescu rose up through the ranks in Gheorghe Gheorghiu-Dej's Socialist government. When Gheorghiu-Dej died in 1965, he succeeded him as the country’s leader, assuming the position of the General Secretary of the Romanian Communist Party. His brutal rule gave rise to violent uprisings throughout the country leading to the Romanian Revolution of 1989 which culminated in the execution of Ceaușescu 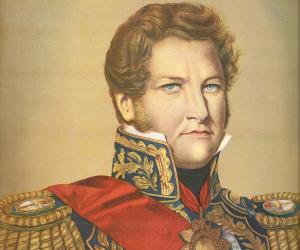 Fulgencio Batista
Dictators #15
Leaders #2572
Continue Reading Below
DID WE MISS SOMEONE?
CLICK HERE AND TELL US
WE'LL MAKE SURE
THEY'RE HERE A.S.A.P
Quick Facts

Romanian Celebrities
Male Leaders
Aquarius Leaders
Romanian Leaders
Aquarius Men
Childhood & Early Life
Nicolae Ceaușescu was born on 26 January 1918 in the village of Scornicești, Olt County. His father, Andruță Ceaușescu was a farmer who also worked as a tailor in his spare time to supplement his income; he was also an abusive alcoholic. Nicolae was one of the ten children in his family.
He received his primary education from the village school where he studied until he was 11. Tired of his abusive father, he ran away from home and went to live with his sister.
As a teenager, he became an apprentice shoemaker in the workshop of Alexandru Săndulescu. His master was an active member in the Communist Party which was then illegal. Soon Ceaușescu too became involved in the activities of the Communist Party which he joined in 1932.
Continue Reading Below
You May Like

Who Is The Most Popular BTS Member?
Career
His involvement in the party’s activities increased manifold over the years and by the mid-1930s he had been arrested numerous times and had participated in missions in Bucharest, Craiova, Câmpulung, and Râmnicu Vâlcea.
By this time he was named "a dangerous Communist agitator" and "distributor of Communist and antifascist propaganda materials" and was convicted by the Brașov Tribunal to two years in prison, an additional six months for contempt of court, and one year of forced residence in Scornicești in 1936.
He was released in 1940 though he was arrested again and sentenced for "conspiracy against social order". After spending time in prisons at Jilava, and Văcărești, he was transferred to Târgu Jiu internment camp where he shared a cell with Gheorghe Gheorghiu-Dej, a well-known communist activist who took Nicolae Ceaușescu as his protégé.
He served as the secretary of the Union of Communist Youth in 1944–45 after the World War II.
In 1947, Gheorghiu-Dej and Prime Minister Petru Groza forced King Michael to abdicate, and Gheorghiu-Dej seized power in Romania. He appointed Ceaușescu as the head of the ministry of agriculture.
Being a trusted associate of the leader, he was promoted to the post of a major-general and he became the deputy minister of the armed forces under the Gheorghiu-Dej regime.
He became a member of the Central Committee in 1952, again at the behest of his mentor. By 1954 he became a full member of the Politburo and eventually rose to occupy the second-highest position in the party hierarchy, holding important posts in the Politburo and the Secretariat.
Gheorghiu-Dej died on 19 March 1965, leading to internal conflicts within the Politburo regarding the succession to leadership. Three days after Gheorghiu-Dej's death, Nicolae Ceaușescu was elected General Secretary of the Romanian Communist Party.
Upon assuming power he declared the country a socialist republic rather than a people's republic. Within two years, he consolidated his power and became the President of the State Council, thereby becoming the de jure head of state.
Initially he became popular for openly challenging the dominance of the Soviet Union over Romania and for his independent foreign policy. He eased press censorship and ended Romania's active participation in the Warsaw Pact.
In 1974, he elevated the presidency of the State Council to a full-fledged executive presidency, thus creating the office of President. First elected to this post in 1974, he would be reelected every five years until 1989.
During the 1980s his popularity began to wane as he became increasingly dictatorial and implemented policies that severely restricted the personal freedom of the people. His export policies led to domestic shortages of basic necessities like food, medicines, and fuel and the living conditions of the Romanians declined considerably.
Soon the citizens began to rebel against his repressive regime, giving rise to the Romanian Revolution in 1989. The violent revolution finally succeeded in overthrowing his government in December the same year.
Personal Life & Legacy
He met Elena Petrescu in 1940 and was immediately attracted to her. She too reciprocated his feelings but their relationship was interrupted by Ceaușescu's frequent stints in prison. The couple ultimately got married in 1946 and had three children. Elena would play a significant role in her husband’s political life and the two would remain deeply in love till the very end.
After the collapse of his regime, Nicolae Ceaușescu and his wife Elena fled the capital with Emil Bobu and Manea Mănescu in a helicopter. But they were captured and tried before a kangaroo court convened on orders of the National Salvation Front, Romania's provisional government. Both Nicolae and Elena were sentenced to death and were executed by a gathering of soldiers on 25 December 1989.
You May Like

See the events in life of Nicolae Ceaușescu in Chronological Order