Advanced Search
Molly Christine Jackson is a young American TV actress, who rose to fame with the television shows ‘FTS Kids News’, ‘About a Boy’, and particularly ‘The Magnificent Life of Meg’, where she played the lead role of Meg. She debuted on the small screen with a guest appearance as Little Stephanie in the TV show ‘Victorious’ at the age of nine. In the same year, she appeared in the TV Series ‘The Tonight Show’ as well. The young actress made her way into her film career with ‘Circle’, where she played the innocent child Katie. Since she was four, she would sing and put up plays at her parents’ parties. Seeing her love for performing, she was enrolled at a local theater by her mother. Besides acting in TV, film, and theater productions, she also does voiceovers. Molly is a popular social media personality as well; she used to post humorous videos on her Vine account. She was also featured in a number of short films including ‘What Comes After’, ‘These Dreams of You’, ‘Visions’, and ‘Hear Me Roar.’ Nastassja Kinski
DID WE MISS SOMEONE?
CLICK HERE AND TELL US
WE'LL MAKE SURE
THEY'RE HERE A.S.A.P
Quick Facts

American People
German People
German Women
German Actresses
American Actresses
Sagittarius Actresses
Career
When Molly Christine Jackson was nine, she made a guest appearance as Little Stephanie in one episode of the Nickelodeon comedy series ‘Victorious’ in 2010. In the same year, she appeared in theNBC Series ‘The Tonight Show’ with Jay Leno. She also appeared in the TV shows ‘FTS Kids News’ and ‘About a Boy’.
Then she bagged one of the lead roles in the series ‘The Magnificent Life of Meg’ in 2015, in which her performance was acclaimed. She was also cast in the recurring role of Iris in ‘Andi Mack’. Other TV series that she had appeared in include the Nickelodeon show, ‘Nicky, Ricky, Dicky & Dawn’, ‘Game Shakers’, and Netflix's ‘American Vandal’.
After performing in a number of short films like ‘Penny for Your Thoughts’, ‘What Comes After’, ‘These Dreams of You’, ‘Visions’, and ‘Hear Me Roar’, she bagged a significant role in the 2015 sci-fi-thriller film ‘Circle’. She played the role of a scared and nervous child who is shocked at the selfishness of the adults. In 2017, she did a supporting role in the TV series ‘American Vandal’. Molly has also done voiceovers in the animated films ‘Inside Out’ and ‘Mr. Peabody & Sherman’.
Recommended Lists:

Actresses Who Are In Their 20s
Women Film & Theater Personalities
German Film & Theater Personalities
American Film & Theater Personalities
Continue Reading Below
Personal Life
Molly Christine Jackson was born on November 22, 2001, in Wurzburg, Germany, to an American military family. Her mother’s name is Lynette Jackson while her father’s is David. She has one sister, Hannah. Her family eventually moved to the USA and she was primarily raised in Texas. She also spent a few of her childhood years in different places in Europe, Central America and Asia.
Since the age of four, she loved entertaining people by singing and acting at her parents’ parties. Sensing her passion for acting, her mother put her in a local theater. She recently passed the California High School Proficiency Exam (CHSPE).
She is a big-time animal lover and has five dogs. When she is not working, she goes out to rescue dogs. She also likes playing the ukulele and rock climbing. She follows a vegan lifestyle.
Recommended Lists: 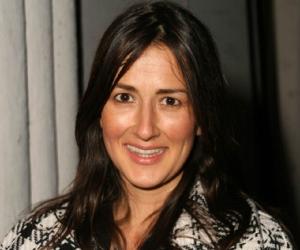