Miranda May Kerr is a popular Australian model.A well-known face in the world of fashion,Miranda embarked on a modeling career when she was in her early teens. She won a local modeling contest and realized her true calling.She then pursueda career in modeling. At the beginning of her career, she gained much popularity as a model in Australia. Miranda’s ambition to make it big in her professionencouraged her to travel to New York. This decision proved to be crucial as she went on to become one of the most popular models after visiting the USA. This beautiful lady is much-admired and popular brands often seekher for their campaigns. She has worked for brands like ‘Levi's,’‘Reebok,’‘Rock & Republic,’‘Harper’s Bazaar,’‘Blumarine,’ and ‘Veet.’Her work with the famous lingerie brand ‘Victoria’s Secret’ became a benchmark project in her career. She follows a strict dietary and exercise regime which keeps her fit and gorgeous. She has appeared on the cover of famous magazines and has won many accolades as a model. Teresa Palmer
DID WE MISS SOMEONE?
CLICK HERE AND TELL US
WE'LL MAKE SURE
THEY'RE HERE A.S.A.P
Quick Facts

Also Known As: Miranda May Kerr

Australian People
Business People
Australian Women
Taurus Models
Female Models
Childhood & Early Life
Miranda May Kerr was bornon 20 April 1983, in Sydney, Australia, to John Kerr and Therese Kerr. She grew up in the Gunnedah town of New South Wales. She has a brother named Matthew.
TheKerrs shifted to Brisbane in order to expose Miranda and Matthew to city life. There, she enrolled at ‘All Hallows’ School’ from where she completed her graduation in 2000. Her subjects were health psychology and nutrition. 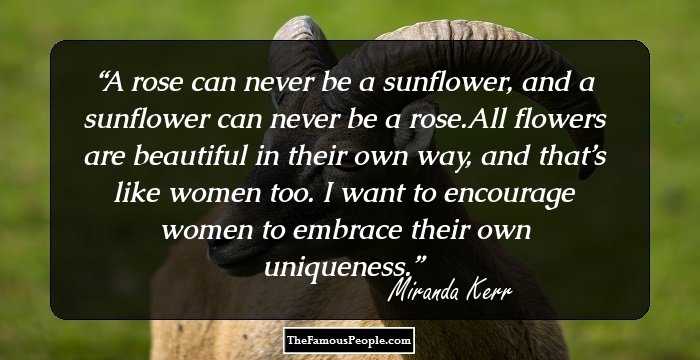 Quotes: Never, Like, Women, Beautiful, I
Continue Reading Below
Career
During her early teens, she emerged as a winner at the ‘Dolly Magazine’ modeling competition. She then began her modeling career and signed a contract with the Australian clothing company ‘Billabong.’
After earning fame as a model in Australia, she moved to New York in 2004, where she co-owned the music venue ‘Bowery Ballroom,’ located in Manhattan. She also became part of the runway modeling scene and then signed a contract with the popular modeling agency ‘NEXT Model Management.’
This catapulted her to fame as she started working with major brands like ‘Nicola Finetti,’ ‘Alex Perry,’ ‘L.A.M.B.,’ ‘Baby Phat,’ ‘Bettina Liano,’ ‘Heatherette,’ ‘Blumarine Swimwear,’ ‘Neiman Marcus,’ ‘Rock & Republic,’ and ‘Levi's.’
She was also signed for print media by renowned magazines, such as ‘Australian Vogue,’ ‘Elle,’ and ‘Harper’s Bazaar.’ She also appeared intelevision ad-campaigns for brands,such as ‘Bonds,’ ‘Veet,’ and ‘Portmans.’
She was seen in the reality show ‘Project Runway’ where she modeled for the clothes designed by one of its contestants, Daniel Vosovic.
Her first modeling assignment in the United States was with ‘Maybelline New York.’ This advertisement featured in many fashion magazines, such as ‘Elle,’ ‘Cosmopolitan,’and ‘CLEO.’ It also featured in the catalogues of the biggest American lingerie brand ‘Victoria’s Secret.’
She appeared in Kanye West and Pharrell’s music video ‘Number One’ along with several other models of ‘Victoria’s Secret’ and ‘NEXT.’
In 2007, she signed a contract with ‘Victoria’s Secret,’ becoming the first Australian to do so. Becoming a ‘Victoria’s Secret Angel’ gave an immense boost to her career in the fashion industry. She also replaced AlessandraAmbrosio as the face of ‘PINK.’For four consecutive years, she was seen on the television version of ‘Victoria’s Secret’ runway shows which were telecast in as many as four continents.
She then signed a contract with the clothing retailer brand ‘Arden B.’ which is based in California. She filmed ad-campaigns for this brand for the spring, summer, and winter season. Her photographer during these campaigns was Diego Uchitel.
Continue Reading Below
This gorgeous model also appeared in the television series ‘How I Met Your Mother’ along with fellow models Marisa Miller, Adriana Lima, Alessandra Ambrosio, SelitaEbanks, and Heidi Klum.
She worked with the cosmetic and skincare brand ‘Clinique.’ She also signed a contract with ‘David Jones’ (DJs), which is an Australian-based departmental store chain.
In 2009, she worked with the American clothing brand ‘XOXO.’ She then parted ways with ‘NEXT Model Management’ agency to collaborate with ‘IMG Models,’ which tops the international model management agency list.
She participated in the year’s annual fashion show organized by ‘Victoria’s Secret.’‘KORA Organics,’ her skincare products brand, was also created the same year.
She posed undressed for ‘Rolling Stone Australia’ magazine in an attempt to bring everyone’sattention to the endangered species of koalas in June 2009.
In 2010, she published herself-help book‘Treasure Yourself,’ which was intended for teenage girls. The same year, she was featured in ‘Pirelli Calendar.’ The photographs for the calendar were clicked by fashion photographer Terry Richardson in Bahia, Brazil.
She was also chosen by fashion designers and casting directors Nicolas Ghesquière and Ashley Brokaw to feature in the spring runway show of French fashion house ‘Balenciaga.’
She also walked the ramp for the 2010 winter collection of ‘Prada.’Later on, she did ad-campaigns for companies like ‘Prada’ and ‘Jil Sander.’ She also appeared on the cover page of ‘Vogue’ magazine’s Italian edition.
After becoming pregnant, she posed for ‘Vogue’ magazine’s Australian edition,becoming the first pregnant model to do so. She resumed modeling in March 2011, two months after delivering her child. She walked the ramp for ‘Balenciaga’ during the ‘Paris Fashion Week.’
Continue Reading Below
In 2012, she became the ambassador of ‘Qantas Airways Limited.’ The same year, she signed a contract with the fashion company ‘Samantha Thavasa’ and appeared in the ad-campaign of ‘Malissa,’ a brand produced by this company.
The same year, she was also signed by the clothing design company ‘Mango.’ She succeeded model Kate Moss and modeled for the company’s 2013 spring/summer campaign.
In 2013, her contracts with ‘David Jones’ and ‘Victoria’s Secret’ ended, and the contracts were not renewed. The same year, she worked for ‘Swarovski’ and also appeared in the first national campaign of the website ‘ShopStyle.’ She also worked with major brands, such as ‘H&M,’ ‘Reebok,’ and ‘Wonderbra.’
In April 2014, she released her first single, a cover of Elvis Presley’s ‘You’re The Boss,’ featuring crooner Bobby Fox. She was among the 50 models featured on the September cover of ‘Vogue Italia,’ celebrating the magazine’s 50th anniversary.
Kerr was named by ‘Forbes’ as thethird-highest earning model in 2014; she has an estimated net worth of $7 million. As the face of ‘Swarovski,’ Miranda designed a jewelry line for the brand.
Her January/February 2016 cover for the Australian edition of‘Harper’s Bazaar’caused anuproar for its tagline, ‘What Lies Beneath.’ It was soon pulled off stores.
After opening Jeremey Scott’s Resort 2017 show for ‘Moschino,’ she appeared as a guest mentor in the tenth season of ‘Australia’s Next Super Model.’ The same year, she also featured in a commercial for ‘Buick.’
Alongside celebrities like Jennifer Connelly, Doona Bae, Jaden Smith, and Catherine Deneuve, she appeared in a video campaign titled ‘Connected Journeys’ for Louis Vuitton’s launch of ‘Tambour Horizon’ smartwatch. 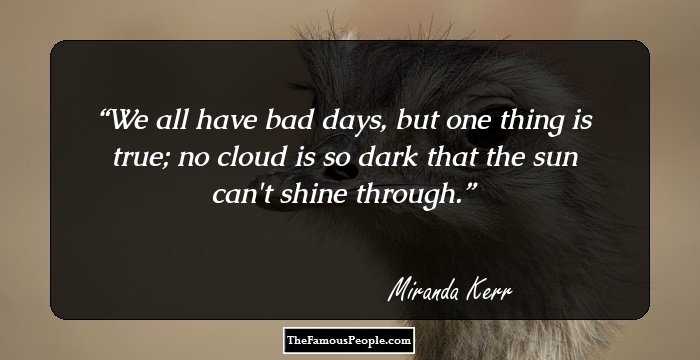 Continue Reading Below
Major Works
In 2007, she was chosen to model for the major lingerie brand ‘Victoria’s Secret.’ This became a benchmark project in her modeling career. She is the first Australian model to be named a ‘Victoria’s Secret Angel.’
Awards & Achievements
From 2009 to 2014, she was featured successively in ‘FMH’ magazine’s list of ‘100 Sexiest Women.’
In 2012, she was named ‘Sexiest Woman Alive’ by ‘Esquire’ magazine’s U.K. edition. 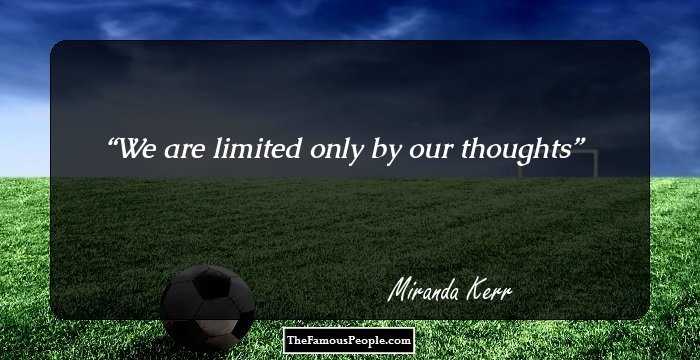 Personal Life & Legacy
In 2003, she started a relationship with Australian model Jay Lyon who was also a member of the Australian musical group ‘Tamarama.’Their relationship ended after four years.
After a courtship of about three years, Miranda and British actor Orlando Bloom married in 2010. The couple was blessed with a son whom they named Flynn Christopher Blanchard Copeland Bloom.
In 2013, the news of their separation was made public.Soon after, Miranda and Orlando Bloom separated.
Two years later, she started dating billionaire CEO and co-founder of Snapchat, Evan Spiegel. They got married in May 2017 and the beautiful bride wore a dress inspired by actress Grace Kelly and designed by Maria GraziaChiuri.
The couple is blessed with two children. Their first son Hart Spiegel was born in 2018 and their second son was born in October 2019.
She leads a healthy lifestyle. She follows a strict healthy diet and practices yoga.
Trivia
She claims that coconut oil is one of the reasons behind her flawless skin and healthy hair.

Quotes By Miranda Kerr | Quote Of The Day | Top 100 Quotes

See the events in life of Miranda Kerr in Chronological Order 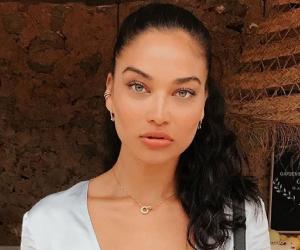