Orlando Bloom is a British actor, known for his roles in ‘The Lord of the Rings’ and ‘Pirates of the Caribbean’ film series. Though he began his career with minor roles in feature films, he soon started hogging the limelight with his portrayal of the elf prince ‘Legolas’ in ‘The Lord of the Rings’ film series. Subsequently, he appeared in popular films, including the ‘Pirates of the Caribbean’ series, ‘Troy,’ and ‘New York, I Love You’ among others. His performances earned him appreciation, and he was offered leading roles in films like ‘Kingdom of Heaven.’ Apart from feature films, he also showcased interest in exploring theatre, and gave his debut stage performance at the ‘Duke of York's Theatre,’ London in 2007. He also has a Broadway performance to his credit, as he played the lead role of ‘Romeo’ in ‘Romeo and Juliet.’ Thanks to his stellar performances on screen, Orlando Bloom has received several awards and accolades, including ‘Screen Actors Guild Awards,’ ‘National Movie Awards,’ and ‘Broadcast Film Critics Association Awards.’ Apart from his acting career, Bloom has been actively involved in various humanitarian causes, and was named a ‘UNICEF Goodwill Ambassador’ in 2009. British People
British Men
British Actors
Capricorn Actors
Actors Who Are In Their 40s
Childhood
Orlando Jonathan Blanchard Bloom was born on 13 January 1977, in Canterbury, Kent, United Kingdom. His mother Sonia ran a foreign language school. Her husband was the Jewish South African-born anti-Apartheid novelist Harry Saul Bloom, whom Orlando believed to be his father. He also has a sister named Samantha Bloom.
When he was 13 years old, his mother revealed to him that his biological father was Colin Stone, the then-principal of ‘Concorde International language school.’
He was raised in the Church of England, and attended ‘St Peter's Methodist Primary School.’ He was later transferred to ‘King's School’ and then to ‘St Edmund's School’ in Canterbury. During his childhood, he was discovered to be dyslexic.
Orlando Bloom was encouraged to pursue drama and arts by his mother. In 1993, he moved to London to take up a two-year course in drama, photography, and sculpture at ‘Fine Arts College.’ He also enrolled at the ‘National Youth Theatre,’ and earned a scholarship to train at the ‘British American Drama Academy.’
He took up some professional acting projects prior to attending the ‘Guildhall School of Music and Drama’ in London to study acting. He graduated in 1999. 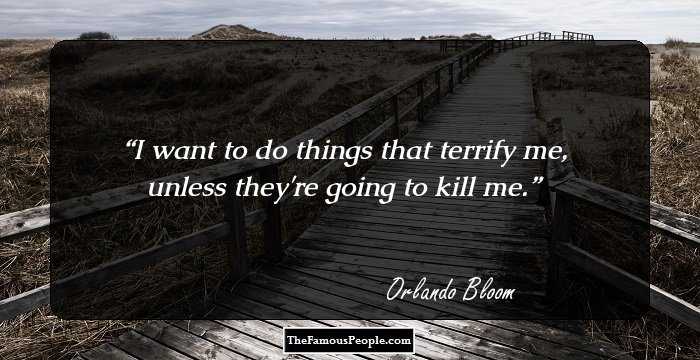 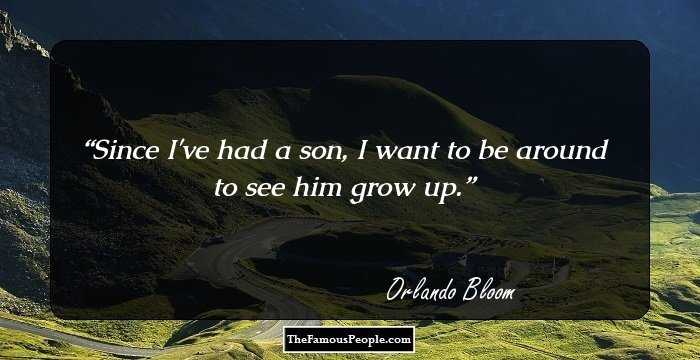 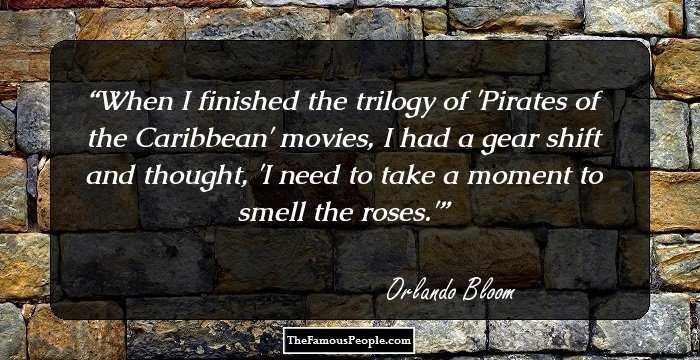 Personal Life & Legacy
Orlando Bloom practices Buddhism under ‘Soka Gakkai International.’ He became a full member of the UK branch of ‘Soka Gakkai International’ in 2004.
He enjoys activities like mountain bike riding and yoga.
Continue Reading Below
He adopted a black Saluki mix dog from Morocco and named him Sidi.
Between 2003 and 2006, he was involved in an on-again, off-again relationship with Kate Bosworth.
In 2007, he began dating model Miranda Kerr. The couple got engaged in June 2010 and married a month later. They had a son, whom they named Flynn Christopher Bloom, in January 2011. In 2013, Bloom and Kerr announced that they had parted ways. They eventually got divorced in late 2013.
In 2016, he started a relationship with singer Katy Perry. However, they parted ways by March 2017. Bloom and Perry got back together in 2018 and got engaged in February 2019.
He has sustained multiple injuries during his career. He fractured his legs, right wrist, and left arm in separate incidents. He has also cracked his skull thrice, and broken his ribs and back.
Humanitarian Works
Orlando Bloom has been associated with several organizations for humanitarian causes. Since the early-2000s, he has been a part of the environmental company ‘Global Green.’
In 2009, he participated in the Australia Unites' fundraiser to contribute to the victims of the 2009 Australian bushfires. Also in 2009, he was named a ‘UNICEF Goodwill Ambassador.’ He has been supporting the sanitation and education initiatives of ‘UNICEF’ since 2007.
Trivia
Orlando Bloom is known to have two tattoos on his body; a tattoo of the Sun on his lower left abdomen and a tattoo of the Elvish word ‘nine’ on his right wrist.

Quotes By Orlando Bloom | Quote Of The Day | Top 100 Quotes

See the events in life of Orlando Bloom in Chronological Order