Levi Miller is an Australian actor and model, best known for playing ‘Peter Pan’ in the Hugh Jackman-starrer ‘Pan’ in 2015. His acting career started after he won a drama competition with a ‘Peter Pan’ monologue. He also regularly appeared in various Australian commercials. In 2010, he made his film debut as ‘Lavi’ in the short film ‘Akiva.’ He then appeared in films such as ‘A Heartbeat Away’ (2011) and ‘Great Adventures’ (2012), before playing the career-defining role of ‘Peter Pan’ in ‘Pan.’ He has also appeared in films such as ‘Better Watch Out’ (2016), ‘Red Dog: True Blue’ (2016), ‘Jasper Jones’ (2017), and ‘A Wrinkle in Time’ (2018). His portrayal of the 12-year-old ‘Luke’ in the psychological thriller ‘Better Watch Out’ was highly appreciated by film critics. His notable TV roles include that of a child named ‘General Philbrick’ in ‘Terra Nova’ in 2011 and that of ‘Carter Grant’ in an episode of ‘Supergirl’ in 2015. Levi is also a child model of ‘Ralph Lauren’ and has modeled for various other brands earlier. The actor is only 15 years old and is fully focused on his already-flourishing acting career. 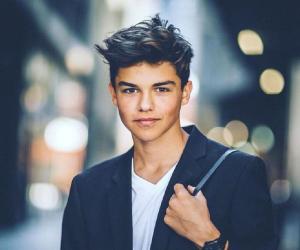 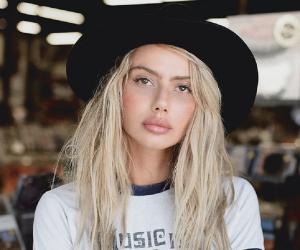 Australian People
Australian Men
Libra Actors
Male Models
Libra Models
Childhood & Early Life
Levi Zane Miller was born on 30 September, 2002, in Brisbane, Queensland, Australia. His mother, Meg, divorced his father shortly after Levi’s birth.
Not much is known about his father. His mother raised Levi and his two sisters, Brittany and Tiarnee, as a single parent.
She worked as a nurse to support her children, but after Levi’s acting career started, she quit her job to support her son and his sisters. Living in an inner suburb in Australia, Levi always had a penchant for acting.
He had never dreamed of becoming famous but was charmed by his sisters’ dreams of becoming models. Soon, Levi began following in his sisters’ footsteps and started attending auditions, mostly because he did not want to feel left out.
Levi is still in school. He attends a local school that is close to his house.
Although he does not attend his classes regularly, he sends his homework and projects to his teachers through mail.
Continue Reading Below
You May Like

The Sexiest Men Of 2020, Ranked
Early Career
Miller was only 5 years old when he started modeling. The blue-eyed boy soon caught the attention of producers and started appearing in various Australian commercials.
His talent was noticed when he won a drama competition with a ‘Peter Pan’ monologue at the age of 6. Following this, a number of opportunities came his way.
With time, he started receiving plenty of invitations to appear in commercials.
Career
In 2010, he bagged the role of ‘Lavi’ in the short film ‘Akiva.’ The drama film, directed by Katrina Irawati and produced by Eliot Rifkin, starred Bevan Burnes, David Clendenning, and Emma Dindas.
In 2011, he appeared in the Australian musical comedy ‘A Heartbeat Away.’ The film was a commercial and critical failure, but it proved to be a turning point of his career.
The same year, he made his TV debut as a guest star in the short-lived series ‘Terra Nova.’ He played the role of ‘General Philbrick’ in the film.
In 2012, he appeared in another short film, ‘Great Adventures,’ in which he played young ‘Billy.’ He received his breakthrough with the role of ‘Peter Pan’ in the 2015 film ‘Pan,’ which also starred Hugh Jackman, Garrett Hedlund, and Amanda Seyfried.
He was chosen from thousands of boys who had auditioned for the role. He later revealed that he was having dinner with his family when he received the call confirming his selection.
The fantasy film, directed by Joe Wright, served as a prequel to ‘Peter and Wendy,’ written by Scottish author J M Barrie, which narrated the original story of ‘Peter Pan’ and ‘Captain Hook.’
Continue Reading Below
The movie showed ‘Pan’ being taken to a magical realm beyond space and time called Neverland. The film was about ‘Pan’s adventures in Neverland and his quest for his mother.
The movie was a box-office failure, but it was important for Levi because it was his first lead role. The same year, he appeared in the TV series ‘Supergirl.’
He played ‘Carter Grant’ in the fifth episode of the first season of the series. In 2016, he starred in the psychological thriller ‘Better Watch Out.’ The series featured him as ‘Luke,’ a 12-year-old boy in love with his babysitter ‘Ashley,’ played by Olivia DeJonge.
Levi’s performance in the film was highly appreciated by film critics. The same year, he appeared as ‘Mick’ in the Australian comedy ‘Red Dog: True Blue.’
The film also starred Jason Isaacs and Bryan Brown and was a prequel to the 2011 film ‘Red Dog.’ Levi also learned to ride a bike for the film.
In 2017, he starred in ‘Jasper Jones,’ a film based on the novel of the same name by Craig Silvey. The film featured ‘Levi’ as ‘Charlie Bucktin,’ a 14-year-old boy,
The mystery drama received positive reviews from both critics and audiences. In 2018, he played ‘Calvin O’Keefe,’ classmate of ‘Meg Murry,’ played by Storm Reid, in the American fantasy film ‘A Wrinkle in Time.’
The film starred Oprah Winfrey, Reese Witherspoon, Mindy Kaling, Chris Pine, and Deric McCabe in main roles. The film received mixed reviews and was a box-office failure.
Other Major Works
Miller has also worked as a model for various brands. In 2015, he was named the ambassador for ‘Polo,’ the ‘Ralph Lauren’ kids’ fall campaign.
Personal Life
Miller is young and completely focused on his career. He is not dating anyone currently and does not want any distractions in his growing career.
He loves playing soccer in his free time and enjoys watching ‘Premier League’ matches.

See the events in life of Levi Miller in Chronological Order 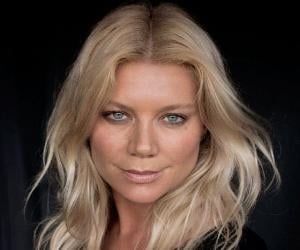