Michael J. Fox is a Canadian-American actor, author, and producer. Afflicted with Parkinson's disease at the peak of his career, he is also active in advocating a cure for the disease. Belonging to a small Canadian city, he realized his passion for acting at a very young age. He dropped out of college at the age of 18, moved to Los Angeles, USA, and very soon became a teen icon. He established himself not only as a teen icon but also as a full-fledged adult actor as the years went by. With a career spanning over 30 years, he has become a well-known face in primetime television and also on the big screen. He has many accolades and awards to his name, including Emmy, Golden Globe, and Screen Actor Guild awards. When he got diagnosed with Parkinson’s disease in 1991, it was not the end of Fox’s career; rather it spurred him to work even more and eventually he also turned into an activist and advocate for research towards finding a cure. He created the renowned Michael J. Fox Foundation to help people fighting Parkinson’s disease; the foundation is today hailed as "the most credible voice on Parkinson's research in the world". Fox was made an Officer of the Order of Canada in 2010. Tom Cruise
9th June In History
DID WE MISS SOMEONE?
CLICK HERE AND TELL US
WE'LL MAKE SURE
THEY'RE HERE A.S.A.P
Quick Facts

American People
Directors
T V & Movie Producers
American Men
Gemini Actors
Childhood & Early Life
Michael Andrew Fox was born on June 9, 1961 in Alberta (Canada) to William Fox, a police officer and Canadian Forces member, and Phyllis, an actress and a payroll clerk. He had a big family which included a brother and three sisters, and he was the fourth sibling.
Owing to his father’s career in the army, the family kept moving from one city to another, till they finally settled in Burnaby, British Columbia (Vancouver) in 1971 post his father’s retirement.
As a child, he loved ice hockey and wanted to carve a niche for himself in the National Hockey League; however his small stature was proving to be a hindrance. During his teens, he started developing an affinity towards art, music (played guitar) and acting. 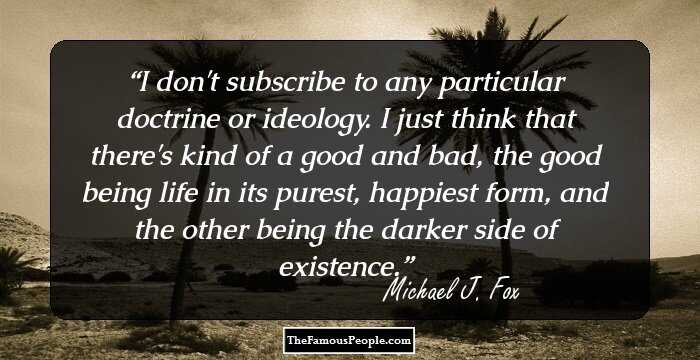 Continue Reading Below
Career
Michael Andrew Fox’s love for acting was so strong that at the age of 15 he auditioned for a Canadian television series ‘Leo and Me’ produced by Canadian Broadcasting Corp (CBC), and got the part as well. He continued to do roles in local theatre and sitcoms along with roles in American movie shootings in Canada for the next three years.
At the age of 18, he moved to Los Angeles and dabbled in small roles before getting his major break in NBC’s popular TV series ‘Family Ties’ as Alex P.Keaton (1982-1989). He continued to be a popular name during his seven-year stint with the series which led him to three Emmy Awards and one Golden Globe. At around this time, he adopted the screen name “Michael J. Fox.”
On the big screen too, he created a mark for himself, and was much appreciated for his role as Marty McFly in Robert Zemeckis’s film ‘Back to the Future’ (1985). It was a huge success and led to the making of its sequels in 1989 and 1990.
Fox went on to become a teen icon with his continuous streak of roles in other movies like ‘Teen Wolf’(1985) , the rock-oriented ‘Light of Day’ (1987), and the comedy ‘The Secret of my Success’ (1987). He also earned praise and acclaim in the Vietnam saga ‘Casualties of War’ (1989).
He was diagnosed with Parkinson’s disease around this time. However he continued to act and starred in ‘Doc Hollywood’ (1991), ‘For Love or Money’ (1993), ‘Life with Mikey’ (1993) and ‘Greedy’ (1994) after his diagnosis.
Gary David Goldberg, the creator and executive producer of ‘Family Ties’ continued his collaboration with Fox and started a show called ‘Spin City’ starring him in 1996, delighting the audience with the return of its favorite TV actor to primetime.
Fox’s role as Frank Bannister in Peter Jackson’s ‘The Frighteners’ (1996) was his last major film role and received much critical praise.
He did voiceovers for various movies including ‘Homeward Bound: The Incredible Journey’ and its sequel ‘Homeward Bound II: Lost in San Francisco’, ‘Stuart Little’ and ‘Atlantis: the Lost Empire’.
Over the years Michael J. Fox has done guest appearance in the TV Series ‘Scrubs’ (2004), ‘Boston Legal’ (2006), ‘Rescue Me’ (2009) , and ‘The Good Wife’ (2002), earning him numerous Emmy nominations and wins.
Continue Reading Below
He has authored three books, ‘Lucky Man: A Memoir’ (2002), ‘Always Looking Up’ (2009) and ‘A Funny Thing Happened on the Way to the Future’ (2010) depicting his struggles with Parkinson’s disease and how to cope with it. 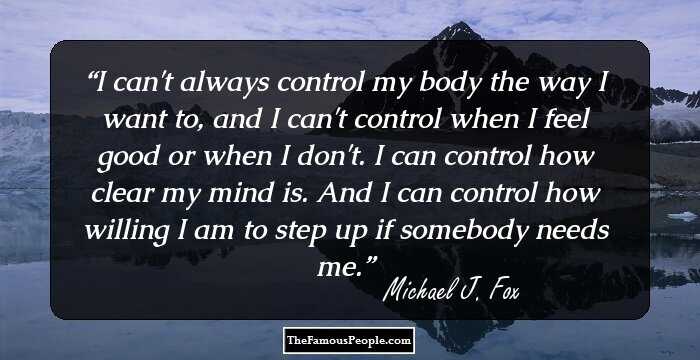 Major Works
Michael J. Fox is best known for his role in the popular series ‘Family Ties’ (1982-89) and ‘Spin City’ (1996–2000). While the former established him as an actor with versatile gifts, the latter led him to massive fame and success.
His role as Marty McFly in Robert Zemeckis’s ‘Back to the Future’ movie trilogy was also much appreciated by the audience and also won him several accolades.
He has been an active member of the society and has become an iconic model for the fight against Parkinson’ disease. He established the Michael J. Fox Foundation for Parkinson's Research for finding a cure for the disease and to enable those suffering from it to live a dignified life.
Awards & Achievements
Michael J. Fox won the Primetime Emmy Award for Outstanding Lead Actor in a Comedy Series thrice for ‘Family Ties’ (1986, 1987, and 1988) and once for ‘Spin City’ in 2000.
He won the Golden Globe award for Best Actor in a TV-Series — Comedy/Musical for ‘Family Ties’ (1989), and ‘Spin City’ (1998, 1999, and 2000).
In 2002, he was honored with a star on the 7021 Hollywood Walk of Fame. 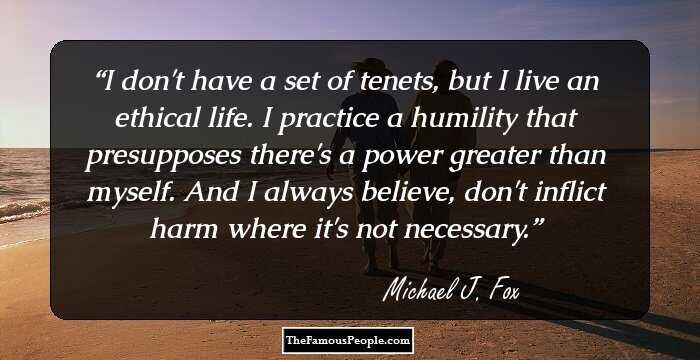 Quotes: Believe
Personal Life & Legacy
Michael J. Fox married his ‘Family Ties’ co-star Tracy Pollan on July 16, 1988 and has four kids.
In 1991, he was diagnosed with Parkinson’s disease. In 1998, he went public with his diagnosis and founded the Michael J. Fox Foundation.
Trivia
His actual name was ‘Michael Andrew Fox’. However he did not like the sound of “Andrew” nor the abbreviated “A” and so he changed his middle initial to ‘J’ as homage to actor Michael J. Pollard.

See the events in life of Michael J. Fox in Chronological Order