Michael B. Jordan is a popular American actor known for his remarkable performance in movies such as ‘Fruitvale Station’, ‘Hardball’, and ‘Creed’. Jordan also earned widespread acclaim for starring in TV series ‘The Wire’, ‘Friday Night Lights’ and ‘Parenthood’. Jordan, who during his growing up years had appeared in commercials for some well-known firms, had not seriously thought about becoming an actor. He debuted as an actor when he was all of twelve years by briefly appearing in the movie, ‘Black and White’ and in single episodes of the TV serials, ‘The Sopranos’ and ‘Cosby’. His first major break was bagging a decisive role in the movie Hardball. However, he was catapulted into national limelight when he was selected to portray Wallace in the opening season of the HBO crime drama series, ‘The Wire’. He firmly established his acting credentials by starring in numerous TV series, prominent amongst them being ‘All My Children’, ‘The Assistants’, ‘Friday Night Lights’, and ‘Parenthood’. He has also buttressed his position on the silver screen through his impressive performance in the movies, ‘Fruitvale Station’, ‘Fantastic Four’, ‘Red Tails’, ‘Creed’, ‘Pastor Brown’ and ‘Blackout’. Quotes By Michael B. Jordan Actors

American People
T V & Movie Producers
American Men
California Actors
Tall Celebrities
Childhood & Early Life
Michael B. Jordan was born on 9 February 1987, in the city of Santa Ana under Orange County in California. His father, Michael A. Jordan was a caterer while his mother, Donna Davis Jordan served as a career counselor in a high school and was also an artist.
He has two siblings, elder sister Jamila and younger brother Khalid.
He spent the first two years of his life in Santa Ana and thereafter his family relocated to Newark, New Jersey. He went to the same school his mother was employed- Newark Arts High School. He excelled in sports, especially in basketball.
Jordan, after attaining professional success, revealed in an interview that growing up in Newark proved to be enormously struggling as he recalled having buddies who were into carjacking and drug peddling. He added that he received huge support and encouragement from his parents which kept him on the righteous path.

At age of ten, he appeared in commercials for the print media and thereafter he received several offers to feature in advertisements of renowned companies, meant for the electronic/digital media. He was featured in commercials of Toys “R” Us and Modell’s Sporting Goods. 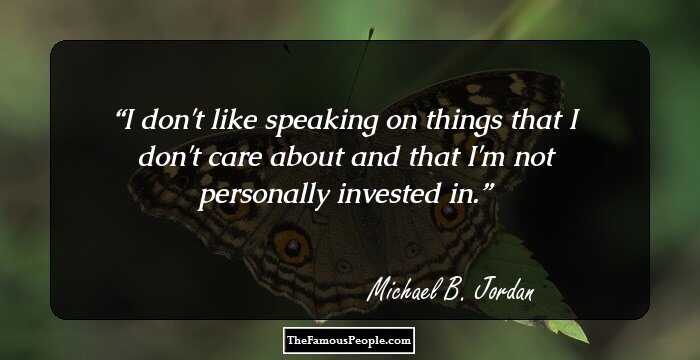 Continue Reading Below
The Formative Years
Landing a small part in the 1999 crime drama movie, ‘Black and White’ where he appears as a teenager for a very brief moment was Michael’s first big screen role. He debuted on the small screen in the same year appearing fleetingly in one episode each of ‘Sopranos’ and ‘Cosby’.
Michael’s acting career received a shot in the arm when he successfully auditioned to portray ‘Jamal’ in the 2001 comedy-drama sports film, ‘Hardball’ sharing screen space with Keanu Reeves and Diane Lane.

In 2002, he impressed with his brilliant portrayal of Wallace in the HBO series, ‘The Wire’. Though he starred in only 13 episodes of ‘The Wire’ in its debut season, his riveting performance ensured that he kept receiving work offers on a consistent basis. He starred as Reggie Porter Montgomery in 59 episodes of NBC’s ‘All My Children’ from 2003-2006. During this phase, he picked up four awards for his acting skills.

From 2006 through to 2009, he featured in the TV series CSI: ‘Crime Scene Investigation’, ‘Without a Trace’, ‘Cold Case’, ‘Burn Notice’ and ‘Bones’. He landed the protagonist’s role in the indie movie, ‘Blackout’ and played the role of Nate Warren in the sitcom‘The Assistants’ in a total of 13 episodes.

2009, turned out to be another breakout year for Jordan as he was selected to depict gridiron player Vince Howard in the Emmy Award winning NBC series, ‘Friday Night Lights’. He portrayed the character of Vince in the show for two seasons, 2009-10, and 2010-11, running into 26 episodes in total.

His adept depiction of Vince in Friday Night Lights paved the way for a floodgate of television and film offers in the entertainment industry. In 2010, Jason Katims, producer of Friday Night Lights chose Michael for the role of Alex in ‘Parenthood’. Michael played Alex in 16 episodes that were aired on NBC channel from 2010-11.

In 2012, George Lucas of Star Wars fame casted him in the movie ‘Red Tails’. He was also part of the lead cast in the sci-fi thriller, ‘Chronicle’ where he was one of three teenagers (Steve Montgomery) who acquire phenomenal powers. 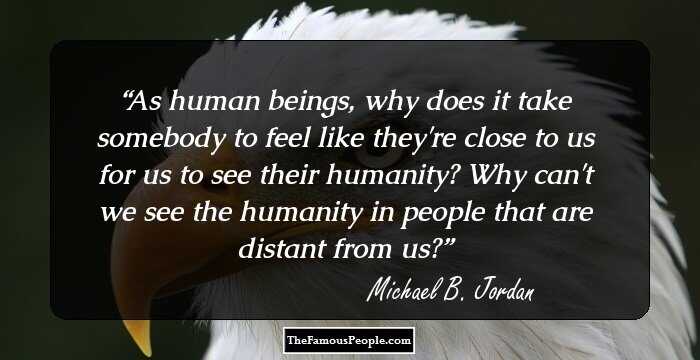 Peaking as a Film & Television Actor
Jordan demonstrated that he was an actor par excellence when immaculately enacted the lead role of Oscar Grant in the biopic ‘Fruitvale Station’ (2012). The movie which perfectly described the events that led to the slaying of Oscar Grant at Fruitvale metro station was director and scriptwriter, Ryan Coogler’s debut venture.
Continue Reading Below

Both the print and electronic media were effusive in their extolling Michael’s performance in Fruitvale Station that earned him 11 nominations and five awards. A film critic reported in ‘The Hollywood Reporter’ that Michael was reminiscent of a budding Denzel Washington. People and Variety magazines regarded him as one of the upcoming “actors to watch”.

In 2015, he starred in the superhero movie, ‘Fantastic Four’, adapted from an eponymous Marvel Comics book. The movie bombed at the box office. But, he came back with a bang with the movie 'Creed', in which he played the character of Adonis Creed. The movie ‘Creed’ was a big hit.
The unprecedented success of Creed entrenched Michael’s reputation as an accomplished actor in tinsel town. Even so, he did not choose to rest on his laurels but firmly set his sights on furthering his career with the long-term objective of making the transition from actor to director and producer.

Michael B. Jordan is slated to feature in another superhero movie ‘Black Panther’. This movie too is based on Marvel Comics book and will be directed by Ryan Coogler. The film released in 2018, and earned critical acclaim.

In 2018, he starred in a fictional dystopian telefilm, ‘Fahrenheit 451’ based on a Ray Bradbury novel of the same name where he played the lead character, ‘Guy Montag’.

In 2019, he appeared in a biographical movie named, ‘Just Mercy’ where he will play the role of Bryan Stevenson. Jordan’s other upcoming film projects include ‘Wrong Answer’, ‘The Thomas Crown Affair’ (2nd reproduction) and a precursor to ‘The Matrix’. 'Creed III,' a sequel to 'Creed II' will mark his directorial debut.

Michael Jordan is settled in Los Angeles. He is very religious by nature. He also has a philanthropic bent of mind and supports a string of charitable organizations, such as ‘Lupus LA’ and ‘Help USA’.

Michael B. Jordan started dating model Lori Harvey in November 2020. In June 2022, it was announced that the couple separated.

Michael B. Jordan started dating model Lori Harvey in November 2020. In June 2022, it was announced that the couple separated. 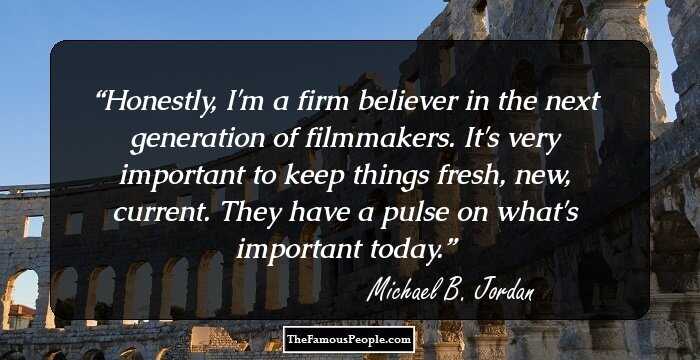 Trivia
He attended tap-dancing classes when he was a child.
Had been homeschooled for several years but nevertheless was a member of the Newark Arts High School’s basketball team
His middle name Bakari is a Swahili word signifying ‘noble promise’

Meryl Streep is his favorite actress

He took a middle name and inserted the first alphabet of the name (‘B’) so that people did not mistake him for the legendary basketball player, Michael Jordan.

See the events in life of Michael B. Jordan in Chronological Order 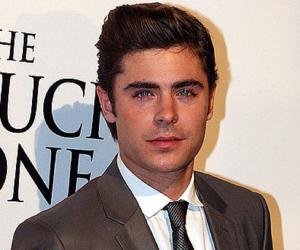 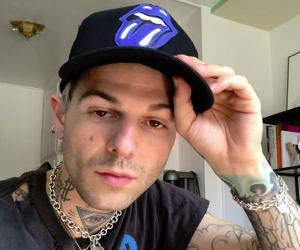