Leo Henricus Arthur Baekeland was a Belgian-American chemist well-known for his discovery of photographic paper Velox and polymeric plastic Bakelite. His creation of low-cost, incombustible and flexible plastic Bakelite that paved the way for the modernized plastic industry earned him the epithet "The Father of the Plastics Industry". Originally a Belgian, he studied in the ‘University of Ghent’ after receiving a scholarship from the port city of Glent in northwest Belgium. Post Ph.D he served at the ‘University of Ghent’ as an associate professor of chemistry. While visiting New York on a fellowship he was convinced to settle there. He joined a photographic company where he served for a few years and discovered the photographic paper Velox that consists of a gelatine silver chloride coating and can be created by artificial light. After a few years he sold the rights of the photographic paper, which by that time became a commercial success, to the ‘Eastman Kodak Company’. He ventured into many other chemical technological projects of which his discovery of Bakelite formed using phenol and formaldehyde was revolutionary. It marked the beginning of an era of plastics. After acquiring a patent of his invention he established the ‘General Bakelite Company’. During his later stage of life he sold his business to ‘Union Carbide’. 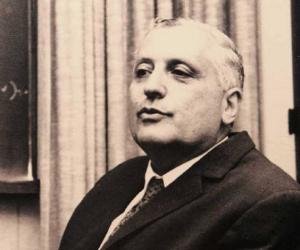 An Wang
Chemists #60
Inventors #112
Scientists #499
DID WE MISS SOMEONE?
CLICK HERE AND TELL US
WE'LL MAKE SURE
THEY'RE HERE A.S.A.P
Quick Facts

American Celebrities
Belgian Celebrities
American Men
Belgian Men
Male Chemists
Male Scientists
Childhood & Early Life
He was born on November 14, 1863, in Sint-Martens-Latem, Belgium, to Charles Baekeland and Rosalie (Merchie) Baekeland. His father was a cobbler and his mother was a housemaid.
He joined elementary school at five years of age and later joined the government high school, ‘Atheneum’. He attended evening classes at the ‘Ghent Municipal Technical School’ and studied economics, mechanics, physics and chemistry. He earned medal in all the subjects.
In 1880 after receiving a scholarship from the port city of Glent in northwest Belgium he joined the University of Ghent. In 1882 he completed his ‘Bachelor in Science’ degree. At 21 years of age he earned his PhD maxima cum laude.
Continue Reading Below
You May Like

The Most Popular US Veterans
Career
In 1887 he was appointed by the ‘Government Higher Normal School of Science’ in Bruges. He served there as professor of chemistry and physics till sometime in 1889. Meanwhile, he discovered a procedure of using water as an alternative to chemicals in developing photographic plates and patented the invention in 1887 in Belgium.
In 1889 he accepted an offer from the ‘University of Ghent’ for the post of Associate Professor of chemistry. The same year he received a travel scholarship and visited many universities in the United States and England along with his wife.
While visiting NewYork he was persuaded by Professor Charles F. Chandler of Columbia University to settle there. After deciding to stay back he sent his resignation from the post of Associate Professor of the ‘University of Ghent’. While his resignation was accepted by the Minister of Education of Belgium, he was authorised to hold an honorary title as Associate Professor of the university.
In New York he met Richard Anthony, of the ‘E. and H.T. Anthony’ photographic company who offered him a job. He joined the photographic company where he served for a couple of years.
In 1891 he settled as a consulting and research chemist. After around two years of exhaustive endeavour he discovered the photographic paper Velox that consists of a gelatine silver chloride coating and can be created by artificial light.
As recession posed a problem in finding suitable buyers and investors for the product, he joined Leonard Jacobi and set up the ‘Nepera Chemical Company’ in Yonkers, New York. After a few years in 1899, he sold the rights of the photographic paper, which by that time became a commercial success, to the ‘Eastman Kodak Company’. The deal contained a ‘non-compete clause’ that disallowed him to conduct research in photography at least for the next two decades.
With some of the sale proceeds he bought a family house ‘Snug Rock’ in North Yonkers and set up a laboratory in the house to continue with his experiments.
Since he could not research in photography he looked into new areas of research. He found that electrochemistry which was earlier restricted to the electro-deposition of some metals from aqueous solution had evolved into a prominent section of chemical industry.
His interest in electrochemistry made him visit Germany in 1900. After spending a winter at the ‘Technological Institute of Charlottenburg’ in its electrochemical laboratory, he returned to Yonkers and equipped his laboratory with electrochemical devices.
Continue Reading Below
For a short while he aided Elon Huntington Hooker and Clinton Paul Townsend in developing a production-quality electrolytic cell. For the chloralkali process he used iron hydroxide, asbestos fibre and woven cloth of asbestos filled up with a mix of iron oxide in developing an improved diaphragm cell.
His developments were prominent in setting up of the ‘Hooker Chemical Company’ in 1903 and erection of electrochemical plants at the ‘Niagara Falls’, one of the biggest such plants around the world.
In 1905 he started researching for a synthetic alternative for shellac, a natural resin created from the excretion of female lac bug. He analysed that precise control of temperature and pressure in combining phenol and formaldehyde can produce a polymer which when mixed with fillers like asbestos or wood develop into a hard mouldable plastic. Thus Bakelite was discovered, the chemical name of which is polyoxybenzylmethylenglycolanhydride.
On December 7, 1909 he obtained a patent of his invention, the Bakelite and in 1910 he established the ‘General Bakelite Company’.
The ‘Columbia University’ through a special appointment inducted him as a professor in 1917. The same year he became the Chairman of the ‘National Research Council’s’ ‘Committee on Patents’.
The documents of the County of West Chester Court House in White Plains, New York, that are present in the Smithsonian indicate that on December 16, 1919 he was granted the U.S. Citizenship.
Following a patent litigation that came in favour of Leo Baekeland, two companies namely the ‘Redmanol Chemical Products Co.’ and the ‘Condensite Co.’ were merged with his ‘General Bakelite Company’ to form the ‘Bakelite Corporation’ in 1922.
In 1924 he became the President of ‘American Chemical Society’. His other memberships include that of the ‘U.S. Nitrate Supply Commission’ and the ‘U.S. Naval Consulting Board’. For several years he remained the Trustee of the ‘Institute of International Education’.
From 1925 for a few years he remained a member of the ‘Advisory Board’ of the ‘Chemistry Division’ at the ‘U.S. Department of Commerce’.
He received several honorary doctorates including that of ‘University of Pittsburgh’ (1916), ‘Columbia University’ (1929) and ‘University of Edinburgh’ (1937).
He held several honorary positions and received many awards such as ‘Willard Gibbs Medal’ (1913), ‘Parkin Medal’ (1916), ‘Messel Medal’ (1938) and ‘Franklin Medal’ (1940).
In 1939 following his disputes with his son over several issues, he sold his business to ‘Union Carbide’ and retired. He spent the rest of his life attempting to build a tropical garden in ‘Coconut Grove’, his winter estate in Florida, which became his obsession.
Major Works
His revolutionary invention of Bakelite marked the beginning of an era of plastics. The application of Bakelite proved to be immense and varied. Some earlier products that used Bakelite include electrical devices, radios, electron tubes, car parts, billiard balls and jewellery. Later it covered many other sections of the industry.
Personal Life & Legacy
He married his professor Theodore Swarts’ daughter Céline Swarts on August 8, 1889. The couple had three children - Nina, Jenny and George.
On February 23, 1944, he succumbed to cerebral haemorrhage at a sanatorium in Beacon, NY. He was interred in the ‘Sleepy Hollow Cemetery’ in Sleepy Hollow, a village in Mount Pleasant, Westchester County, New York.
Trivia
He was bestowed with the ‘Officer of the Legion of Honor’ by France and with ‘Officer of the Order of the Crown’ and ‘Commander of the Order of Leopold’ by Belgium.
In Arkon, Ohio, he was included in the ‘National Inventors Hall of Fame’, posthumously in 1978.
Recommended Lists:
Inventors & Discoverers #173
You May Like

See the events in life of Leo Baekeland in Chronological Order