Louis Slotin was a Canadian nuclear physicist who played an important role in Manhattan Project during World War II. The Manhattan Project led to the production of the first nuclear weapons. Slotin died tragically after being exposed to radiation. He was born to Jewish immigrant parents in Winnipeg. A brilliant student throughout his academic life, he won many medals including a prize for his Ph.D. thesis. For a few years, Slotin worked at the University of Chicago. There he was part of the team that designed a cyclotron. He also contributed to the field of biochemistry by demonstrating how plant cells used carbon dioxide. He was soon picked up for the Manhattan Project where he gained a reputation for his ability to put together bombs. He was also known for being a master in handling dangerous radioactive material. During a demonstration of an experiment, an accident caused two radioactive materials to come in contact with each other setting off a chain reaction. Though the contact was brief it was lethal. Slotin had been standing too close to the radioactive material and the best medical care could not save him from the effects of radioactivity. After his death, the radioactive plutonium core that he was handling came to be known as ‘demon core’. Cause of Death: Acute Radiation Syndrome

Canadian Celebrities
Canadian Men
King's College London
Male Chemists
Male Physicists
Childhood & Early Life
Louis Slotin was born in Winnipeg, Canada on December 1, 1910. His parents, Israel and Sonia Slotin, were Jewish refugees who had fled to Canada to escape from pogroms in Russia. The Yiddish speaking family had three children and Louis was the eldest child.
The Slotin family lived in the North End neighbourhood of Winnipeg which was home to a large number of Eastern European immigrant families. Slotin studied at the ‘Machray Elementary School’ and finished his schooling from ‘St. John’s High School’. In both places, he was known for being an exceptional student.
He was only 16 when he entered the ‘University of Manitoba’ to pursue his bachelor’s degree. He won the University’s Gold Medal in both physics and chemistry. He graduated in 1932 with a Bachelor’s degree in geology and got his Master’s degree in 1933.
Slotin then got a fellowship to pursue a Ph.D. at ‘King’s College’, London. He worked under the supervision of Arthur John Allmand a specialist in electrochemistry and photochemistry. Slotin received a doctorate in physical chemistry in 1936.
Continue Reading Below
You May Like

See the events in life of Louis Slotin in Chronological Order 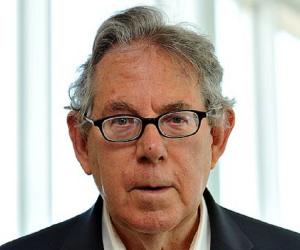