With an estimated net worth of $500 million at the time of his death, Larry Flynt was an American publisher and owner of the adult entertainment company, Larry Flynt Publications, one of the biggest names in the industry. He had survived an assassination attempt, after being shot by a gunman, as a result of which he was paralysed and had to succumb to life in a wheelchair. Over the course of many years he became embroiled in a number of controversies and legal battles, including one case over the First Amendment. He was the publisher of the Hustler magazine, which published explicit photos of a former First Lady, gaining much media hype. He was born in Magoffin County, Kentucky to an army officer, while his mother was a homemaker. He was raised in poverty and hardship and his parents got divorced when he was barely ten years old. He joined the United States Army and the Navy for a brief period and later took up a series of jobs and also ran his own bar named the Hustler Club. 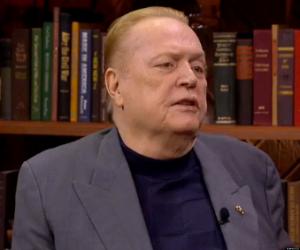 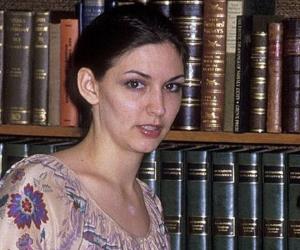 American Celebrities
American Men
American Publishers
Scorpio Entrepreneurs
American Entrepreneurs
Childhood & Early Life
Larry Claxton Flynt, Jr. was born in Lakeville, Magoffin County, Kentucky. His father Larry Claxton Flynt, Sr. was a World War II veteran and a sharecropper and his mother, Edith was a homemaker.
Until he was three, he grew up under the care of his mother and maternal grandmother, since his father was absent due to his service in the army. He had a younger sister, Judy and younger brother, Jimmy Ray Flynt.
In 1951, he lost his sister Judy to leukaemia. Soon his parents began to have problems and the next year his parents got divorced. He relocated to Hamlet, Indiana with his mother.
Life with his mother in Hamlet was not what he had imagined it to be. He did not get along with his mother’s boyfriend and strongly disliked him and hence moved back with his father in Magoffin County.
He went to the Magoffin County High School but eloped at the age of 15 and joined the United States Army using a fake certificate. He became passionate about poker during this phase of his life.
The army eventually discharged him, after which he went to Dayton, Ohio, where his mother lived and worked many jobs, including one at the General Motors Assembly Plant.
In 1960, he joined the Navy and became a radar operator abode the USS Enterprise aircraft carrier. He served in the navy for the next four years, after which he was discharged. 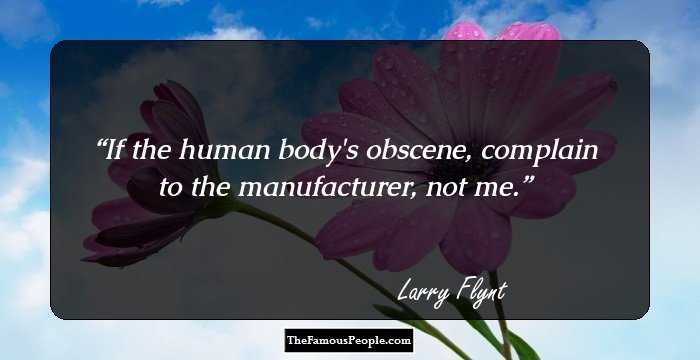 The Best Black Actresses Of All Time
Career
In 1965, he used his savings amount of $1800 to buy his mother’s bar, ‘Keewee', which was located in Dayton, Ohio. The venture was a success and he began earing $1000 per week.
After making profits from ‘Keewee', he purchased two other bars. He worked day and night in the bars, almost for 20 hours a day and often took pills to prevent him from falling asleep.
In 1968, he opened his first Hustler Club bar, which included a set of girls who were skimpily clad and nude dancers. He eventually opened branches in Akron, Cleveland, Columbus, Cincinnati, and Toledo.
He later purchased a small newspaper, ‘Bachelor's Beat', which he sold after two years. In March 1972, he came out with the ' Hustler Newsletter', a four page, black and white newsletter containing information and updates about his clubs.
The 'Hustler Newsletter’ had become immensely popular with his customers and in May 1972, he increased its number of pages to 16 and in August further increased the number of pages to 32.
After the 1973 oil crisis, the U.S economy took a down troll and hit a recession. This slowed down his business immensely and got him into serious debt. This is when he turned the ' Hustler Newsletter' into a sexually explicit magazine.
In July 1974, he published the first edition of the pornographic magazine, 'Hustler’. Initially, the magazine did not do well but within a year it began selling well, enabling him to pay off his debts.
In November 1974, 'Hustler’ published its first photo of ‘pink shots’. He had to face a lot of problems with each publication as many distribution companies found the content he published, explicit.
In August 1975, he published nude pictures of First Lady Jacqueline Kennedy Onassis, while she was sunbathing on a vacation. He had purchased the pictures from the paparazzi for $18,000.
Continue Reading Below
In 1976, he founded the Larry Flynt Publications, which specialises in the production of adult entertainment. With this he expanded his business and began many other adult magazines.
From 1986, Larry Flynt Publications began to undertake more of mainstream projects. The company eventually began producing adult movies through the Hustler Video film studio.
On June 22, 2000, he set up the Larry Flynt's Hustler Casino in Gardena, California. The California Gambling Control Commission confirmed him to be the sole proprietor of the property.
Personal Life, Legacy & Death

He married five times. His first three marriages, namely with, Mary Flynt, Peggy Flynt and Kathy Flynt resulted in a divorce. He married his fourth wife, Althea Leasure in 1976; she died at the age of 33.

In 1976, he was prosecuted on the charges of obscenity by the head of a local anti-pornography committee, Simon Leis. He was sentenced to seven to 25 years but served 6 days, after which the sentence was overturned.

In 1978, a gunman named Joseph Paul Franklin shot him and his lawyer, Gene Reeves outside a courtroom in Georgia. This permanently paralysed him in the legs, owning to which he became bound to a wheelchair and it also caused speech impediments.

In 1998, he married Elizabeth Berrios.

He got embroiled in many legal cases and controversies including the obscenity case, Miller v. California, a libel suit, Keeton v. Hustler Magazine and the Hustler Magazine v. Falwell case.

In 2008, a documentary about him titled, Larry Flynt: The Right to Be Left Alone was released. It was directed by Joan Brooker-Marks.

He co-wrote the book, One Nation Under Sex along with David Eisenbach. The book was published in 2011.

This infamous adult entertainment producer once wore a diaper made out of the American flag, for which he was given a six months jail sentence for desecration of the flag.

See the events in life of Larry Flynt in Chronological Order