Ku Hye-sun is a popular South Korean actress, director, singer, songwriter and novelist. This multitalented artist has starred in many television dramas and films. She has also written scripts for two of her directorial ventures. Ku’s directorial ventures are mostly based on sensitive issues. She has also worked as an associate in many national and international Film Festivals and has directed trailers for such events. Ku's novel ‘Tango’, which includes drawings made by her, is a best seller. Her extensive list of works in the entertainment industry has endowed her with several awards and honorary titles. Ku has contributed a lot to help the organizations working towards the benefit of underprivileged children and cancer patients. She is an inspiration to many budding artists. 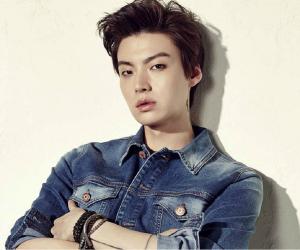 Kim Tae-ri
Actresses #1661
Film & Theater Personalities #3912
Continue Reading Below
DID WE MISS SOMEONE?
CLICK HERE AND TELL US
WE'LL MAKE SURE
THEY'RE HERE A.S.A.P
Quick Facts

South Korean People
Scorpio Actresses
Actresses Who Are In Their 30s
South Korean Actresses
Women Film & Theater Personalities
Childhood & Early Life
Ku Hye-sun was born in Incheon, South Korea on November 9, 1984. She is the second born child of her parents.
During her early years, Ku developed a liking for music and dreamed of becoming a singer. She enrolled herself at the Sung kyunkwan University – Seoul Institute of Arts, and formed a vocal band with her college friends.
Along with singing, Ku started modeling and did many internet campaigns as well. In no time, she became an internet sensation, and her dream of becoming a singer took a backseat. But she could never take music out of her mind.
Ku Hye-sun was termed as ‘ulzzang’, meaning good looking, and hence many of the modeling agencies approached her. She enrolled herself as a trainee under SM Entertainment and later moved to DSP Media to become part of a three member girl group named ‘Ria’.
After the idea of making her debut with the musical group failed, Ku signed a contract with YG Entertainment, an event management and modeling agency. Ku then decided to go ahead with her acting career and thus her career in films took off.
Continue Reading Below
You May Like