Advanced Search
Kim Yoo-jung is a South Korean actress. She has been show business star from the age of four. Popularly known as ‘Korea’s Little Sister’, Kim has grown up in the industry from a child artist to a youth icon. She started acting in films and television serials and went on to be a guest artist on leading variety shows of South Korea. She has hosted a number of shows and participated in the reality show ‘I’m Real Kim Yoo-jung in LA’ that was filmed for QTV in Los Angeles. In the course of her career she has endorsed various initiatives related to child welfare and protection of the environment. She has appeared in music videos of various artists and also performed in South Korean Theatre. She has won a number of awards and has been active on social media with a large fan following. Still in her teens, Kim Yoo-jung has made her mark in the South Korean entertainment industry and has a bright future ahead of her. Park Cho-rong
DID WE MISS SOMEONE?
CLICK HERE AND TELL US
WE'LL MAKE SURE
THEY'RE HERE A.S.A.P
Quick Facts

awards: Baeksang Arts Award for Most Popular Female in Television 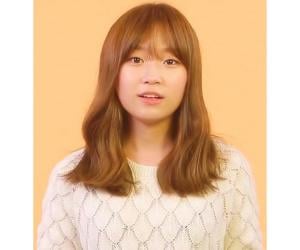 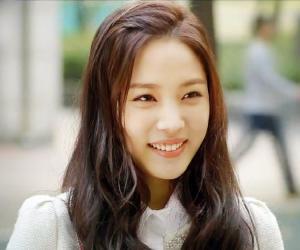 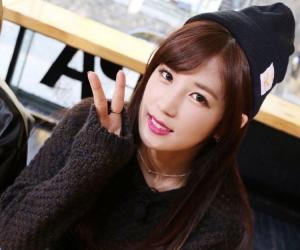 South Korean People
Virgo Actresses
Actresses Who Are In Their 20s
South Korean Actresses
Women Film & Theater Personalities
Childhood & Early Life
Kim Yoo-jung was born on September 22, 1999 in Seoul, South Korea. She has an older brother and sister. She started acting at the age of four and became one of South Korea’s best-known child artists. At five she walked the ramp at a Charity Fashion Show for Underprivileged Children.
Despite a hectic schedule due to her acting career, she attended high school at Goyang High School of Arts.
Continue Reading Below
Career
After her debut in 2003, she became South Korea’s most popular child artist. She had appeared in 13 TV serials and 15 movies by the time she was in the fifth grade. She received the Best Child Actress Award for her role in the action series, ‘Iljimae’ at the age of nine.
By 2010, she was an established actress and played major roles in the television serials ‘Dong Yi’, ‘Flames of Desire’ and ‘Grudge: The Revolt of Gumiho’. Even though she was yet to enter her teens, she learnt how to handle her acting schedule like a true professional.
Her popularity further rose in the next few years as she appeared in the fantasy drama ‘Moon Embracing the Sun’ and ‘May Queen’. During this period she participated in the Miss Gee Collection Fall and Winter Fashion Show at Paris and Seoul. She also had supporting roles in the film ‘Commitment’ and family drama ‘Golden Rainbow’ in 2013.
By 2014 she had proved herself a versatile actress with her roles as a teenage bully in ‘Thread of Lies’, a traditional funeral singer in ‘Drama Special’ and a young girl in the horror mystery ‘Room 731’. She also started hosting the popular South Korean music show ‘Inkigayo’.
The following year she appeared in the school violence television serial ‘Angry Mom’, and as a cat turned into a woman in ‘Love Cells’. She also acted as a murderer’s daughter in the action thriller ‘Circle of Atonement’ that year.
She featured in her first film as an adult with Park Bo-gum in the drama ‘Love in the Moonlight’. The film was an instant success because of her performance that won her the ‘Excellence Award, Actress in a Mid-length Drama’.
Her latest ventures include the romantic comedy ‘Because I Love You’ with Cha Tae-hyun and an overseas tour to connect with fans in Japan, China and Taiwan. She also started her own web series titled ‘Love Cells’ and ‘Love Cells 2’ that featured on ‘Naver TV Cast’ website.
Having established herself as a media personality at a young age, she went on to appear as a guest artist on a number of shows and even appeared as a narrator and host on a few. Her career as a reality star was highlighted on the show ‘I’m Real Kim Yoo-jung in LA’ that was filmed for QTV in Los Angeles.
Kim Yoo-jung has proved herself to be a multitalented star with appearance in a number of music videos and performance on stage for the plays ‘Chorus of Angels’ and ‘The Crucible’.
Continue Reading Below
Major Works
Her major films include ‘All for Love’ (2005), ‘Forbidden Floor’ (2006), ‘Rainbow Eyes’ (2007), ‘Possessed’ 2009, ‘The Nutcracker in 3D’ (2012), ‘Commitment’ (2013), ‘Thread of Lies’ (2014) and ‘Because I Love You’ (2017).
She has appeared in the television series ‘Freezing Point’ in 2004, ‘Princess Hours’ and ‘My Beloved Sister’ in 2006, ‘Queen Seondeok’, ‘Tamra the Island’ and ‘Temptation of an Angel’ in 2009, ‘Flames of Desire’ and ‘Pure Pumpkin Flower’ in 2010, ‘The Dirge Singer’ in 2014 and ‘Love in the Moonlight’ in 2016.
She has been a guest on the variety shows ‘Taxi’ (2010), ‘Strong Heart’ (2012), ‘Running Man’ (2013), ‘Happy Together Season 3’ (2014) and ‘2 Days & 1 Night’ (2016).
She has been the narrator for many shows including ‘26th Children’s Green Song Contest’ (2011), ‘New Life for Children’ (2012) and ‘Environment Special’ (2012).
She has hosted the shows ‘Just Like That’ in 2011 and ‘Inkigayo’ from 2014 to 2016. She also appeared in the reality show ‘I’m Real Kim Yoo-Lung in LA’ that was filmed for QTV in Los Angeles, USA in 2013.
She appeared in the plays ‘Chorus of Angels’ and ‘The Cruicible’ in 2008 and 2017 respectively.
Her music video appearances are ‘White Christmas’ (2004), ‘VVIP’ (2011), ‘Going to You’ (2012) and ‘7E77 ME B43Y’ (2015).
She has also walked the ramp for the Charity Fashion Show for Underprivileged Children in 2004, Miss Gee Collection – Fall and Winter in 2012 and Saion De Chocolate in 2013.
Awards & Achievements
Kim yoo-jung won the Best Young Actress Award at the 16th SBS Drama Awards, 29th MBC Drama Awards and 24th KBS Drama Awards in 2008 -2010.
For her work in ‘Moon Embracing the Sun’, she was awarded the Best Child Actress and Best Young Actress at the 4th Pierson Movie Festival and 1st K-Drama Star Awards respectively. She also won the Popularity Award for ‘Moon Embracing the Sun, May Queen’ at the 31st MBC Drama Awards.
She went on to win the ‘New Star Award, ‘Trend Choice Best Actress Award’ and ‘Style Icon Rookie’ in 2012-2014.
Her work in ‘Angry Mom’ and ‘Inkigayo’ was recognised by the Top 10 Stars Award and Inkigayo MC Award at the 34th MBC Drama Awards and the 28th Korean PD Awards respectively.
Her performance in ‘Love in the Moonlight’ got her the Best New Actress Award, Best Icon Award, Top Buzz Star: Female Award, Excellence Award for Mid-length Drama and Most Popular Actress: Television Award in 2016 – 2017.
Personal Life
Kim Yoo-jung has lived a very public life due to her early celebrity status. She has been the brand ambassador for a number of social causes related to child welfare.
As a result of her involvement in social causes, she was made the ambassador for the 58th Memorial Day Big Tree National Love Badge, Help Africa Charity, Seoul Tourism and Global Hooxi Campaign.
Her name has been associated with co-star Park Bo Gum from ‘Moonlight Dawn by Clouds’. However, she is yet to get into a serious relationship with anyone.
Trivia
In 2017, she was ranked 8th on Forbes Korea Power Celebrity list and the youngest individual to be included in the Top 10 list. 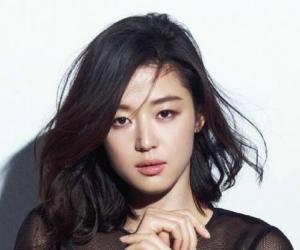 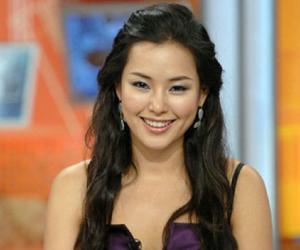 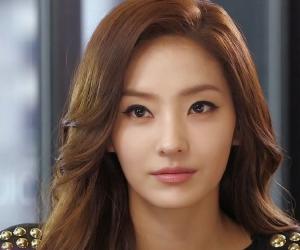 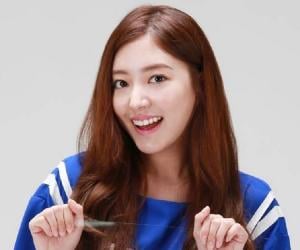