Advanced Search
Jung So-min is a South Korean actress. She made her mainstream debut with the 2010 television series, ‘Bad Guy,’ and immediately managed to grab everybody’s attention. Though she played a supporting role in the series, her character was talked about when the series was being aired on the SBS network. She then played a leading role in ‘Playful Kiss,’ which was an adaptation of the famous manga series ‘Itazura na Kiss.’ Though it wasn’t a major hit in Korea, the romantic-comedy TV series became an overseas success, earning Jung worldwide recognition. Her popularity continued to rise and gradually, she became one of the most loved actresses in the Korean film industry. Since then, she has appeared in a number of successful movies and television series. She has also appeared in a few music videos, such as ‘No Regrets’ by Noblesse and ‘Take’ by Seo In-guk. She has earned several awards for her acting endeavors. South Korean People
Pisces Actresses
Actresses Who Are In Their 30s
South Korean Actresses
Women Film & Theater Personalities
Childhood & Early life
Jung was born Kim Yoon-ji on March 16, 1989, in Jinju, South Korea, into a wealthy family.
Her father is the head of a private company and is known to be one of the richest men in the country. He wanted his daughter to pursue higher education as she had done exceedingly well in academics during her school days.
He didn’t like Jung’s decision when she expressed her desire to become an actress, but he later changed his mind when she received a fully funded scholarship, based only on her acting skills.
After becoming a successful actress, Jung once claimed in an interview that she had restrained herself from talking to her father for nine long years as he was initially against her decision of becoming a movie artist.
She is a big fan of Korean traditional dance. She started learning the same during high school. She was also trained in Ballet when she was studying in her primary and middle school.
She pursued major in Arts (acting) from Korea National University of Arts in 2011.
Continue Reading Below
Acting Career
Jung made her debut in 2010 in a supporting role in the TV series, ‘Bad Guy.’ She received a lot of attention for her acting skills in the series.
She then landed a prominent role in a romantic series titled ‘Playful Kiss.’ The series was adapted from a famous Japanese manga titled ‘Itazura Na Kiss.’ ‘Playful Kiss’ failed to perform well on Korean television, but became quite popular overseas.
Thanks to the overseas success of ‘Playful Kiss,’ her popularity crossed borders, which gave her more opportunities to grow as an actress. In 2012, she was cast in MBC’s ‘Standby,’ which is a sitcom about the life of people working in a broadcasting company.
She then starred in the sitcom ‘Can We Get Married?’ Her role in the series was much more challenging than the roles that she had portrayed before. In 2013, she appeared in KBS2’s ‘Came to Me and Became a Star’ which was a single-episode drama.
In 2014, she starred in the TV series ‘Big Man’ in which she was paired opposite Kang Ji-hwan. She played a young woman who falls head over heels in love with the protagonist.
In 2015, she appeared in two movies. She played a supporting role in ‘Twenty,’ and then appeared in the lead in the horror flick, ‘Alice: Boy from Wonderland.’ She also starred in a medical drama titled ‘D-Day’ in the same year.
In 2016, she starred opposite Lee Kwang-soo in the series ‘The Sound of Your Heart.’ The web series became a major hit in China with over 100 million views on the internet. She then appeared in another drama special titled ‘Red Teacher.’
In 2017, she appeared in a TV series called ‘My Father is Strange’ which was aired on KBS2. She also starred alongside Yoon Je-moon in ‘Daddy You, Daughter Me’ which is a comedy flick about body swapping.
She then appeared alongside Lee Min-ki in tvN network’s romantic series ‘Because This is My First Life.’
Awards & Achievements
In 2010, she was honored with Topaz Award at the 2nd Korean Jewelry Awards. She also won another award under the category ‘Best New Actress for TV’ for her role in ‘Bad Guy’ at the 18th Korean Culture and Entertainment Awards.
She was nominated under ‘Best New Actress’ category at the 2010 ‘MBC Drama Awards’ for her performance in ‘Playful Kiss.’ In 2011, she won the New Star Award at the 6th Asia Model Festival Awards.’
In 2012, she won an award under the Best Newcomer in a Comedy / Sitcom category for ‘Standby’ at the 12th MBC Entertainment Awards. In 2016, she won the Best Couple Award along with Lee Kwang-soo for ‘The Sound of Your Heart’ at the 15th KBS Entertainment Awards.
In 2017, she received many nominations under several categories for her work in ‘My Father is Strange.’
Personal Life
Jung So-min has been dating her 'My Father is Strange' co-star Lee Joon since October 2017. 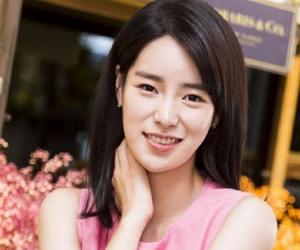