Konstantin Tsiolkovsky was one of the most respected Russian rocket scientists and a pioneer of astronautics. He is still regarded as one of the founding fathers of modern-day astronautics and rocketry, the others being the French Robert Esnault-Pelterie, the German–Romanian Hermann Oberth, and the American Robert H. Goddard. After being suspended from school at the age of 14, Konstantin designed his education himself and developed major insights into the space sciences. His work helped the Soviet Union usher in a new era of space race with the US. Before he became a scientist, he started his career as an author, writing science fiction, and was one of the very first people to study the impact of zero gravity on the human body and mind during space travel. He designed airships and invented Russia’s very first wind tunnel before he set his eyes on space exploration. In 1903, he published a paper titled ‘The Exploration of Cosmic Space by Means of Reaction Devices.’ In 1929, he wrote another paper that showed how the multi-stage rocket system was the most effective way to enter outer space. Konstantin passed away in 1935, at the age of 78. Leonhard Euler
DID WE MISS SOMEONE?
CLICK HERE AND TELL US
WE'LL MAKE SURE
THEY'RE HERE A.S.A.P
Quick Facts

Russian Celebrities
Russian Men
Virgo Engineers
Male Engineers
Male Scientists
Childhood & Early Life
Konstantin Tsiolkovsky was born on September 17, 1857, in Izhevskoye, present-day Spassky, in the Russian Empire, into a middle-class family. He was the fifth of the 18 children in the Polish immigrant family. His father, Edward, was a teacher, forester, and a minor government employee. His mother was a homemaker.
Konstantin’s childhood was not too easy. At the age of 10, he suffered from scarlet fever, which was regarded as a life-threatening disease back then. He recovered, but his sense of hearing was affected, and he became deaf. This made it difficult for him to pay attention in school. As a result, he resorted to homeschooling. To make things worse for him, his mother passed away when he was just 13 years old.
He studied almost all the basic subjects. Being homeschooled gave him enough time to study several books on topics that interested him greatly. He became increasingly addicted to reading books related to physics and mathematics. During his teenage years, he started fantasizing about space travel and believed that if humans ever colonized space, it would lead to immortality and a carefree existence.
Konstantin was almost always reading books and working on his theories, which had his father worried about his future and well-being. His father thought that Konstantin, being deprived of formal education, would not be able to make enough money for himself and his family. At the age of 19, Konstantin moved back to his paternal house.
Konstantin then moved to the small town of Borovsk and started working as a school teacher. Around the same time, he met Varvara Sokolova and got married to her soon after. Soon, he was sent to another school in Kaluga, and he remained there for the rest of his life. His little home there became the center of a number of scientific achievements that would later be known to the entire world.
Continue Reading Below
Achievements
Initially, Konstantin was interested in the philosophical aspects of space travel, as the concept seemed very impractical at that time. He often wrote science-fiction stories, where he elaborately mentioned designs for rockets, space stations, and airlocks, which could be crucial for humans exiting their spaceships and entering the vacuum of space.
One of the very first of his scientific theories dates back to 1880, when he published a paper titled ‘Theory of Gases.’ His paper focused on the kinetic theory of gases, but it was rejected by the ‘Russian Physico-Chemical Society’ on the basis of research made years before Konstantin came up with his theory. His second paper, ‘The Mechanics of the Animal Organism,’ made him a member of the society.
In 1883, he published a paper that explored the effects of zero gravity in space. After 1884, Konstantin concentrated all his attention on airships and rockets for future interplanetary travel. In the late 19th century, he devoted a lot of his time to the development of an all-metal airship balloon, which could be expanded or shrunk upon requirement. At the same time, he worked on developing the first all-Russian wind tunnel.
In 1903, he came up with the research paper ‘The Exploration of Cosmic Space by Means of Reaction Devices,’ which was published in ‘The Science Review.’ Konstantin then published several other articles, which collectively became the first-ever scientific research study that solely dealt with realistic space explorations.
Konstantin made the path-breaking discovery that spaceships could be fueled by liquid hydrogen and liquid oxygen. Liquid hydrogen had only been discovered a few years prior to the paper being published. His proposed design is the one used in current space rockets. He suggested that a rocket must have three parts and that the pilot and the co-pilot must sit in the first compartment. He further suggested that the remaining two parts should contain liquid hydrogen and liquid oxygen, to push the first compartment into space.
‘The Scientific Review’ took a backseat soon after. Konstantin concentrated on his job as a teacher and continued teaching for the most part of early 20th century. However, he had turned his apartment into a lab and continued working privately. His research papers slowly crossed national borders. American scientist Robert H. Goddard and German–Romanian scientist Hermann Oberth had been independently working on the same concepts. All three of them, along with French spaceflight theorist Robert Esnault-Pelterie, are collectively known as the “fathers of rocketry.”
In 1929, Konstantin published another paper, where he further elaborated on three-stage rockets. He came up with several other plausible options, such as using a graphite rudder to push the rockets into space, using pumps to drive fuel to the combustion chamber from the storage tanks, and using propellants to cool parts of the rocket.
Apart from being a brilliant rocket scientist, Konstantin was a music lover, too. Despite suffering from a hearing problem since a very early age, he understood the intricacies of music and even authored a paper titled ‘The Origin of Music and Its Essence.’
Other Works
Apart from science fiction, Konstantin had an interest in philosophy and advocated the philosophy of panpsychism in his book ‘The Will of the Universe. The Unknown Intelligence.’ He believed that someday, humans would be able to colonize the Milky Way using their technological advancement.
Personal Life & Legacy
Konstantin Tsiolkovsky had devoted his entire life to science and technology, but his work was not acknowledged until much later in life. In 1918, he was made a member of the ‘Socialist Academy.’ He worked as a school teacher until the age of 63. Since 1921, he was put on a pension scheme.
Only toward the mid-1920s did the Russian government begin to understand the genius that he was. Soon, the government provided financial backing to his research. He became highly popular in Russia by 1931, when popular science-fiction writers began mentioning his name as one of their key inspirations.
Konstantin died on September 19, 1935, due to the complications arising from stomach cancer.

See the events in life of Konstantin Tsiolkovsky in Chronological Order 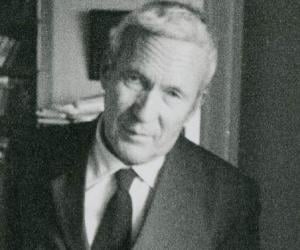 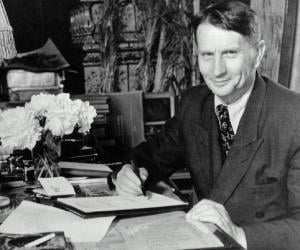