Kitaw Ejigu was an Ethiopian American engineer and political leader; he was one of Ethiopia’s first aerospace scientists. With the completion of his studies in the late 1970s, he was drawn towards aerospace technology and started working for NASA as a system engineer and space research scientist. He invented two aerospace mechanisms which were patented under NASA’s new technology. He collaborated with other scientists to create space shuttles and rockets that assisted in planetary science research and exploration of planet earth. Among his greatest achievements while working on space technology were his innovative creations of the Global Positioning System (GPS), and a revolutionary and dynamic flight simulator for the Boeing Company. Apart from his work as an aerospace scientist, he was also known for his efforts to bring about political change in Ethiopia. Because of his deep concern and love for his motherland and its people, he dedicated most of his later years serving as a visionary leader. He established the major opposition party, The Ethiopian National United Front, and worked towards the liberation of people in his homeland. He earned the respect of millions of followers due to his visionary leadership and personal accomplishments. Sukarno
DID WE MISS SOMEONE?
CLICK HERE AND TELL US
WE'LL MAKE SURE
THEY'RE HERE A.S.A.P
Quick Facts

Ethiopian Celebrities
Black Engineers
Black Scientists
Political Leaders
Mechanical Engineers
Childhood & Early Life
He was born on February 25, 1948, in Bonga, Keffa, Ethiopia, and received his early education from the Miazia 27th High School in Jimma province.
He attended the ‘Bahr Dar Polytechnic Institute’ and received his diploma in 1966 in mechanical engineering with specialization in agricultural technology. After graduation, he worked at the ‘Ethiopian Automotive Services and Sales Company (EASSCO)’ as Chief Technical Advisor and Assistant Manager for two years.
In 1972, he won a scholarship from the Japanese Overseas Technical Association on the basis of which he studied automotive engineering at Hiroshima University, and language and Japanese economics at Osaka University.
Later, he moved to the United States and began his intensive research and training and earned an MS/MBA in business administration in 1979. Then he completed his doctorate in space vehicle systems engineering from Northrop University in California.
Continue Reading Below
Career
While pursuing his academic studies, he worked for different aerospace companies, such as Garret Air Research, and Advanced Bonding Technology Labs; subsequently became interested in space technology.
In 1977, he was hired by the Jet Propulsion Lab (JPL) of California Institute of Technology, a NASA research center, in Pasadena, California, where he eventually became the ‘Chief Spacecraft Systems Design Engineer’. Alongside, he also managed a joint NASA/ESA International Solar Polar Mission Spacecraft Systems Interface.
Later, he served as the ‘Space Technology and Systems Research Scientist’ at Boeing and Loral Corp. As a scientist, he was responsible for the definition, design, development, integration, testing and launching of advanced planetary mission spacecrafts and earth-orbiting satellite systems.
In 1986, he joined Rockwell International (builder of the space shuttle orbiter), Space Systems Division. He became a Principal Investigator/Chief Research Engineer for several advanced space systems projects at Rockwell. He also worked as a Project Manager in the Advanced Programs Engineering Department.
He oversaw the development of advanced technologies for Kinetic Energy Weapons Systems in support of the SDI and related programs (ASAT, GBI, E2I, TMD). He also served as a program manager for a Lunar/Mars Micro-Rover research and development effort in support of NASA's future exploration missions.
Later, he turned his attention to Africa and his homeland Ethiopia hoping to introduce technology based development. He established Trans Tech International, a global technologies service systems which was a privately owned satellite and related systems engineering company. He served as its President/CEO until he passed away.
In 2001, he visited former Ethiopian university students who took refuge in Kenya after being dismissed from the national university. At their behest, he founded the Ethiopian National United Front (ENUF). He publicly denounced the regime in Ethiopia and its actions and policies. He also played a major role in enrolling some students at the University of Nairobi, and in providing them with some much-needed support.
Prior to his death, he was planning to work with Tad Worku , the founder of Africa Needs Community Development Corporation. He wanted to utilize his valuable knowledge for the benefit of the people of Africa and the world.
Major Works
In 1978, while working with other NASA scientists and the Apollo astronaut Buz Aldrin, he invented two aerospace mechanisms which were patented under NASA's new technologies programs.
Personal Life & Legacy
He married Stella Ejigu, who also became one of his ardent supporters. They have three children, Sarah Abigail, Benyam and Yared.
On January 7, 2006, he was enjoying with his family in Austin, when he fell and hurt himself. The team of neurosurgeons was unable to stop the internal brain hemorrhage and his condition deteriorated.
He died an hour past midnight on January 13, 2006, four days after he underwent surgery at North Austin Medical Center in Austin Texas. A memorial service was held at Lake Avenue Church in Pasadena, California, followed by his burial at Forest Lawn Cemetery, Covina Hills.
Recommended Lists:
Leaders #12558
Engineers #1000

See the events in life of Kitaw Ejigu in Chronological Order 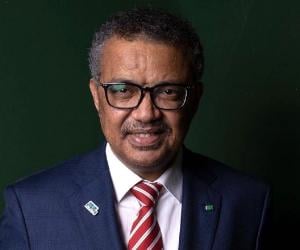